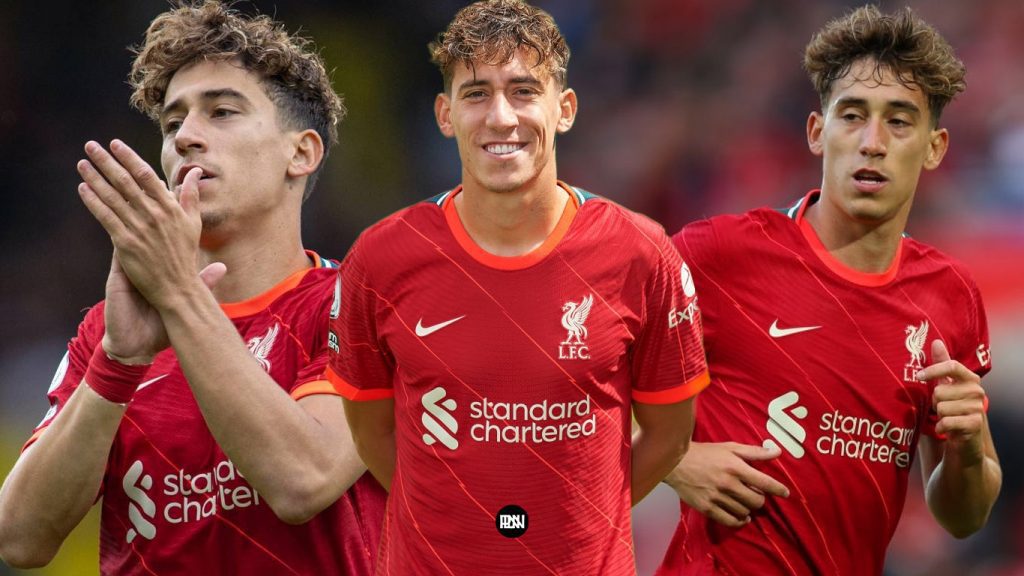 A string of solid performances has proved its worth in gold as Liverpool’s Greek left-back, Kostas Tsimikas, made his Premier League debut against Norwich City on Saturday – a year after moving to the club.  Following an excellent pre-season outing and an unfortunate injury to Andy Robertson, Tsmikas slot into the First XI in the Reds’ first game of the season.

However, Robertson’s absence did not hinder Liverpool’s attacks, as the 25-year-old put in an outstanding shift at left-back. Tsimikas’ palpable energy, his confidence to receive the ball and drive into the oppositions, and deliver dangerous crosses proved vital as the Reds’ sealed a 0-3 victory at Carrow Road. An impressive outing has put Tsimikas on the watch-list for the upcoming games, with Robertson unlikely to return until after the international break. 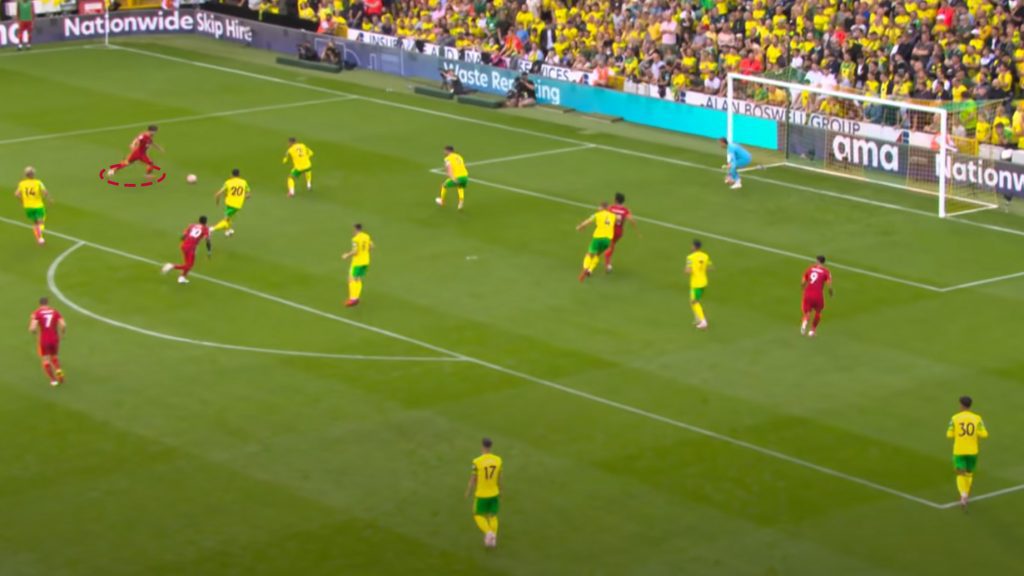 Despite a few hiccups, perhaps, the highlight of Tsimikas’ performance on Saturday was his conviction to receive the ball along the halfway line and drive into the space in the attacking third. Much like Robertson’s role as a left-back, Tsmikas made the necessary runs along the left channel and delivered numerous daunting crosses into the box.

The Greek also carried out his defensive duties with diligence accounting for the most clearances (6) and the second-highest number of tackles (3) amongst his teammates. Tsmikas came close to scoring on his debut in the second half as he pulled a powerful driving shot, coming in from the left flank before it was saved by Tim Krul.

An unfamiliar presence in the Liverpool backline, Tsimikas’ put in an encouraging performance away from home. His blistering pace and relentless energy seamlessly fit into Jurgen Klopp’s system, while his technical skill and consistent delivery into the box make him an ideal replacement to Robertson. 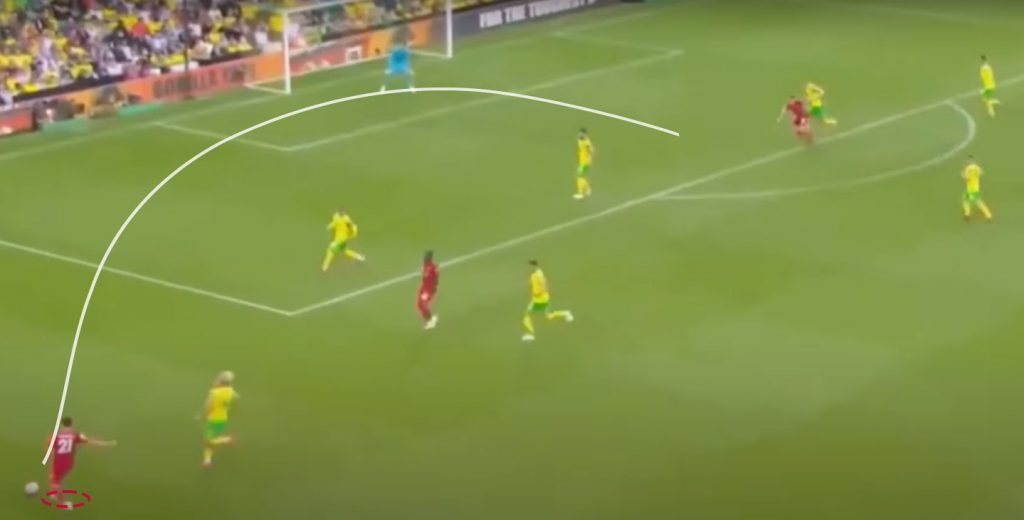 From the time of his arrival, Tsimikas’ set-piece capabilities were undoubted. The Greek delivered several tasty crosses from indirect free-kicks against Norwich City, one of which led to an outstanding goal from Mo Salah from the edge of the 18-yard box. In addition to his set-pieces, Tsimikas also opened up space, enabling himself to target Norwich’s full-backs and provide the creative outlet along the left flank.

Further, the 25-year-old’s ability to use either foot and comfortably cut inside off the defender and deliver a cross made him a constant threat in attack. Though he completed only one successful cross into the box, his three passes into the final third equalled that of Trent Alexander-Arnold on Saturday. With much to improve on going into the next fixture, Tsimikas showed promising signs marking him as a potential challenger for the left-back spot at the Merseyside club. 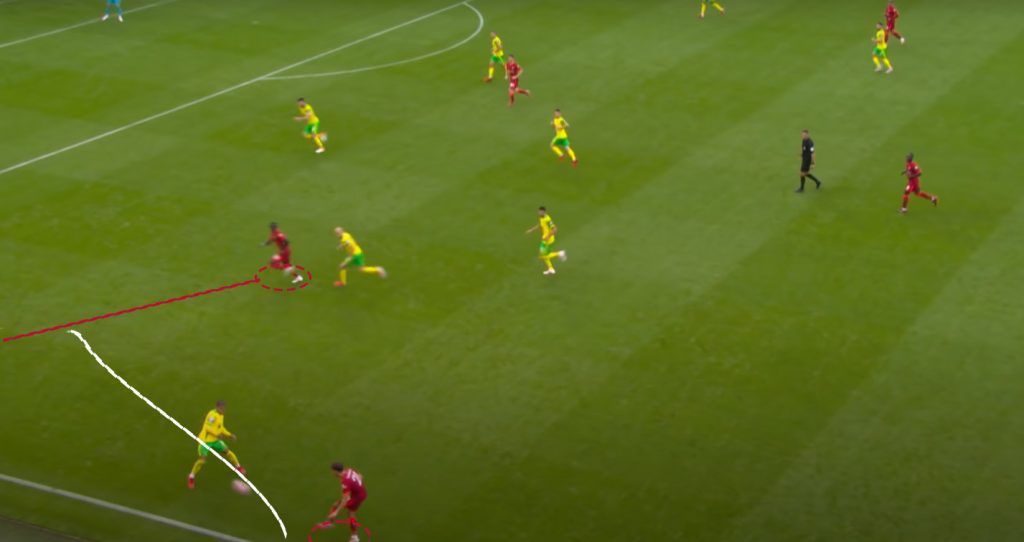 Throughout pre-season and on his debut on Saturday, Tsimikas’ put on a confident show of his technical skill and ability. Be it for the cheeky chip over his opponent on his Premier League debut or the ability to cut in and offer width on the flank, the Greek showed has shown promising signs of his potential.

Though sloppy in possession in the second-half, Tsimikas was a vital part of Liverpool’s attack, accounting for four carries into the attacking third whilst recording two shots and completing the same number of dribbles against the Canaries. Additionally, his four carries into the box were only beaten by six players on the opening weekend, with Joao Cancelo the only accompanying full-back amongst them. Tsimikas also had the second-highest number of touches (82) and boasted an incredible 80% pass completion rate on his EPL debut.

Overall, the Greek international promising attributes make him an ideal replacement to Robertson and a tailor-fit in Klopp’s preferred attacking set-up. Provided he improves on his lapses in concentration and adapts to the pace of the Premier League, Tsmikas may prove to be a potential challenger for the left-back position at Liverpool.