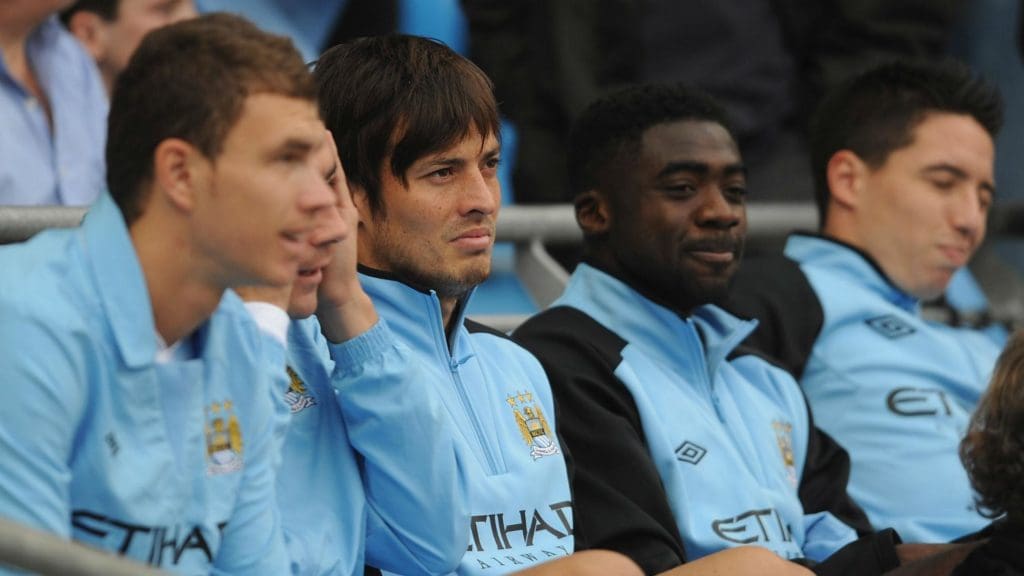 Former Manchester City defender Kolo Toure has revealed it was an honour to play alongside David Silva, adding that he was marveled at how the Spain international form an impressive partnership with Yaya Toure.

Silva will be bringing an end to his 10 years industrious career at the Etihad Stadium after the season comes to an end later this month.

He is set to be involved in the Citizens Champions League last-16 tie against Real Madrid at home, knowing that losing by a two goal margin could spell the end of his time in Sky Blue.

Toure played together with the Spaniard winning the first of four Premier League titles of Silva in the former’s last but one season at the club, before making a switch to Liverpool.

“We called him El Maestro,” the former Ivory Coast centre-back told Stats Perform News. “He’s a fantastic player, technically unbelievable. I loved to play with him, especially with Yaya. All you had to do was pass them the ball. Yaya would come next to you, to get the ball, then Yaya would see David ahead and send the ball up quickly and the attack was on.”

The former Arsenal also talked how Silva’s ability to read the game and adjust to the demands of the Premier League.

“David doesn’t go to fight, he looks for gaps, for space to play between lines to help players,” he explained. “He doesn’t look for fights, he doesn’t need that. He just looks to help players. It was an honour to play with him.”

Toure is also of the idea that his younger brother has got every reason to be remembered as one of the finest midfielders English football have seen, taking into consideration his influence.

“Yaya at one point was the most influential player in the league,” he added. “Scoring goals, making assists – scoring crucial goals.

“On the other side there are lots of things that have distracted his life, but Yaya is a legend in the Premier League, not just because he’s my brother, but because he’s a top player. Like Gerrard, Lampard. They were the best. He could score goals, pass, and run the game – a top player.”