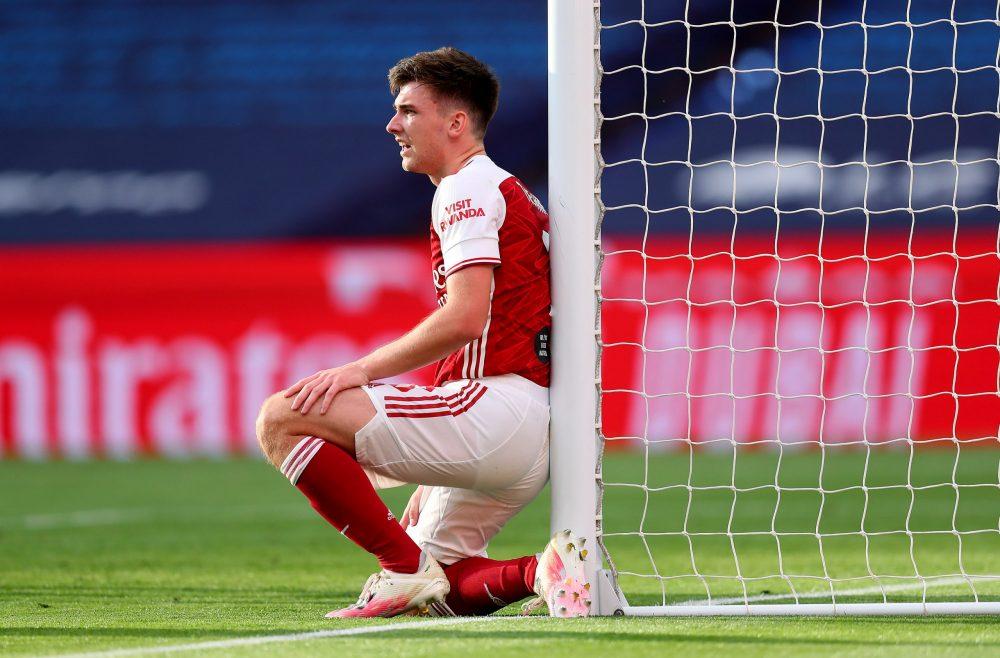 Kieran Tierney has surely stood out as one of the most effective recruitments in Raul Sanllehi’s eventful tenure at Arsenal. The Scottish international stands out of all the signing that the former Barcelona man-made in all respects. While Tierney may not be the most talented of the group which consists of the likes of Nicolas Pepe and William Saliba, however, he has surely managed to become the most important clog amongst the group and that says a lot about his character and will.

In a season which has been disappointing for Arsenal, Tierney has not only stood out as one of the most consistent performers in the team on the pitch but his leadership has also shone through the dark allies of hopelessness and disappointment that has prevailed over the club in recent weeks.

Mikel Arteta has reverted to a new set of tactics to compensate for the evident lack of creativity in Arsenal’s play by tasking the full-backs of taking advanced positions on the pitch and delivering crosses into the box in order to create goal-scoring opportunities for his teammates. Kieran Tierney has taken most of the burden of chance creation under Arteta’s new strategic setup and has virtually played as left-sided centre-back, left-back and left winger, all in a matter of 90 minutes and has excelled in all his roles.

When Arsenal finally won a match against arch-rivals Chelsea in a surprisingly convincing 3-1 win in the London derby, Tierney again had a major role to play as he won the penalty for the first goal which was later converted by Alexandre Lacazette. However, his post-match conference was even more impressive as he was one of the few who had actually praised Bernd Leno in particular for his impressive penalty save in dying moments of the match. The headlines were usually dominated by the likes of Bukayo Saka, Alexandre Lacazette, Granit Xhaka and Gabriel Martinelli, however, Tierney didn’t forget to mention Leno’s contribution and event went on to claim that the German “saved” his side. Kieran Tierney once again didn’t fail to show why he’s a leader both on and off the field.