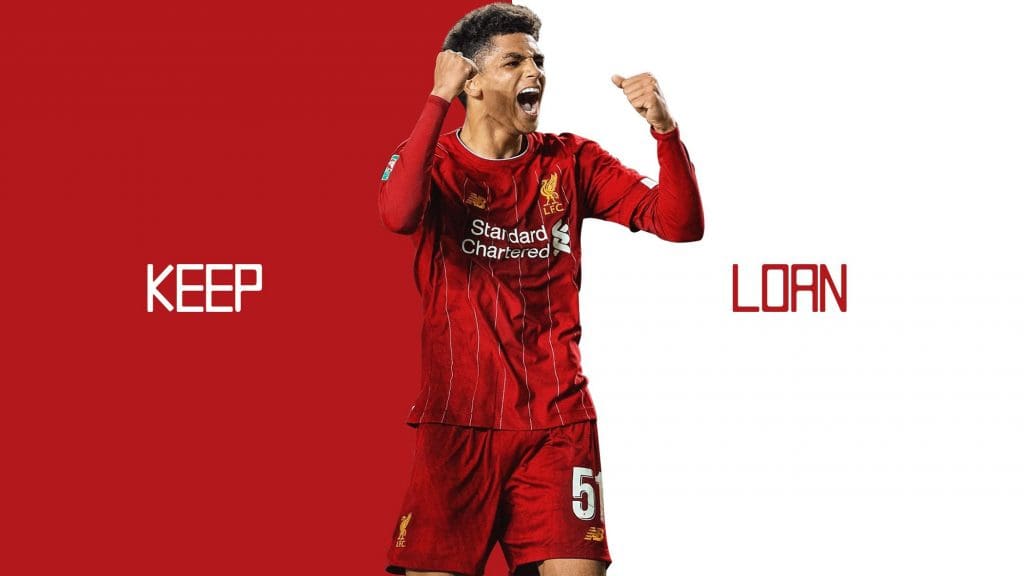 Liverpool youngster Ki-Jana Hoever started his youth career with AZ Alkmaar before joining Ajax’s youth side in 2014. Hoever featured 13 times for the Dutch side U-17 Eredivisie in the 2017-18 scoring two goals.

He is primarily a right-back but is equally comfortable to take up the role of a centre-back. This was enough for him to impress Liverpool, who signed him in August 2018. The Reds only had to pay around €100,000 to cover compensation costs with Ajax and secure a deal. 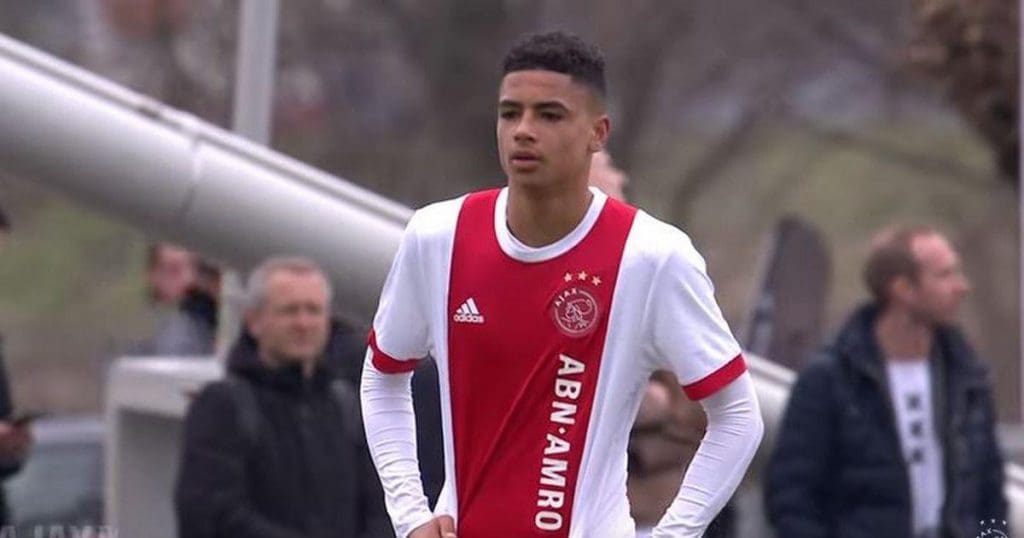 Ki-Janan Hoever made his first appearance for Liverpool in September 2018 in their 4-1 win against Newcastle in a U-18 game. Due to his performance, he was also given a substitute appearance in UEFA Youth League 2018 against PSG.

He later played Liverpool’s next game as a centre-back against Napoli and the Reds won 5-0, sealing a place in the KOs. In November 2018, he was given his U23 debut against Everton. His debut earned him praise from Liverpool’s U23 manager Neil Critchley.

“I thought his calmness and assurance, his decision-making, his intelligence without the ball, it was terrific. I was very impressed with him indeed,” Critchley said after the game. 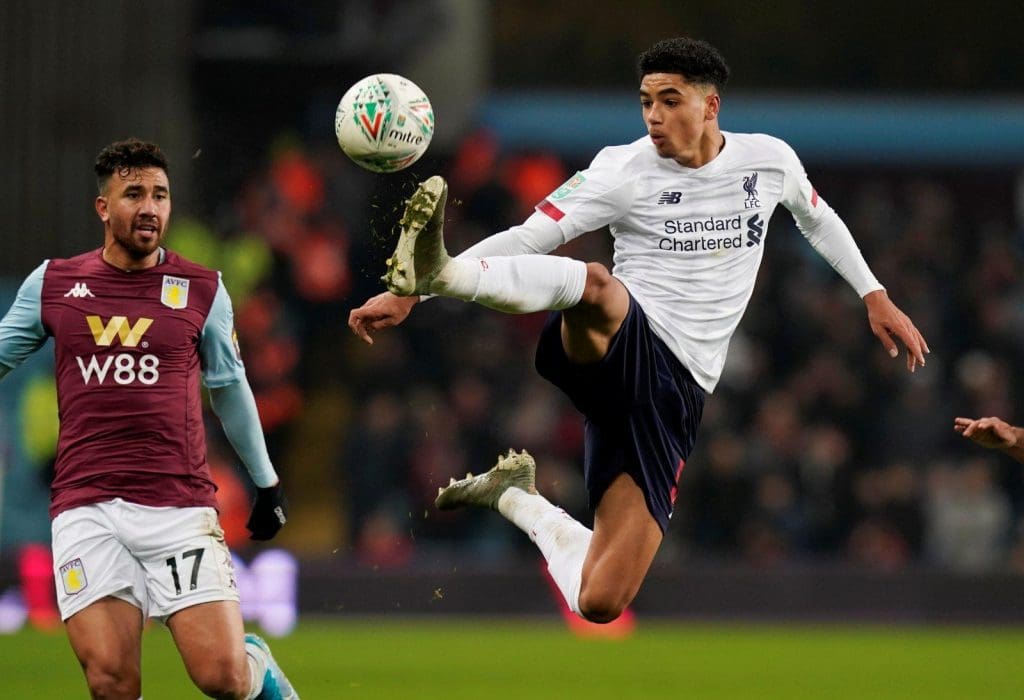 He made few more appearances in the Premier League 2 including Liverpools U23’s 4-1 win against reigning champions Arsenal. From December 2018, he has been training with Liverpool’s first team and it didn’t take him long to impress Klopp.

Jurgen Klopp played a 9v9 in a training session and Hoever marked Salah brilliantly that game and earned plaudits from the manager. Next month he handed his first-team debut against Wolves in FA Cup. After making his U18 debut for Liverpool in September, he rose through the ranks in three months and made his debut for the first team. Some story.

Klopp on Ki-Jana Hoever: “He is one for the future. He is in training and it is a joy to watch him. When the future starts I don’t know.”

Hoever also made headlines while playing for the Dutch side and helping them reach semis where they lost to Mexico on penalties. He couldn’t play the semis as he was suspended. Due to the tournament, Hoever also missed the Carabao Cup 5-5 draw of Liverpool vs Arsenal, which the Reds won on penalties.

Here’s his goal against Paraguay in their 4-1 win.

Ki-Jana Hoever scored the first goal in Holland’s 4-1 win over Paraguay in Quarter-Final of U17 World Cup. They play Mexico tomorrow in the Semi-Final. pic.twitter.com/UpycopEYDQ

Ki-Jana Hoever is a cool and calm defender with good authority on the ball. He is calm in possession and is good at reading the game. He is versatile at the back as he is comfortable at both centre-back and right-back. It looks like Liverpool have hit a jackpot in signing the youngster. There’s a good chance that he could even develop into a defensive midfield player in the future and don the number 9 jersey for the Reds. 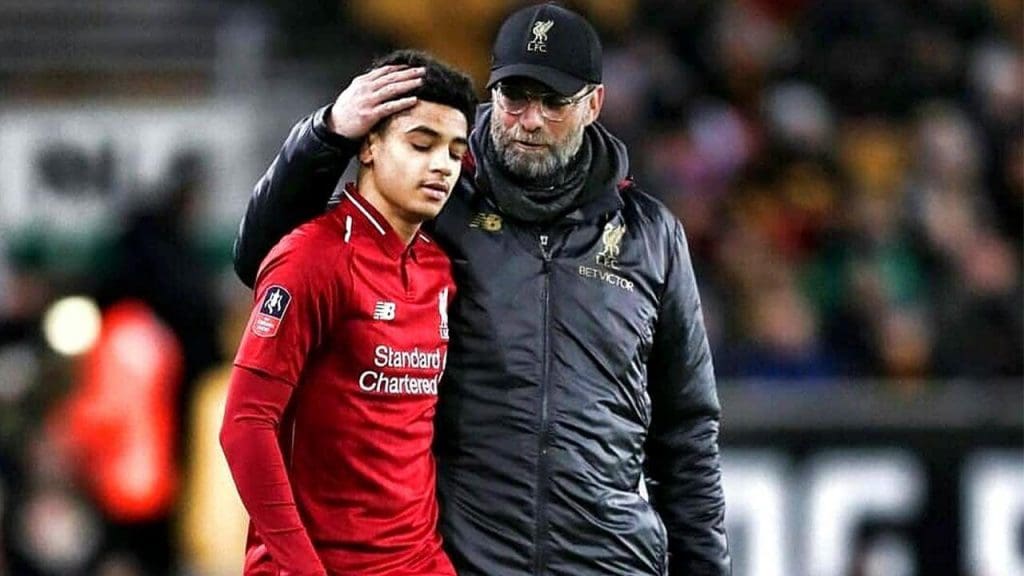 Liverpool have a plethora of top players in their first-team. So, let’s be honest, Hoever is not going to be ahead of any starting defenders in the pecking order for the next few years. So, he should move out on loan to any Championship side because he has already shown his attribute for the Liverpool side and we’re sure there will be many takers.

But in Liverpool’s perspective, Hoever should be promoted to the first-team permanently as deputy to Trent. As Clyne is leaving this summer, Liverpool doesn’t have a backup RB. Hoever could provide much-needed depth to their squad next season and also act as the fourth-choice centre-back. For the first team, he would regularly feature in Cup games and will also rest Trent before an important fixture.