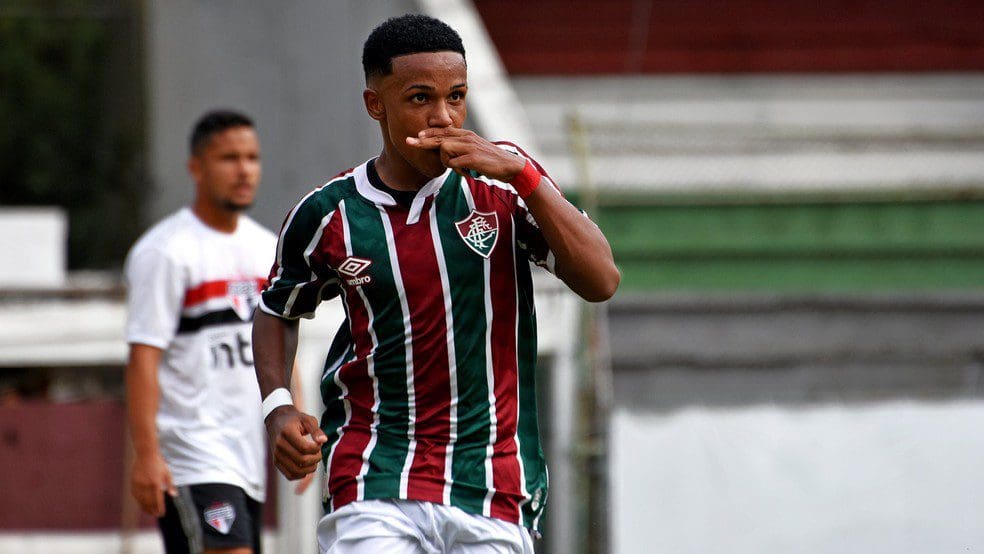 The 17-year-old Fluminense winger Kayky is on the verge of joining Manchester City on a five-year contract. The youngster is deemed to be the best talent in South America and has been snooped by Manchester City from under the noses of Liverpool who were assumed as favorites to sign Kayky.

His performances for the under-17 Fluminense team have not gone unnoticed and the winger is about to make a huge leap in his footballing career. The young Brazilians dribbling skills, ball control, creative gameplay, and agility show that he might be the best winger for Brazil in the next decade or so.

Introducing Kayky (17) who is set to join #ManCity in 2022, according to @geglobo. 😍🇧🇷 via @TheCitizensBR pic.twitter.com/JJP8SSn5xo

In this tactical analysis, I will be talking further in detail about his playmaking abilities and what makes him a threat from the right flank.

Kayky is an extremely talented player who has the ability to play anywhere in the according to third, though his preferred position to play is in the right-wing. He is a dazzler with the ball under his shoes and often uses his quick foot to sneak past the defenders, cut inside, and create a goal-scoring opportunity for himself or his teammates.

Though only 17, he has the footballing brain of an amateur and is brilliant in his off the ball positioning. He recognizes spaces where to run into or where the ball will be played. His exceptional ability to maneuver in small spaces makes this skill of his an asset as he can control the ball at the same time.

The versatile forward likes to roam around the pitch and can don any side as per his liking. His accuracy is also up to the mark with his left foot and he can easily curve the ball past the goalkeeper into the distant corner from mid/long range.

All things considered, what makes him a brilliant winger is his ability to wriggle past the defenders. Thanks to his electric pace and acceleration ability, he can catalyse those dribbles into goal scoring opportunities.

Kayky loves to play as a right-winger in a 4-3-3 structure. The youngster has done wonders for Fluminense in the same position and has scored 16 goals in 24 games that he has played for Brazil.

He on the right-wing is also beneficial for the team because of his fast direction shifts from the right. The youngster also likes to create spaces for himself and make shoots which being on the right makes it easier for him to shoot from the stronger foot.

Manchester City was also lured by the fact that Kayky is a left-footed winger who prefers playing in the right. The Champions have been awarded with the likes of Bernardo Silva and Riyad Mahrez in the same position and therefore view the Brazilian as a replacement in the position for the long run.