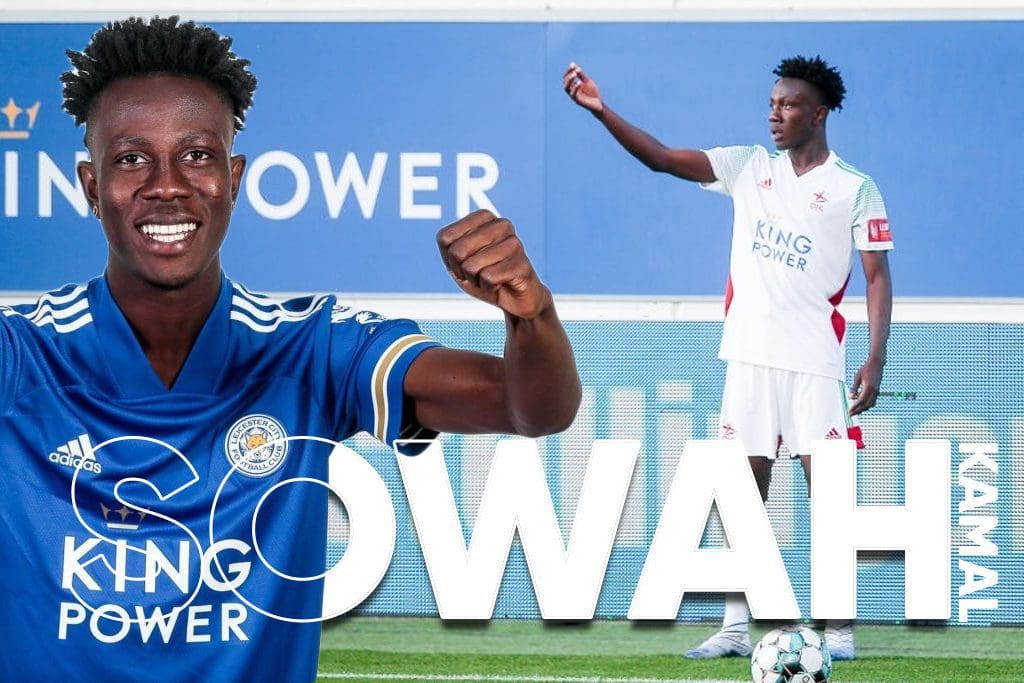 Kamal Sowah, the Ghanian winger who signed for Leicester City in 2018, has been on fire for Belgian side OUD-Heverlee Leuven. The 21-year-old joined Leuven on loan almost immediately since signing his professional contract with the Foxes. He is now on his third consecutive year on loan in Belgium, playing the 2020/21 season at the highest level, i.e., the Jupiler Pro League.

Sowah can play anywhere across the front line and has also chipped in as a central midfielder on numerous occasions for his side. Leuven finished eleventh-placed in the Pro League, impressing many fans after their return to the top division for the first time since 2015/16.

Impressively, Sowah started in every single Pro League game for his side in 2020/21, scoring 8 goals and contributing 6 assists in this time. His brace against Gent got plenty of attention in the early parts of the season. Interestingly, Leicester City announced that he has signed a long-term contract with the club just 1 day before his double vs Gent.

What happens in the future?

Given the fact that Leicester extended his contract, it is evident that the side does have plans for him in the future. While the Premier League is a whole different ballgame to the Belgian first division, it would only be right to give him the chance to shine against the best. Assuming Sowah does return to Leicester for the 2021/22 season, pre-season will be crucial in determining whether it’s worth keeping him or sending him out on loan again.

Brendan Rodgers already has James Maddison and Harvey Barnes for proven attacking midfielders/wingers, so Sowah’s chances would be limited unless he can really shine like no one would have expected.