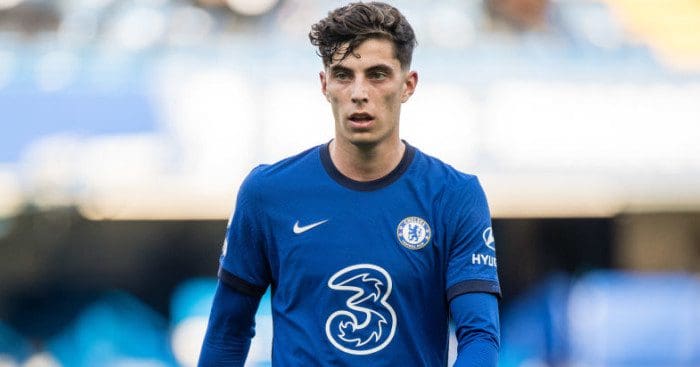 The summer of 2020 saw one of the most highly rated young midfielders in world football: Kai Havertz move from Bayer Levekusen to Chelsea for a massive fee of £62 million with a further £20 million as expected add ons. European super giants such as Bayern Munchen and Real Madrid too expressed their interest in the young midfielder but ultimately Chelsea succeeded in signing the 21 year old German. When Havertz arrived at the bridge, much was expected from the very highly rated midfielder who has been compared to the likes of Mesut Ozil and Michael Ballack.

However, in 9 league games this season, Havertz has scored just one goal and has assisted once. This is a far lower output than the German managed in the Bundesliga. The German has also been weak in possession, particularly in duals and has misplaced many quite passes as well. So what is the reason behind the string of underwhelming performances? Especially from a player who has, at such a tender age, showed the world football what he is capable of.

Lampard started the season with a strange 4-2-2-2 formation where Havertz was played in deep wide role on the right side. Havertz looked completely out of position in these games. In fact, in the game versus Brighton, he was played so deep that his average position was in his own half, even deeper than N’ Golo Kante who is a CDM. Lampard finally changed the formation to 4-2-3-1 where Havertz could operate in his favorite CAM or number 10 position. It was in his first game at CAM that he bagged his only PL assist and a pass that led to Tammy’s late equalizing goal. This was followed by a hattrick against Barnsley, an impressive performance versus Crystal Palace in which Kai won a penalty as Chelsea went on to score 4 and Kai’s first and only PL goal so far vs Southampton. While this formation was highly benefiting Havertz, Chelsea’s results were dipping. Thus Lampard changed to a 4-3-3 formation where Havertz is being played in a deep role alongside N’Golo Kante in midfield. Kai is yet to score or assist under this formation.

Adjusting to life in the Premier League:

Havertz’s team mate and close friend; Timo Werner spoke about the physicality of the PL and how it is much more physically demanding than the bundesliga, the league in which him and Kai played before. Havertz has mostly been played in midfield and his lack of physicality has not gone unnoticed. The German midfielder has a low duels success rate and a lot of it is down to him playing a little too casually for the rough and tumble of the Premier League.

Followers of Havertz in the Bundesliga will be aware to the pattern the German midfielder has developed over the past seasons. Havertz has always had a far better second half to the season than the first. He is known to be a “slow starter and strong finisher”.