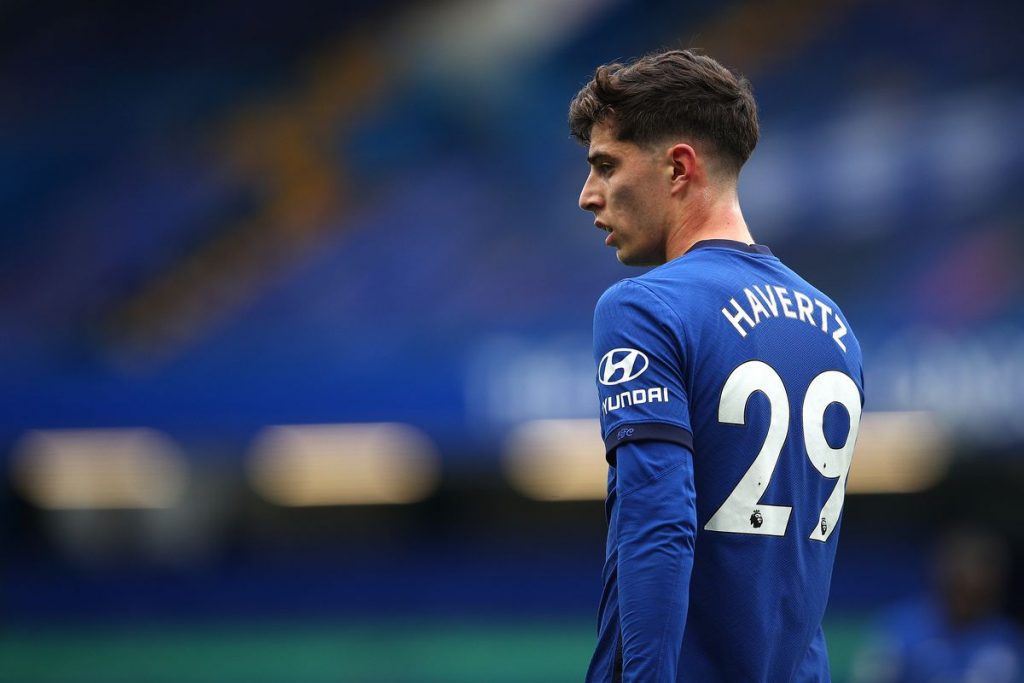 With Chelsea out of form and Frank Lampard being under the radar, many blame the out of form German incoming duo Timo Werner and Kai Havertz for the outcomes. Both Timo and Kai have not lived up to the expectations that many had. With Timo being the one with a lesser transfer price and also having a decent start is still less criticized than his German counterpart Kai Havertz.

The initial days of Kai Havertz at Chelsea saw him being deployed as a no. 10 due to injury concerns in the squad which forced Mason Mount on the wings and him being the only central offensive midfielder. But with the return of first-choice wingers, Frank tried to exploit his attacking talent by changing the formation to a 4-3-3 with two no. 8s which helped Chelsea to attack in maximum numbers. However, since then Kai has not been able to step up. Due to his isolation concerns and post-COVID effects he was not able to shine in the blue jersey.

Some believe it was due to the position change while others blamed his luck and termed him as a ‘Flop’. But no one really cared how the youngster was impacted by this. This all saw him being not named in the starting XI for a month straight and having cameos off the bench where he showed no signs of improvement. With many debating no.8 or no.10 being his ideal position or not, we at Premier League News Now put in our opinion analyzing the situation.

Kai Havertz being in as No.10 was very beneficial for him as this helped him mark his first goal for the Blues which later he converted into his first hat-trick as well. This just helped him to settle down in the Prem and also give him confidence. But this very much had a requirement of a striker who can play ball well and combine well. But with Werner being eyed as a potential striker for the future this looks all the more unlikely that Kai will be supplied with such balls.

He got his hat-trick against Barnsley only due to his great team-up of him with Tammy up top. Also being the no.10 he forces the team to play with two Defensive Mids which prove to be a bit defensive and also Chelsea cannot truly give justice to the attacking talents on the bench. Also, this forces Mason Mount either off position or him being on the bench which Frank is not a fan of as he wants the press to start with Mason.

With the change in formation Mason and Kai Havertz, both can be adjusted only when Chelsea can deploy two attacking mids with one defensive no. 6. This really helped the team to attack and was crucial in the 17 games unbeaten run this season. This also helps to get the best of Mason Mount and gives the team extra attacking enforcement up top. But this definitely did nothing good for Kai personally as now he has to go back and contribute defensively as well. This just drains out his energy and also force his average position closer to his own box rather than the oppositions. However for the team, their best display of attack, in the game against Krasnodar in the UCL, came only after Frank shifting to a 4-3-3, and thus he would continue with the same.

Kai Havertz is a very able performer and has a lot of potentials as displayed by him in his previous years in Germany. We really prefer to see him being given the free role in the center of the pitch where he can easily move about the opposition box. Designating him a specific role would not benefit him.

Letting him play freely and invading the opposition box seems to be perfect as this allows him to invade the final third helps him to have an attacking intent and also with him being tall enough makes him a favorite for many of Ziyech’s crosses. He can at times serve as the False 9 and head in goals, a quality that Werner lacks upfront.

In Chelsea’s recent matches we have seen this as against Man City, he was able to assist Odoi from the left position which normally isn’t where he designated to. Also in Chelsea’s game against Morecambe, as he was seen invading the box, he managed an assist for Werner and also later scored with both his contribution coming from headers and him being very close to the goal.

A position where Kai Havertz is left free to either be the second striker or moving on his favored right position will help him. Last season at Bayer Leverkusen he had a poor first half of the season and in the second half managed 23 goal contributions in the 24 games and we thus expect a similar turnover this season as well.