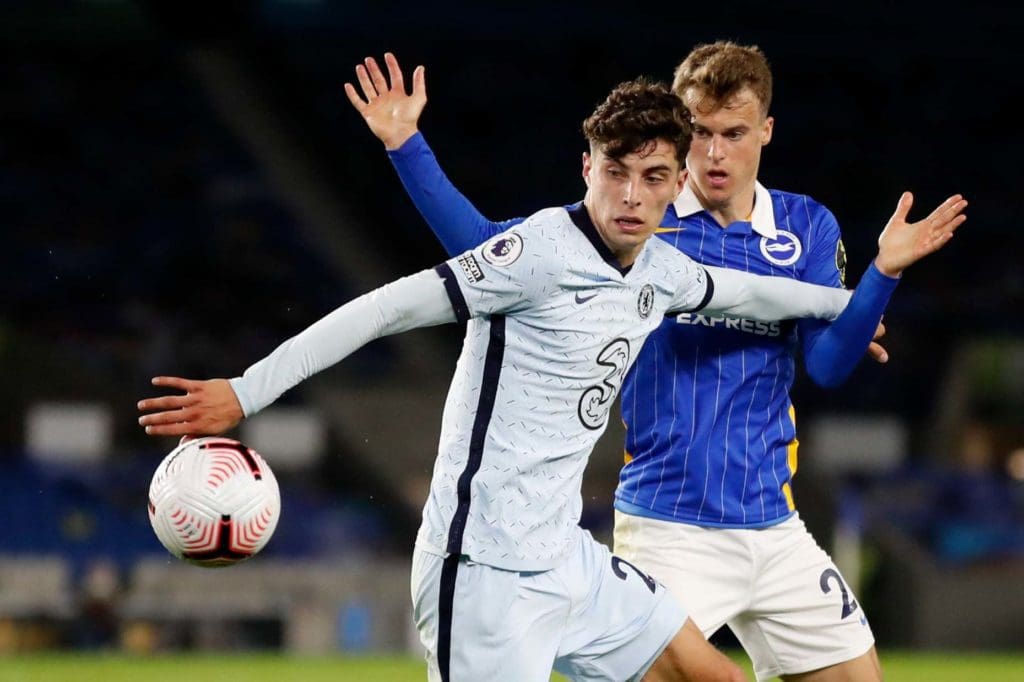 Kai Havertz has admitted “the Premier League is much tougher than the Bundesliga” following a quiet debut for Chelsea against Brighton & Hove Albion.

Having made a big money move to the English side, the Germany international is expected to have a positive effect in the Blues’ game straight away.

However, it will take quite a while before the 21-year-old is suited to a new environment considering the testing times in the Premier League, and the youngster needs to be given enough time to gel.

For someone who had no problems creating chances for his former side during his time in the German Bundesliga, Havertz could not find his legs in his maiden debut against Brighton.

Frank Lampard’s team are willing to give the player the needed time to pick his form knowing the talent he has at his disposal, and are hopeful that his colleagues will step up while he continues his transition.

While we await his super good form at some point, the attacking midfielder has admitted to the high demands of the English football compared to the German game.

“It was a very tough game, very difficult because I had long holidays and I came back and trained for five or six days with the team,” Havertz said in the Evening Standard after the win over the Seagulls.

“More important is that we won so I am very happy to make my debut.

“The Premier League is much tougher than the Bundesliga. I have seen that in training and saw it in the game as well. But I am happy to play 80 minutes and hopefully next week I will continue.”

Havertz will be about to experience another tough test with Chelsea playing Liverpool this weekend, and the youngster is looking forward to facing the defending Premier League champions.

He added: “Of course they are one of the best teams in the world. We show respect but we are a very great team as well. It will be a very hard game but for them also. We will work hard and I think we will have a chance to take points.”

Timo Werner one of those who also made their debut was on song at the Amex Stadium, winning the penalty that opened the scoring.

And assessing his maiden appearance, the summer arrival said: “I am happy to be here. I think it was a good first game for me and the team. We can do much better than we did. In the end we won the game. Lots of players did not play a game this season so we are not as strong as we could be.

“Kai played his first game. We had a lot of players who are not in the rhythm now, but I think we will become better and better as we play more games. We have a very big team and can do very well.”