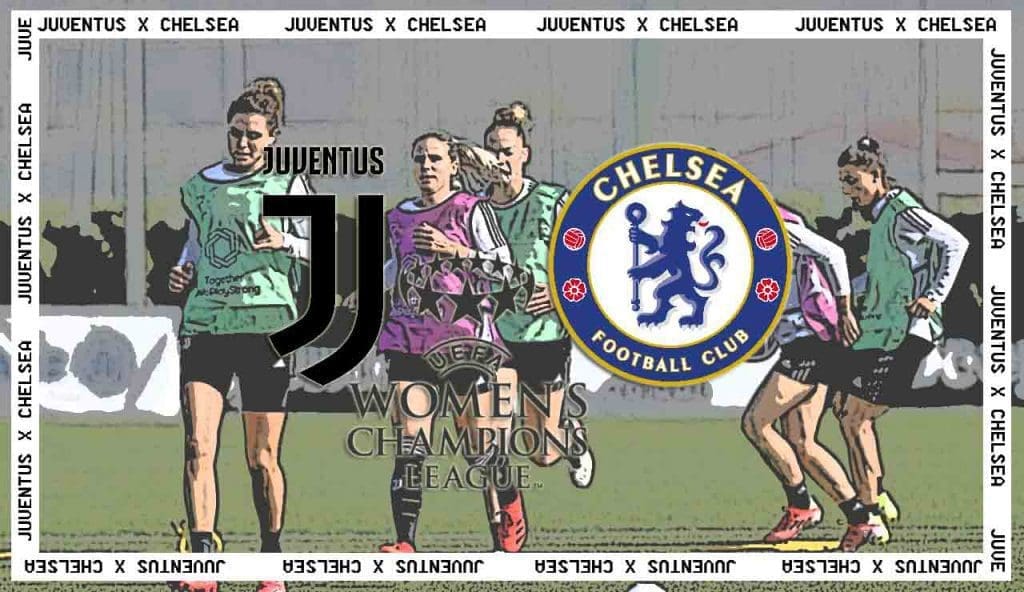 Group toppers Juventus Women are set to face Chelsea Women in the 2nd UWCL gameweek. Chelsea are on a 6 match unbeaten run, with the Blues beating the likes of Manchester United Women and drawing to Wolfsburg Women during that time. Similarly, Juventus are on a winning streak which stretches back 30 matches, with their last loss coming against the almighty Lyon almost a year ago (competitive fixtures only).

Emma Hayes will be looking to collect the Blues’ first UWCL win after a draw against Wolfsburg Women last week putting them in third. This is the first time that Emma Hayes would have ever faced the dominant Italian powerhouses, but with former Arsenal manager Joe Montemurro in the dugout (who she has beaten on many occasions), she’ll survive.

Juventus haven’t been as convincing as they would have liked in previous Champions League seasons, with the Old Lady reaching the R32 (the first round of the old format) three times. A win against Chelsea would essentially mean that the team from Turin were here to stay. A 3-0 win against Servette showed that the side was good, but a win against Chelsea would show class and definitely make a statement to the watching world. And after Joe Montemurro was Emma Hayes’ inferior time and time again, he’d like to perform well here today.

Chelsea Women started against a weak team Leicester City Women on the weekend but had to bring on her star players to finish the match. The Chelsea manager did bring on Pernille Harder and Sam Kerr early into the second half, which means she may have to rest them for at least periods of this match.

Joe Montemurro played a fairly balanced team against Napoli, with the likes of Martina Rosucci and Pauline Peyraud Magnin not starting and the latter not featuring at all. However Arianna Caruso and Valentina Cernoia did start, so you can see why I think the team was balanced.

Lauren James will continue not to feature for the Blues after being injured with Manchester United earlier this year.

Emma Hayes praised Jessie Fleming and the side in general in a Chelsea interview, saying, “I thought it was a tired performance from us. The tempo was really slow in the first half. I didn’t think we did enough to move them, to pull them apart, to create spaces to be able to create opportunities… Jessie Fleming was tremendous with her energy that she gave the team. I could hear how much she wanted to drive the team forward.” Chelsea weren’t good on the weekend sure, but I already covered that in my match report. However, something which could hurt Chelsea more is a string of poor performances, and another one here would make it 3 in a row. Not only would that hurt the squad’s morale and confidence, but it would actually create a negative atmosphere around the club and the club’s environment. But on the plus side, if anyone knows how to get a team going again, it’s Emma Hayes.

Juventus didn’t lose once out of all 22 Serie A matches last season and were the first club to achieve that feat. The next step for Turin’s new giants would be the Champions League (and also a Coppa Italia, but that would come over time), so they will start to become laser-focused on winning the UWCL. Juventus have built up a culture of winning in just four short years and that has shown up again many times in recent years. Joe Montemurro won’t want his brilliant start at Juventus coming to an end, so he will fight with a stacked Chelsea until the very very end.

Pauline Peyraud Maglin is Juventus’ number 1 goalkeeper, and she’ll need to show that she can be the number 1 goalkeeper on the pitch against Chelsea. With Chelsea being the superior attacking team, Juventus will need their goalkeeper to be on the top of their game. And I have a feeling that she will and will thrive, with the match coming against a team who were the best in her previous league. The France international previously played for Arsenal under Joe Montemurro, so she’ll be feeling a sense of revenge as well. Since joining Juventus, she has been electric, racking up 5 clean sheets in her 6 matches in all competitions. She will want that 83% clean sheet rate to go up, not down.

So, last week’s preview wasn’t the greatest from me, as I picked Fran Kirby. My reasoning was that Kirby had been electric all season and I thought that she’d be fueled by the determination of not being fully respected on the European stage like fellow teammates Pernille Harder and Sam Kerr. However, Kirby didn’t get a goal contribution in the match, so it’s a fail from me. However, I think I can redeem myself with today’s key player.

Pernille Harder scored a last gasp winner against former club Wolfsburg, and also scored a goal against Leicester off the bench. The Danish footballer is in some hot form right now, and with her not having the best season last season, I’m sure that she’d want to make an impact on Chelsea’s Champions League push.