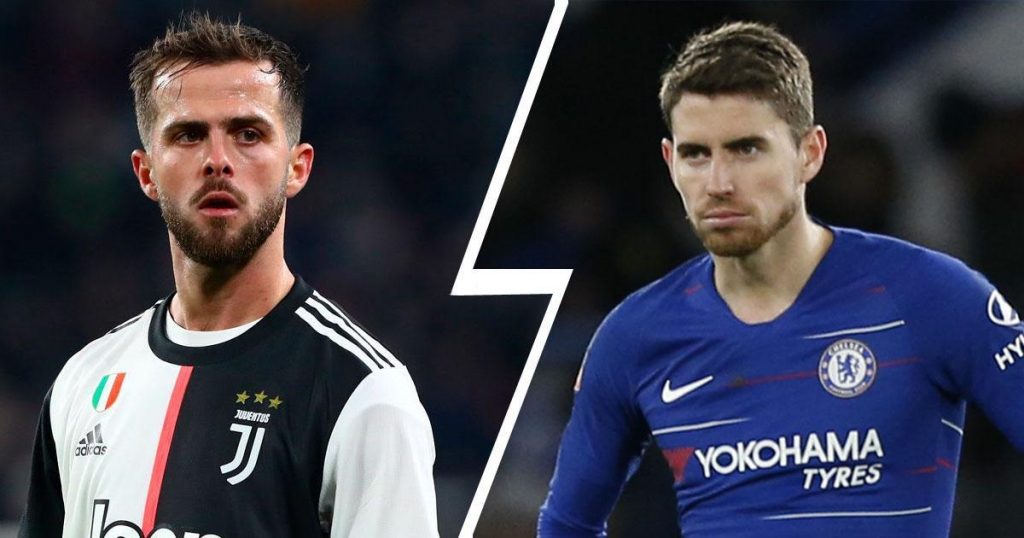 According to trusted transfer guru Fabrizio Romano, Juventus are willing to offer Miralem Pjanic as part of a swap deal for Chelsea midfielder Jorginho.

Bianconneri manager Maurizio Sarri is keen to work with Jorginho again with whom he worked at both Napoli and in London, and the boss is now pushing to take him back to Italy.

Having secured a top four finish and winning the 2018/19 Europa League for Chelsea, Sarri was shown the exit by the Blues after just one season in charge.

Under manager Frank Lampard, Jorginho has rediscovered his form for the club and have had a good campaign so far despite struggling in his maiden season in England.

The 28-year-old has three more years on his current deal at the Stamford Bridge after his £50 million transfer from Naples in 2018.

Both players are suited to the same role in a set-up playing as the deep-lying playmakers with Jorginho contributing to seven goals this term while Pjanic has scored three and assisted four goals across all competitions in the 2019/20 season.

It is likely to be a tricky situation for Juventus who have also been reported to be engaging Barcelona and Paris Saint-Germain in an attempt to offload the Bosnia and Herzegovina international this summer.

Would you like to see Pjanic in a Chelsea jersey with Jorginho leaving?