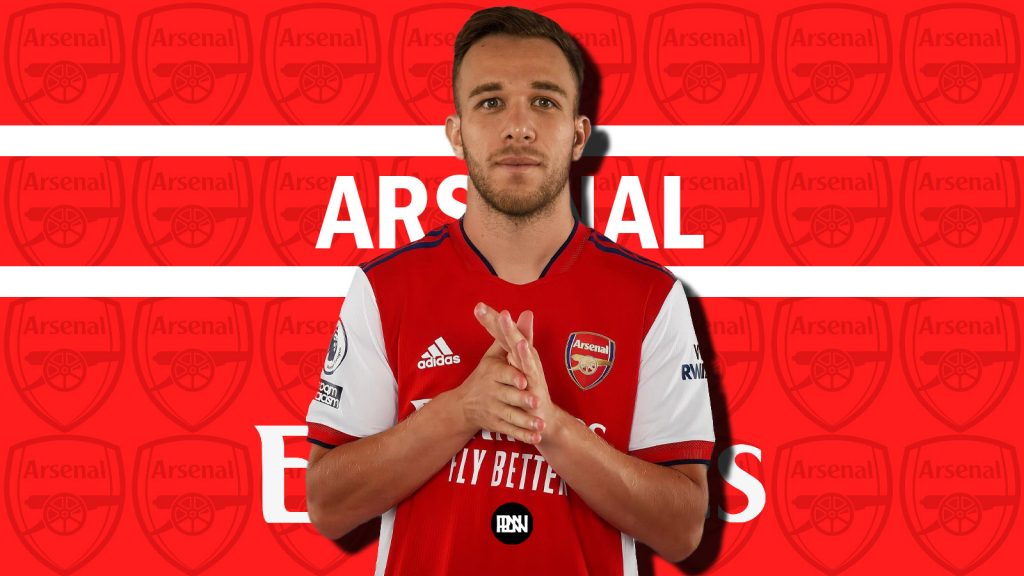 Arthur Melo is a player most famously known for the strange and often-joked-about transfer saga he was involved in when Juventus purchased him in the summer of 2020 for more than 80 million pounds, swapping Miralem Pjanic to Barcelona in the process. Arthur is now back in the news as reports have surfaced linking the former Grêmio and current Juventus midfielder to Arsenal this month. Arsenal manager Mikel Arteta is apparently a fan of Arthur’s and, with a depleted midfield core that has recently lost players like Ainsley Maitland-Niles to transfer and Granit Xhaka and Thomas Partey to red cards, Arteta and Arsenal are clearly looking at the potential of bringing in a new player to restore some balance.

Arthur is an interesting player, he specializes as a number 8 who links the backline to the frontline and likes to be heavily involved in overall play, drifting to the ball-side frequently when he isn’t. Arthur’s qualities are hard to miss, he is a mazey dribbler with a consistent first touch and at his best he can act as a metronome to retain possession for his team, give them a comfortable out-ball, and recycle play when the pressure is on. Contrary to his ability to recycle play and retain possession, underlying stats show that he also likes to pass into the final third with regularity and isn’t afraid to try and break the lines if he spots a forward player making a run. One of the issues when evaluating Arthur is that he has only amassed 1096 minutes over the past 365 days according to FBref, this means that a majority of his underlying metrics are potentially very misleading and don’t accurately reflect his ability or his form. Using mostly the eye test for the rest of this piece, I will attempt to analyze Arthur as a player and evaluate his potential impact on Arsenal if his reported loan comes to fruition.

I want to start with the things Arthur is known for and how well he’s done those things during his time at Juventus. Arthur is a classic metronomic number 8 with vision, active scanning, an excellent first touch, and great dribbling ability which allows him to retain possession and keep the play alive. It is understandable why Barcelona decided to purchase him given their connection to possession-based football and high-volume midfield passers. His job, which he has done quite for spells since his move to Europe, is to keep his team in the game and on the ball. He does this by dropping between the center backs or just ahead of them in the left half-spaces and making himself available either with his back to goal or on the half-turn, looking to progress the ball further upfield or beat a man to break the press. Arthur is a strong dribbler with great lower body strength and the ability to essentially bump defenders off him when he is pressed, this makes him a fairly safe option to pass to in these scenarios. He is mobile as well and likes to drift around the pitch to stay involved in the build-up. While his vision is also pretty good, Arthur does struggle to execute long balls, particularly in the air, preferring to keep the ball on the ground whenever possible. It is hard to tell if this is an issue of weakness in his muscles or if it’s just a reflex or gap in his game.

Some smaller details I noticed while watching Arthur play; He has a consistent ground diagonal pass in his repertoire that he uses quite often to link play to attackers dropping in. You can see this during his time at Barcelona playing with Luis Suarez, often Arthur would receive the ball in the left-half space just below or just above the halfway line, assuming he isn’t being pressed, Arthur would take a few touches toward the opposition goal before zipping and perfectly weight ball diagonally across the pitch the aforementioned Suarez who is dropping deep to receive. The quality of these passes and the vision to execute them cannot be overstated and would be a great addition to the Arsenal system which often deploys it’s striker in a deeper, more creative role. Another thing Arthur is great at is losing his defender with a drop of the shoulder, it’s not something I saw a lot in the footage I watched of him at Juventus but, again, it’s something he has in his toolkit and it can be vitally important in breaking lines to spring an attack. Arthur has lost a bit of his explosiveness due to injury in recent years but this skill can still be applicable in certain situations and shows that he has the tools to be very press resistant when he’s at the top of his game.

Arthur’s weaknesses aren’t as concerning as some on Twitter or in the media may suggest but in regards to his ability to play in the Premier League, they may be exacerbated by a move to England. Firstly, Arthur has been fairly injury-ridden since leaving his boyhood club Grêmio in March 2018, in total he missed 135 days of action due to injury during his time at Barcelona according to Transfermarkt, which amounted to 24 games out. His time at Juventus hasn’t been much better, he’s missed 17 games for the Bianconeri since joining, including a 77 day absence after having surgery done on his right leg. A move to the Premier League will likely not help fix these injury woes as many foreign players and managers alike have called the PL the most physically demanding and brutal league in Europe. Another issue Arthur has is his overall physique, at about 5 foot 6, Arthur is not the most physically imposing player on the pitch, while this may not be a huge issue when playing in a less physical league like La Liga or a less active league like Serie A, it may cause problems for Arthur if he were to join Arsenal in England. While he does possess wonderful lower body strength, this does not guarantee he will be able to fight off tacklers with the same consistency as he does in Serie A for Juventus.

When it comes to how Arthur would fit into Mikel Arteta’s system at Arsenal, I can only speculate that he would be signed as a backup to Granit Xhaka who has played as a box-to-box number 8 this season when Arsenal move to a 4-3-3 setup. Arthur plays in almost the same positions as Xhaka but also has the mobility to drift which is something Xhaka doesn’t do a lot of at all. Arthur would be tasked primarily with ball retention and with progressing the ball through the lines to an attacking player. Overall, this fit looks good on paper but I question it in practice given Arthur’s weaknesses and his lack of physical and aerial presence. With a plethora of exciting attacking talents at his disposal, Arteta is most in need of a physically imposing number 8 who can break up play, win 50-50s and do all the on-ball work mentioned above. In this regard, Arthur feels like 50% of the player Arsenal need right now. All of this being said, Arthur Melo is far from washed up or a bad player, he possesses high technical ability, great vision, and has tools to play line-breaking passes. He is also a clever dribbler and at his best, is very hard to press due to his low center of gravity and comfort, turning either way and driving at different angles. Regardless of how his latest transfer saga plays out, there is a place for Arthur somewhere at a top team in Europe, whether that team is Arsenal or Juventus, or neither is a question we may still be pondering long after deadline day.