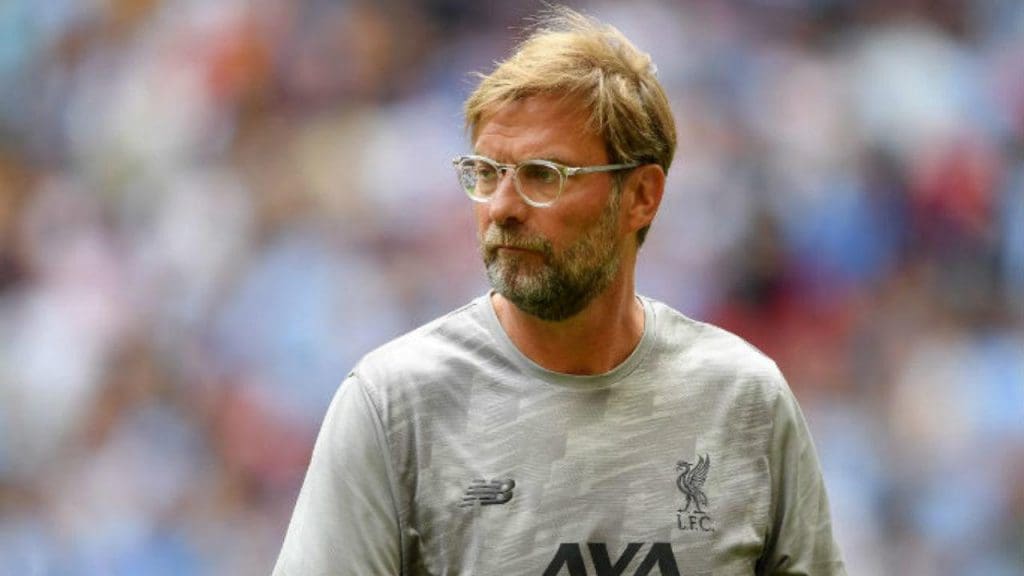 After a sixth straight home defeat, Liverpool have dropped down to 8th in the League.

Liverpool has fallen off a cliff, their loss to Fulham last weekend was their 6th straight home defeat at home, something that hasn’t happened since the club’s inception. Their form overall hasn’t been the best, just one win in their last 7 league games does not make for good reading for the Champions. And those games taken in isolation shows Liverpool’s vulnerability at the moment.

This is slowly becoming one of the worst title defenses in Premier League history. If Liverpool are to avoid entering the wrong side of the history books then they need a result, and they need a result soon. It doesn’t make for good reading for the Champions who haven’t picked up a single point at Anfield in the last six games.

Worse than that it looks Like Jurgen Klopp has lost his Mojo.

3 wins in their last 14 Premier League games have been the worst form that Liverpool has ever been in under the German. Since his arrival, Klopp had promised a high octane brand of football that would be enjoyable to watch and would blow the competition out of the water. He delivered on his words exactly, after 2-3 seasons of building the team in his image, Klopp’s Liverpool began their dominant reign through the Premier League and Europe.

With all the big names coming in and the manager being backed in multiple transfer markets, success was being demanded from Klopp. A Champions League, A UEFA Super Cup, a Club World Cup, and after ending a 30-year wait for a Premier League Title it is safe to say that the charismatic German delivered on his promise.

A League title that has written Klopp into Liverpool Folklore, he had built a special connection with the fans and the players, and for the First time it felt like the manager has a special connection with the club, that the manager understands the DNA on which the club has been built, “You’ll Never Walk Alone” brought same emotions to Klopp as it did to the Club and its Fans.

This season started stellarly for Liverpool, the Champions were still Top of the League until December, they would walk to the title once again. But the underlying signs were still there for all to see.

Even with Virgil Van Dijk in the heart of the defense, they were conceding goals by the dozen. The opening day win against newly-promoted Leeds United was a narrow one, as Liverpool conceded 3 on that day, they let in another against Arsenal before conceding 7 against Aston Villa, Van Dijk, Gomes, Matip, and Fabinho, Robertson and Alexander-Arnold were still not injured. They let in two more against Everton, meaning they had Let in 13 goals in 5 games.

The recent run of games has really exposed Liverpool’s weaknesses, and why the signing of Van Dijk was so significant in Liverpool’s title charge. Burnley, Brighton, Southampton, Leicester, Chelsea & Fulham recognized Liverpool’s vulnerability when dealing with long balls.

Teams sat back comfortably and pounced when the opportunity presented itself, without Van Dijk to recognize and snuff out the danger. Alisson had been left exposed in goal, with the defenders neither being able to deal with the initial long ball nor blocking the shot that led to the goals.

Liverpool didn’t recruit smartly in the winter window either, bringing in Ozan Kabak who no doubt is an exceptional talent, but is inexperienced to help out Liverpool in the current season, while Nat Phillips and Rhys Williams were still playing decently enough, an experienced big-name signing would have benefited Liverpool’s current situation more than the acquisition of Kabak.

A simple shift in the way Liverpool shape up on the field would benefit Liverpool way more than another unique center-back pairing. Changing the system slightly to have the team drop back 15 yards to be able to read long balls and deal with them, or to have one of his defensive midfield players drop in between the center-backs to help deal with the threat.

A change in formation would also help Liverpool, trying to play a three at the back system, allowing two Center backs to track runners while the third could deal with the initial delivery, a back three system would also give Robertson and Alexander-Arnold the freedom to join the attack a lot more while still giving Liverpool defensive solidarity.

Adopting a pragmatic approach and playing on the counter-attack will play straight into Liverpool’s strengths using the pace of Salah, Mane, and Jota who has now returned from injury.

But, Jurgen Klopp’s persistence with the same system is costing Liverpool points, recognizing that he doesn’t have the players for the system he wants to play should be his job, but his insistence on continuing with the same style has seen teams read Liverpool’s approach easily and target their vulnerabilities. It shouldn’t be hard for a manager Like Klopp to train this group of players into a new system that would get him results in the coming games, but whether Klopp will take a step back and change the system is a debate of its own.