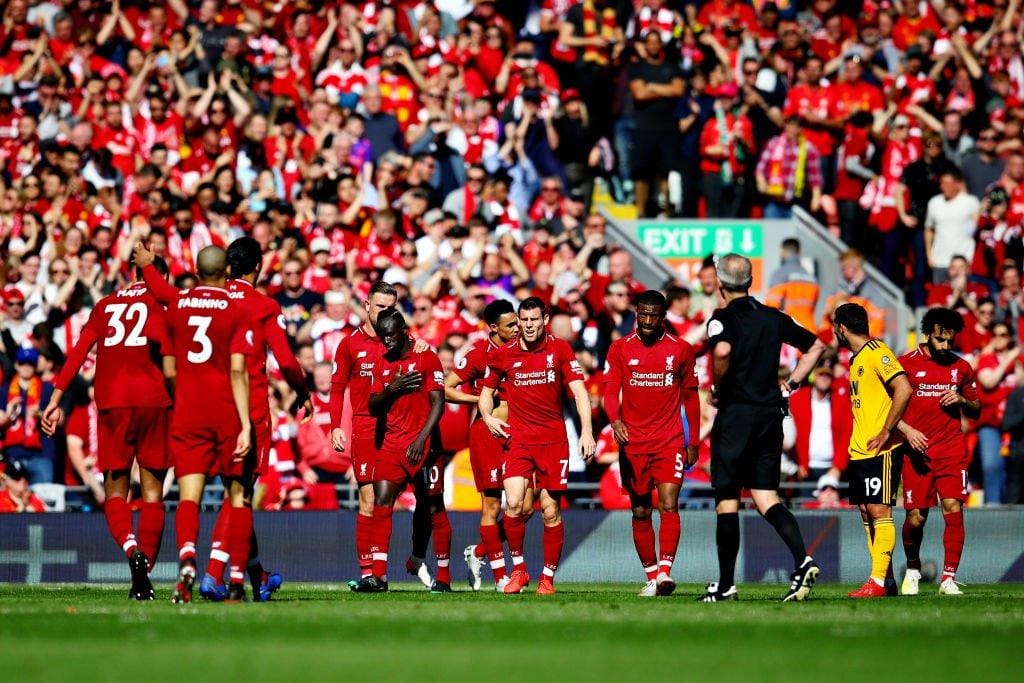 There is plenty room for Liverpool to improve their game according to Jurgen Klopp, adding that his side are far from a finished article.

The Reds will be frustrated at this time of the season considering they are yet to win the Premier League. Liverpool had taken a 25 points gap before football activities were suspended due to the coronavirus pandemic.

In a discussion on Sky Sports, the former Borussia Dortmund Boss spoke about their plans to even get on top of their game with more young talents to come through.

Curtis Jones is one of a few talents that have been given the opportunity to play during cup competitions with Klopp tipping them to get better.

“We will not change, that’s the first thing, but whether we will be successful depends on what other clubs are doing as well because they have all the chance to improve things, do things better. So I have no clue what the future will hold for us.

“But we will not change, this team is not the finished article, and we have a lot of space for improvement, and we work on that.

“We have fresh blood internally coming through. We can improve with this team, which is great.”

The manager also spoke of the patience entrusted to him by the Merseyside club during his beginning at the club while talking to Jamie Carragher and David Jones on ‘The Football Show.’

“It was really clear we needed time. It was clear we cannot fix it overnight. Everyone wanted that, but we couldn’t so I had to ask for time. I knew.

“Before that in my career I never got the sack so I had no experience with that, but I knew then it was a different level, and if I can’t deliver here quick enough, then I will get the sack.

“We got that time, and the nice thing is that after six, seven, eight games, they were really positive about the situation, they realised we were on the right path. From that moment they didn’t question it one second. They were full of faith and trust, and they said the path we will stay on, and everything will be fine.

“That’s what we did then. When we lost finals against Sevilla or City or Real Madrid, I think pundits say then if he doesn’t’ win the next one then they might change, but internally it was never somebody thinking like this.”