With Simon Mignolet on verge of leaving Liverpool after falling down the helm to Alisson Becker and as per reports from The Mirror, Jurgen Klopp is eyeing Southampton’s Alex McCarthy as back-up for Alisson.

Alex McCarthy started the last campaign as the first choice goalkeeper for Southampton but was replaced by Angus Gunn under Ralph Hassenhuttl.

Reports claim that Klopp is looking for England star to replace the void left by Simon Mignolet. There are no complaints from the Belgian despite being the back up to Alisson last season and it. makes sense for him to seek other opportunities for more start.

Golden glove winning Alisson has been fantastic for the Reds last season although a quality backup is needed indeed rather than promoting someone from the reserves and Alex McCarthy would be ideal for the role.

McCarthy, 29, started 25 Premier League matches for The Saints last season and is one of the better goalkeepers in the division.

Alongside Alex McCarthy, Cardiff star Neil Etheridge has also emerged as a target for the Anfield side.

Jurgen Klopp is weighing up a move for Southampton goalkeeper Alex McCarthy.

Klopp considered a move for McCarthy last summer when a deal for Alisson looked like it might have to be put on hold with Roma digging their heels in. 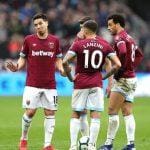 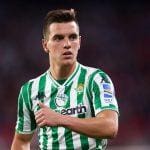