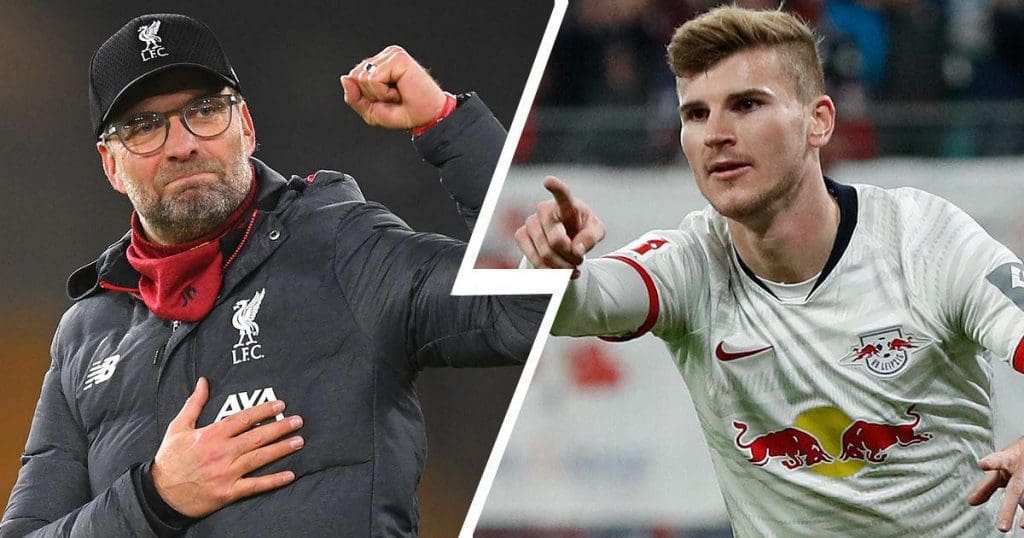 Liverpool’s interest in highly rated German forward Timo Werner has been a move that seems as good as done conjoined with the rumoured private conversation between Liverpool’s manager Jurgen Klopp and Leipzig’s forward Timo Werner during the league’s absence so as to convince the pacey forward to join the Reds.

But with the latest shocking revelation on Chelsea’s imminent signing of the former Liverpool bound player Timo Werner, it comes with a lot of disappointment and rage from the Anfield fans, as their hope of landing Timo Werner now looks highly likely to be truncated by their EPL rival Chelsea.

Former England international defender and Liverpool’s legend Jamie Carragher had previously revealed in an interview with ‘Liverpool Echo’ about the possibility of Liverpool failing to sign the German international forward Werner, due to the impact of Covid-19 on club’s finances and how it’ll likely affect the transfer market as must club’s are reportedly seeking for possible ways on how to deal with the transfer market, which makes swap deals one of the possible scenario during the transfer window.

Liverpool manager Jurgen Klopp has now come to light with an explanation on why Liverpool has decided to cool their interest in Timo Werner who has scored 31 goals and provided 10 assists in all competitions for his German side Leipzig thus far.

“All clubs are losing money,” Klopp told Sky Germany. “How do I discuss with the players about things like salary waivers and on the other hand buy a player for £50-60m — we’d have to explain.

“If you want to take it seriously and run a normal business you depend on income.

“And we have no idea how much the club will earn — especially because we don’t know when we can start playing in front of spectators again.

“At the moment, without spectators, we have to pay back on season tickets and probably sell none next year. At least maybe the first 10 or 15 games. VIP areas won’t be packed and tickets won’t be sold.”

With the obvious loss of Werner’s signature, Liverpool might be on the watch for a bargain signing or possibly continue to rely on their famous and deadly attacking trio of Sadio Mane, Roberto Firmino and Mohammed Salah, with the options of Divovk Origi and highly talented youngster Brewster.