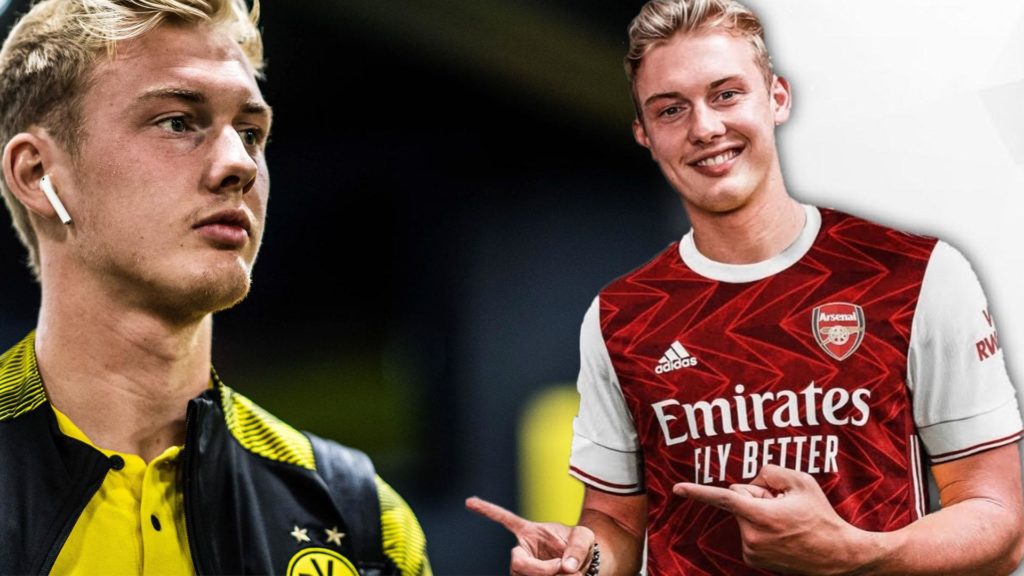 Julian Brandt has been one of the many names that have been suggested amongst media reports to solve Arsenal’s evident creativity problems. The likes of Christian Eriksen, Isco and Emi Buendia. However, Arsenal have reservations about each of them.

While Arsenal, reportedly, do like Buendia though they feel Norwich City is asking a bit too much for the Argentine’s services, while Christian Eriksen is just isn’t favoured by those at the Emirates and given his poor tenure at Inter Milan, which seems to be coming to an end, it’s not surprising.

Isco has also been a part of the conversation however, Mikel Arteta, Arsenal’s first-team manager, isn’t in favour of bringing the Real Madrid man to the Emirates. All of which leaves Arsenal with Julian Brandt and here’s why we believe he could just be the man for the job:

Technical Ability: Julian Brandt is widely regarded for his technical abilities and playmaking. The Borussia Dortmund man has found himself at the fringes of the squad this season as he has struggled for game time, however, his ability on the ball is well documented and the German would be a great fit to replace his outgoing fellow countryman a certain Mesut Özil.

Right profile: Arsenal have in recent years tried to shift their transfer policy to buying players with the right profile. Which is ideally a player in his early to mid-20s with his prime years ahead of him and also a decent resale value. The player should also be hungry and ready to fight for the team at all times. Arteta values the attitude of a player a lot and that is exactly what he’s looking for in his new signings.

Finances: If Arsenal were to sign Julian Brandt they’ll be getting a very favourable deal for the German as his parent club Borussia Dortmund are looking to shell off the midfielder and he could well be available for a loan deal with an option to buy in the summers.