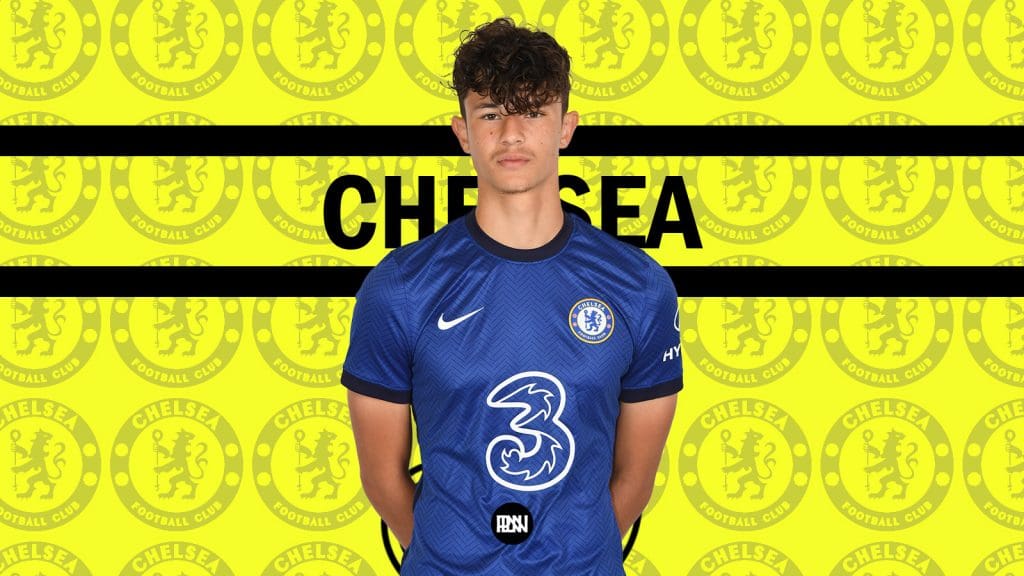 The Chelsea academy continues to produce top talent on a consistent basis, as they have done for the better part of the last decade. Apart from the men’s and women’s teams setting a benchmark for one of the most successful clubs in Europe, the Blues have a highly functioning academy to churn out young players who claim their place at the highest level of the game more often than not. The West London club were once criticized for not using the best of their academy, but with the likes of Mason Mount, Reece James, and Callum Hudson-Odoi having broken into the first team in recent years – a truly gifted youngster can now dream of turning out for the club one day.

One of the names in the ever-expanding list of precocious Chelsea youngsters who are tipped to represent the club in the future is their 17-year-old wonder kid Jude Soonsup-Bell. The young Englishman is a centre-forward by trade and is arguably the club’s biggest talent brewing in their youth ranks. Soonsup-Bell, who is also eligible to play for Thailand through his mother, is hailed as a prized forward who shows both clinical and technical ability beyond his years – and hence turns out for both the under-18 and under-23 teams in the club’s developmental set-up.

Soonsup-Bell started his formal footballing education at Swindon Town from the age of nine but was soon snapped up by Chelsea after a short, yet successful trial. Even though he played as a central midfielder in his three years with the Robins, his extraordinary ability to find the back of the net even at an early age meant that he was converted into a centre-forward by the West London outfit. Since then, there has been no looking back for the striker – Soonsup-Bell enhanced his reputation within the youth ranks as one of the Blues’ most gifted youngsters over the years, but he truly earned his spot in the limelight when he became the first Chelsea player in 59 years to score four or more goals in a FA Youth Cup match against Barnsley in 2020.

Soonsup-Bell scored four to secure the match ball and plenty of plaudits for his unbelievable performance, but it was his fourth goal that truly showcased his incredible talent. Soonsup-Bell found himself on the touchline with barely any space to maneuver in, but he managed to keep the ball glued to his feet and got past the first defender with ease. However, with all his shooting angles at the near post being cut down, Soonsup-Bell approached the crowded six-yard area showing brilliant control to retain the ball but ran into what seemed like a cul-de-sac with his back to goal. But like all extraordinary players come up with something out of nothing just when it seems to be near impossible, the teenager came up with a moment of magic as he back-heeled the ball into the near post that had been vacated by the helpless goalkeeper. It was a piece of sheer, unequivocal brilliance that left his opponents reeling in disbelief.

His performances last season – and that one display in particular – made the entire country sit up and take notice of the young Chelsea forward, who was soon called up by Frank Lampard to train with the Blues’ senior team ahead of their FA Cup meeting with Morecambe last season. Even though he did not end up making a debut appearance for the senior team, Soonsup-Bell finished the 2020/21 season with an impressive 19 goals in 27 appearances – averaging a goal every 87 minutes. Apart from his excellent goal-scoring numbers and minutes-per-goal ratio, Soonsup-Bell displayed ample versatility in his finishes – proving himself to be quite the complete finisher. Be it in a tap in from a yard out, a dazzling solo run taking on defenders, or going for a spectacular bicycle kick to find the back of the net – he has got it all.

Standing at 1.82 metres at only 17 years of age, Soonsup-Bell is a tall, quick, and athletic customer and there is still room for him to grow. Soonsup-Bell is much more than a traditional number nine, however, as his early years at Swindon helped him hone his technical ability. Soonsup-Bell is accomplished on the ball beyond his tender years, and his speed makes him a nightmare for defenders to play against. Having also played on the left flank as well as an attacking midfielder through his years in youth football, Soonsup-Bell has all the necessary attributes and the versatility that makes him the perfect modern attacker. The teenager also has a refined footballing intelligence for his age, and shows plenty of composure both on and off the ball. Even though he prefers his right, Soonsup-Bell can finish well with his left foot as well – his ambidextrous nature is another evident trait of a top centre-forward in the making.

An underrated aspect of Soonsup-Bell’s goal-scoring numbers is that all of them came against opponents older than him by a year at least. His precocious ability helped him get permanently promoted to the under-23s along with the likes of Harvey Vale and Charlie Webster soon after the turn of the year – the trio of batch mates who have grown up playing together are all tipped to find their way into the first team in the coming years. Development squad head coach Andy Myers has usually used Soonsup-Bell off the bench so far in the Premier League 2 this season, but there is hope that the Englishman will soon grow to be a regular starter for the young Blues. Soonsup-Bell has scored for the under-23s once this season, in a UEFA Youth League outing against Zenit St Petersburg – the teenager also secured an assist in the same game.

Soonsup-Bell must have been watching on when the likes of Mount, James, and Andreas Christensen lifted the Champions League trophy in May. Inspired by success at the highest level of European football, he would hope to emulate his predecessors who made it to the first team from the academy through the loan system, even with the odds stacked against them in a club that is as demanding of instant success as Chelsea are. As he turns eighteen in January next year, a loan spell to a Championship club or a Premier League outfit in search of more game time may be the next step in his bid to nail a berth in the first team. An impressive loan stint is certain to help his cause, and if Thomas Tuchel continues to trust his talented youth every now and then – Cobham’s very own wonder kid is likely to get his first senior Chelsea appearance sooner than later and go on to make many more. 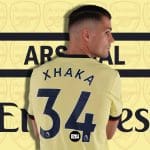 Why is Granit Xhaka so hard to replace at Arsenal?
Next Article 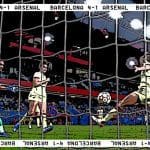