The Big Six, as they are known in the Premier League consisting of Manchester City, Manchester United, Arsenal, Liverpool, Chelsea, and Tottenham Hotspurs, have all been under heavy scrutiny ever since the announcement of the European Super League. However, the Kroenke’s and the KSE, owners of the Arsenal football club, have had to face the most heat from their fans. Arsenal fans have always shown their displeasure at the Kroenkes’ handling of the club and their hate for their owners was only multiplied.

Yesterday, Josh Kroenke, the son of Stan Kroenke, the owners of the KSE, held a fan forum with Arsenal fans and he had to face some difficult questions from the Gunners fans. There were questions sourcing from all sorts of topics, ranging from the debacle of Arsenal’s participation in the European Super League, the future of the Kroenke’s at the club, and their future plans for the club.

While just a fan forum was never gonna have a great impact in improving their image, which has been tarnished over the years due to the constant neglect by the KSE for the Arsenal fans, what it did do was allowed a platform for the emergence of Josh Kroenke to the helm of KSE’s ownership. The KSE would know Stan Kroenke’s image is almost irreparable and hence the face of Josh Kroenke could prove to be a better bet for them and the fan forum seemed to be a strategic move in a similar direction.

Josh Kroenke is young, looks like a man who is wanting to communicate and is at least making the efforts to ‘get it’ even if he doesn’t yet. If the KSE wants to have a future at Arsenal, Josh Kroenke is the way forward, however, the KSE needs to get it right under him otherwise it would end up the same way for Josh as it has for his father.

MUST MORE: How Stan Kroenke is destroying what he inherited 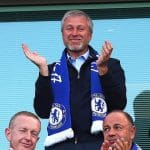 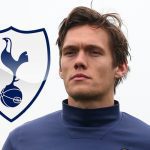