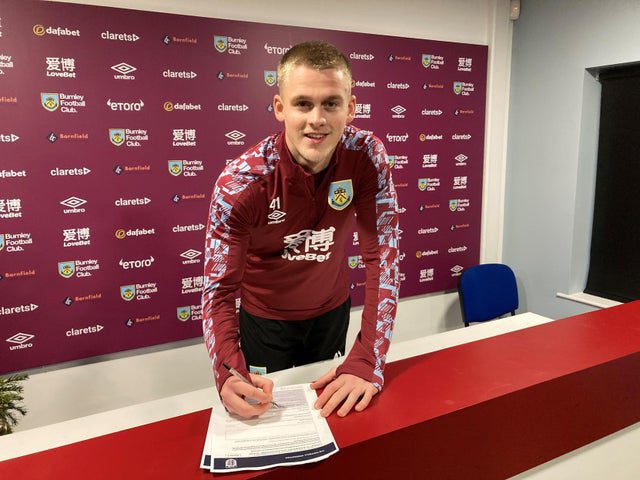 Josh Benson is Burnley’s young midfielder who has risen through the ranks and impressed the management with his recent development.

He is 21 years old and has impressed consistently at the U-23 level. He signed his first contract with Burnley in July 2018 and has grown from strength to strength ever since then.

Benson was sent out on loan to Grimsby Town last season and impressed in his spell there. He racked up 2 goals and 2 assists in 11 appearances for Grimsby Town.

His creative outlet and hard-tackling style making him a useful central midfielder and just the kind of player that Sean Dyche likes to have in his usual setup. Josh Benson also possesses a mean freekick and has unleashed some worldies from time to time. At the age of 21, he still has a long way to go but it feels like his development is going forward in the correct direction with him being recalled to the team after his first loan spell.

Josh Benson had made his debut for the Clarinets against Sheffield United in September 2020 and has been slowly making a name for himself.

He made his Premier League debut in the 5-0 loss to Manchester City and has been featuring in the senior setup more frequently. This shows us that the manager has a lot of faith in his potential and abilities to perform at the big level. He has also been awarded a contract in December 2020 that extends his stay at the club to 2023.

Kaio Jorge: The next Brazilian to make it big in the Premier League?
Chris Wilder: The Unique pioneer of Sheffield United
To Top