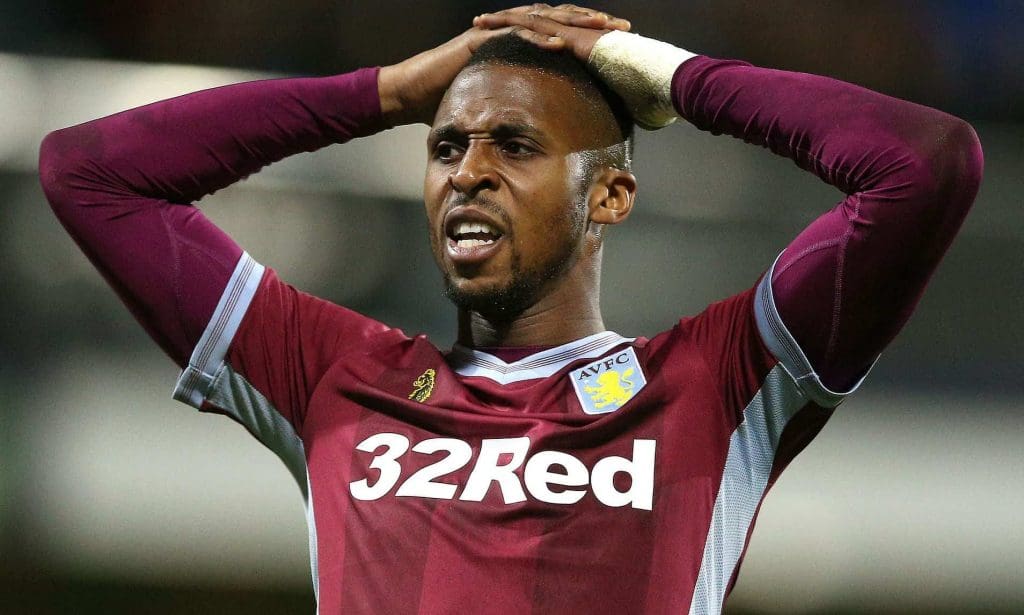 Aston Villa forward Jonathan Kodjia have fractured his cheekbone in a training-ground collision with a team-mate and will be out for at least three weeks, manager Dean Smith said on Friday.

The Ivory Coast international underwent surgery, after he picked up injury clashing with Marvelous Nakamba. Kodjia has not appeared for the club since he suffered an ankle sprain in the opening day 3-1 defeat to Tottenham

“Jonathan has fractured a cheekbone on the training ground,” Smith said in an interview with the club’s media channel. “He just clashed heads with Marvelous in a non-competitive part of training.

“We thought it was fine but they picked up a fracture at the hospital and he’s had an operation which means he will be out for two to three weeks. He’ll come back initially non-contact and then we will have to see how he goes.

“We have seen a few of these injuries where masks are worn so we will certainly be looking at that longer down the line.”

Villa, who currently sits 18th in the Premier League standings, take on West Ham in Monday night football and Dean has called on the fans to provide plenty of atmosphere for the visit of West Ham at Villa Park.

“The last game at Villa Park it was absolutely rocking,” said Smith. “I said after the Bournemouth game that was our best performance and we ended up not getting anything from the game when we probably deserved to.

“Everton was a tougher game but we managed to get that win and we had the place rocking so we need to do that again under the floodlights on Monday.”