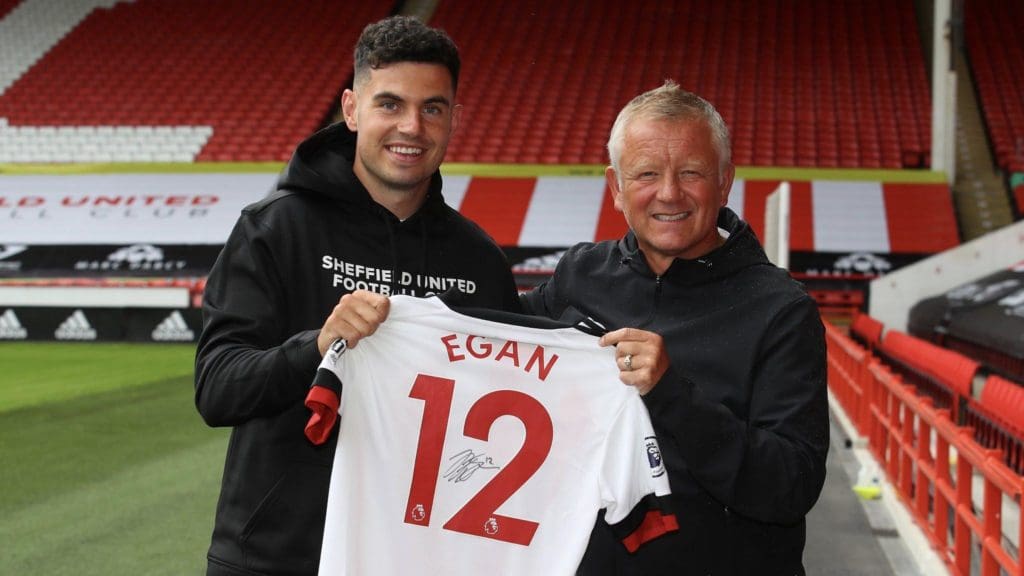 The centre-back who featured in 42 games for the club and country in the just ended season has been rewarded with a new bumper deal, signing a four-year deal at the Bramall Lane which runs until the summer of 2024.

Prior to their return to the Premier League, Egan played in all but two of the Blades’ games in the Sky Bet Championship during the 2018/19 campaign.

John Egan has committed his long-term future to the Blades, penning an improved contract that will run until the summer of 2024.

The 27-year-old Ireland international scored twice in 36 league appearances this season as Sheffield finished the season ninth on the table.

Egan said: “The last two years have probably been the most successful of my career and to get the chance to sign a new contract here is brilliant for me and I’m really looking forward to the future. I need to thank everyone involved.

“I’ve loved my time here. We won promotion in the first year and had a real good first season back in the Premier League, so now it is about building on that and improving in the future.”

Boss Chris Wilder added: “It’s a reward for the influence John has on the team and at the football club. He’s been part and parcel of our climb over the last two years and he’s taken his game to the next level.

Our rock at the back.

“He’s a rock-solid character who produces performances week in, week out against world-class players and on the international stage I know how much he loves playing for his country and he’ll take his career on to the next step there as well.

“We’ve got to reward and secure our best players and John is certainly one of those, we have to thank the Board for their support in allowing us to put this deal together.

“John has been outstanding and knowing the boy as we do, we know John is not a comfortable footballer, he wants to establish himself and continue to improve at the highest level.”