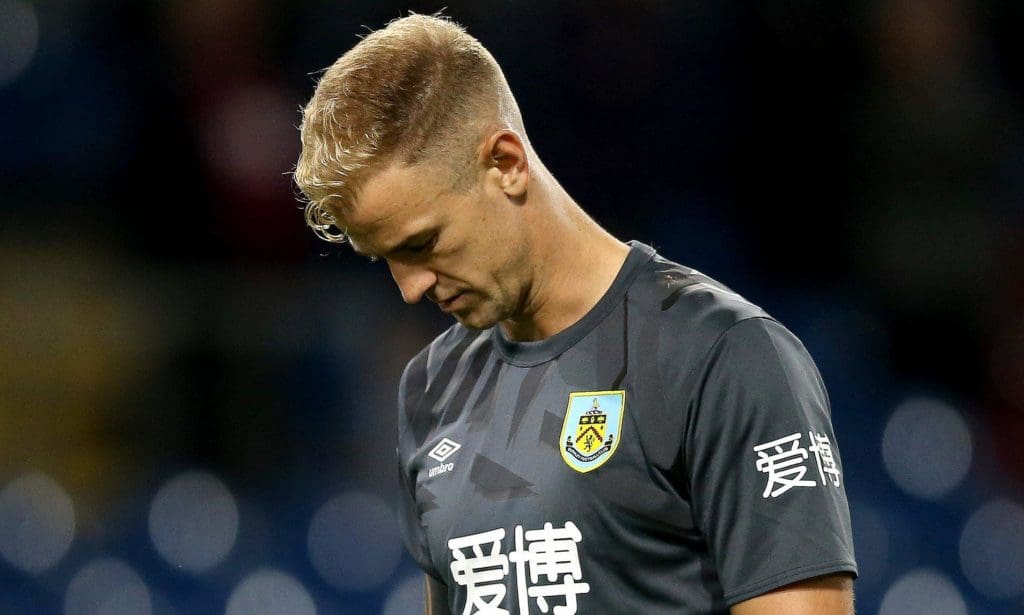 Former Manchester City goalkeeper and current Burnley goalkeeper Joe Hart is set to leave the Clarets at the end of this month as the club has declined to renew his contract.

It has been nearly one and a half years since Joe last played in a Premier League game. He has started just three games for the Clarets this season –  a Carabao Cup loss against Sunderland in the early stages of the season and two FA Cup games, against Peterborough and Norwich earlier this year. He has been on the bench for the rest of the games for the Clarets and is yet to feature in a Premier League game.

Burnley say they will not extend the contract of former England goalkeeper Joe Hart beyond the end of this month.

Nick Pope is the first-choice goalkeeper at Turf Moor and has managed 11 clean sheets this season. This has reduced Hart’s game-time further. Burnley have already confirmed that Aaron Lennon is set to leave the club as he will not be offered a new contract and now reports of Burnley not renewing Hart’s contract are also there. Hart revealed last month that he wants to be a ‘big part’ of a club.

“It’s got stronger. This lockdown has made me realise how much I want to play football,” he says. “All I want to do is be a big part of something. I understand I’m not going to be part of Real Madrid. I don’t think I’ve lost the ability, but I know how football works. I just want to be a big part of a club and give my all to them. That hope burns through me.”