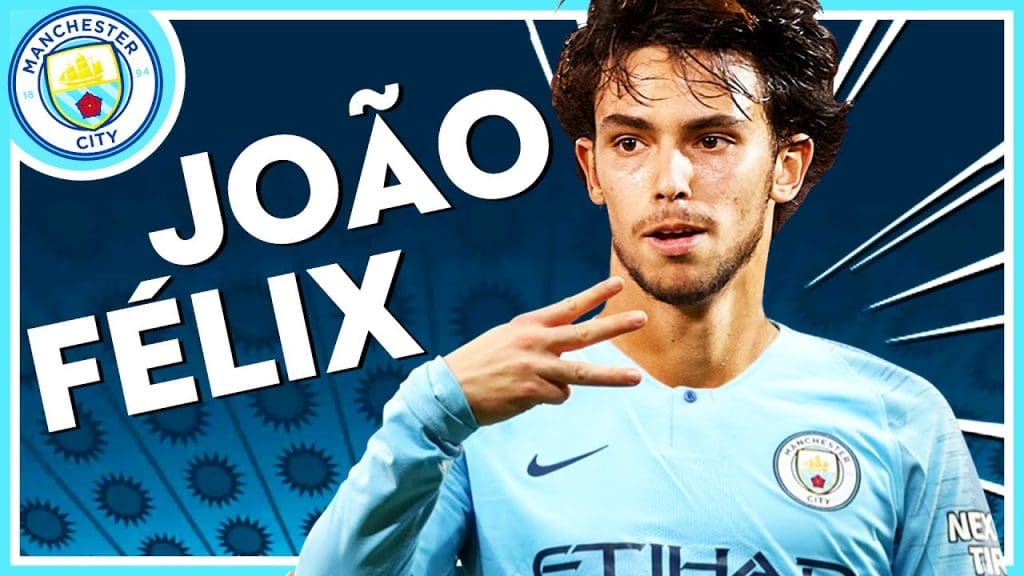 Manchester City, who romped to a third Premier League title in the last 4 years could be involved in a brilliant swap deal this summer. According to Eurosport, Bernardo Silva is said to want to leave the Ethiad this summer as he feels that the addition of a striker coupled with Phil Foden’s introduction into the side will limit his chances next season. This has led to reports in Spain suggesting that Atletico Madrid are interested in the player and a swap deal including Joao Felix going the other way could be discussed with the Premier League club.

Manchester City could complete one of the deals of the summer:

It has been no secret that Joao Felix has been unhappy under Diego Simeone at Atletico Madrid. The winger has been played out of position several times, while even when he is played in his preferred position, his attacking intents have been tamed down by Simeone rather than letting him explode.

In a not-so-similar story, Pep Guardiola has done all the right things with Bernardo Silva but the club was bound to bring in new players soon and one of the wingers was bound to be sacrificed for the club’s academy talent in Phil Foden. While Silva was used as a false nine or as an attacking midfielder towards the end of the season, his real talents lie on the right-wing, where he can cut in and produce incredible shots or crosses. However, that position is reserved for Riyad Mahrez currently, who was sensational for the Citizens last season.

Thus, Bernardo Silva has been deemed to be a surplus to requirement and with the player hitting his peak age right now, he wants more playing time, and Atletico are willing to provide him with the same.

Atletico’s 4-4-2 setup will suit the way Bernardo Silva plays, as he is a hard worker in the attacking as well as the defensive phase of the game, something Simeone appreciates. Silva also has the technical quality to play in La Liga and given Atletico’s form in recent seasons, he could achieve not only league success but European success as well at the club.

João Félix, on the other hand, will be sensational in the hands of somebody like Pep Guardiola. Keep the ball, create and attack all the time–Pep Guardiola’s philosophy is the blueprint on which Felix grew up and for which Atletico paid £115 million for him 2 years ago. With Raheem Sterling’s future uncertain at the club, Félix could slot in seamlessly into Man City’s lineup. If Man City fail to sign an out-and-out centre-forward, Joao Felix can play that role better than most strikers in the Premier League.

Félix is fast, relatively tall, and has played as a second striker for almost all his career. Moreover, City’s passing and movement off the ball ideology could work wonders for the young Portuguese international. Pep Guardiola has shown a long-standing interest in Félix since his Benfica days and has always admired the playing style of the youngster.

Félix made 40 appearances for Atletico Madrid last season and contributed to 16 goals in that period. It is important to understand that this is the 21-year-old’s second season in one of Europe’s Top 5 Leagues, and these numbers are being generated in a predominantly defensive side. If Guardiola can tap the youngster’s potential, Felix could turn into a 30 goal striker for the club. The 21-year-old was completing 3 dribbles per 90 minutes in the Champions League last season, a motivating number for someone like Guardiola, who knows how to use a player’s strengths to benefit the team’s style of play.

Felix is a world-class talent, and with Bernardo Silva pushing for an exit, this could be a perfect swap deal between the clubs.

Could City realistically complete this deal?

This deal, like most big signings, looks tricky to complete while it is also a ‘too good to be true’ deal to be done by City. Even if Atletico do choose to sell their young prodigy to City, they will certainly ask for a substantial monetary return along with Bernardo Silva, as they paid over £100 million for Félix only 2 years ago.

Additionally, the 21-year-old’s contract extends until June 2026, which means that Atletico hold all the cards in this deal and can ask for a ridiculous amount as they know that City are keen on signing the player.

While Bernardo Silva’s contract also lasts until June 2025, he will be turning 28 this year, and the winger might only have 4-5 decent years ahead of him. Felix on the other hand can provide a decade worth of brilliance, and thus, if he is to leave Atletico, City would have to offer a money + player deal for the youngster to play at the Etihad next season.

Alternatively, Atletico have also been open to a swap deal which would see Saul Niguez go to City and Bernardo Silva come to Atletico Madrid. However, City are only interested in Félix and will try to negotiate a deal in the coming weeks, should Bernardo Silva push for a move out of the club.

The Portuguese duo could be changing clubs this summer, and if things go to plan, both teams will be getting a quality player each in their ranks.

Tottenham Hotspur talks with Paulo Fonseca broke down
Why should Chelsea not let go off Hakim Ziyech?
To Top