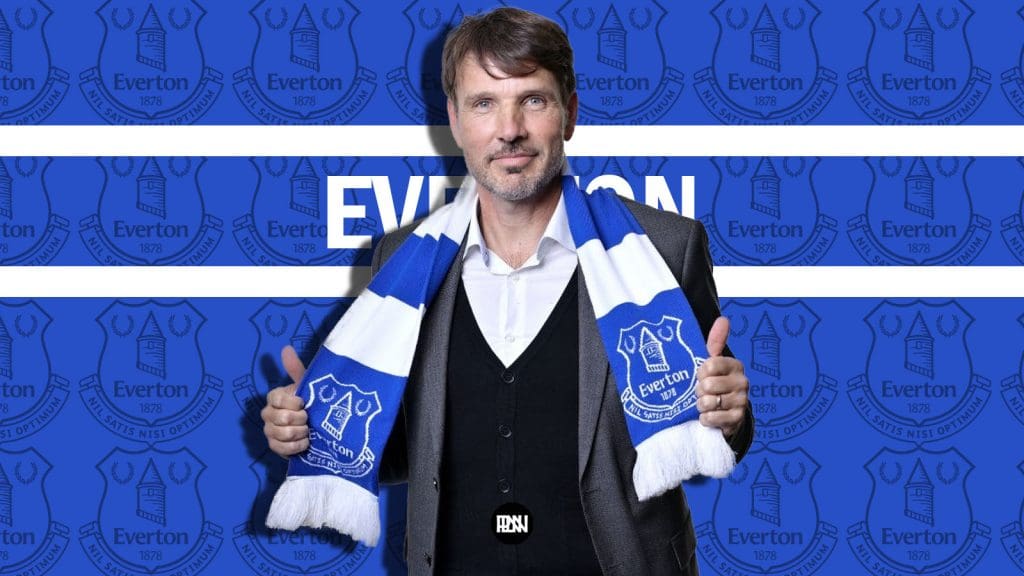 On the 29th of October, news broke that Jean-Luc Vasseur would be the man stepping in to replace Willie Kirk. Vasseur takes over an Everton Women’s team who aren’t at the level that he thinks they should be at (supposedly top 3), as they currently sit in eighth. But, is Jean-Luc the right person to guide them forward?

Jean-Luc Vasseur is a former Lyon boss who arrives at Walton Hall Park as one of the most decorated managers in the game, having won the 2019/20 Champions League with Lyon. During his time in the southeastern region of France, Vasseur has won it all and has now set sail to England.

Interestingly, Vasseur spent nearly a decade coaching men’s teams – including Creteil, Reims, Paris FC, and Châteauroux – before joining the women’s game with Lyon in 2019. The Frenchman left his post with Lyon in April and at the time of his departure, Lyon had won 16 of 17 league matches, with the only loss coming against Paris Saint-Germain.

After joining the club, Jean-Luc said, “I have experience in men’s and women’s football and had two outstanding seasons with Lyon. I’ve learned about winning everywhere and I come with the ambition at Everton to build a team that can achieve Champions League qualification. Everton is a club with big history. I have come here to write new history with my team.

He continued, “I have to learn and understand the players and the staff. I know the players, from watching [games] on video, so I am now going to discover the personality and the profile of them. It is very important, this human relationship with the players. We need all of them to build a team and to fight every week to win. When we play, we have to believe in ourselves.”

So, it appears (despite a bumpy start) Everton are still determined to get a manager who believes that they can take this team to the heights of the Champions League. But, is Jean-Luc Vasseur the right person for the job?

Vasseur got his tenure off to a winning start as his side comfortably beat Leicester City in their League Cup group tie. The Toffees beat the Foxes 3-1, with no major changes from Willie Kirk’s usual team. Gauvin was on the bench, it was a structurally sound formation and it allowed a weak Leicester side to be exploited. But these are all things that Willie Kirk did/attempted to do during his tenure. So, what’s changed?

Firstly, let’s remind ourselves that Leicester City are no Barcelona. For the level that Everton wants to be at, I shouldn’t have to be analysing a win, especially against a lesser side like Leicester. But recently, Everton have only been beating lesser sides, so I want to see if this is any different from the 3-0 win against Reading in early October or the 3-1 win against Birmingham City in late September.

At the time of writing, Everton haven’t played Brighton & Hove Albion, which is due to happen in around 06 hours. I want to see if Everton have actually changed, then you need to compare them to teams around them and that they are actually competing with (so not the top 3). Those teams are Brighton & Hove Albion and Manchester United, but they are more of a level footing with the latter. Sadly, they haven’t played either of those teams yet, but they will play them in their next 2 matches. So, if you want to see if they can actually get into the top 3 (spoiler alert: they won’t, and if you’re wondering why I’m so confident, read my article about Willie Kirk’s sacking), then watch their next 2 matches, and if they impress, then wait until their reverse fixtures with the big 3.

So, now we’ve concluded what Kirk’s done and also what he’s done (or more accurately not yet done), let’s have a deeper dive into what he wants to do. So, without any further ado, what is next for Vasseur’s Everton?

WHAT’S NEXT FOR VASSEUR AT EVERTON?

Well, certainly got time on his side. Jean-Luc Vasseur has obviously just been appointed, so you can expect to have until at least the end of the season, and he’d have to miss out on a top-half finish to get sacked that early. The board will be looking to hit the top 3 in the next few seasons, but that in itself is easier said than done.

To get prized away from Everton is quite easy, especially if one of the bigger teams is approaching you. Vasseur will want to stay in the WSL for a bit, so let’s have a look at who finished above Everton last season. I don’t think Vasseur fits the City billing, and something would have to go truly horrible for either Emma Hayes or Jonas Eidevall to be sacked. So, unless Manchester United finally start giving their women’s team attention and funding, he’ll stay put at Everton.

So, Everton and Vasseur appear to be perfect. But my gut feeling is saying that he won’t be an upgrade or Willie Kirk, but I just don’t know why. But things are looking pretty good for Jean-Luc Vasseur, and he will have a positive impact on the players, well, on paper anyway.