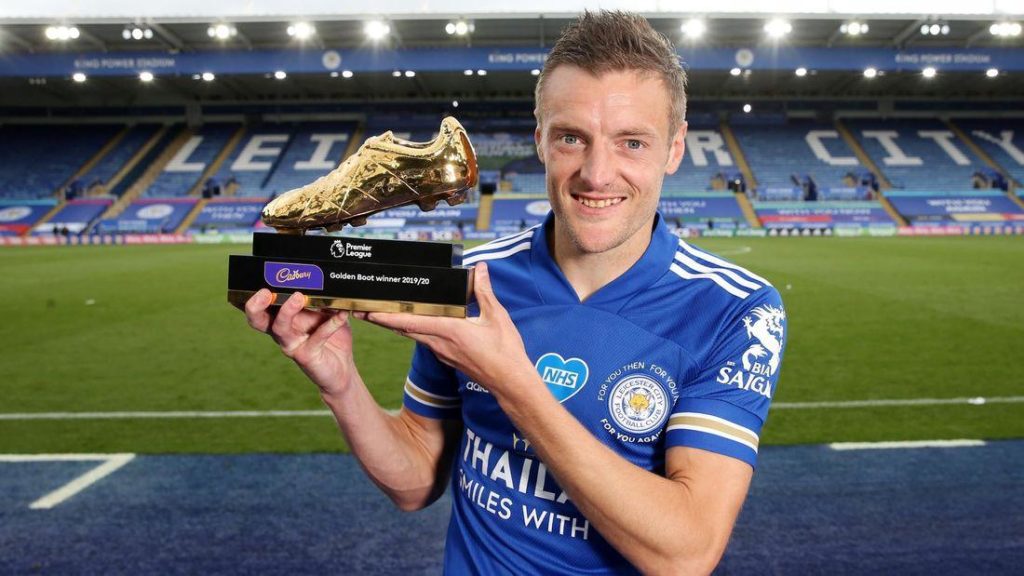 Premier League’s Golden Boot winner Jamie Vardy has penned a new deal with Leicester City which keeps him at the club till June 2023.

Along with the new contract agreement, the club has also agreed to increase his weekly wages.

Arguably the most important member of the famous Leicester City Premier League win in 2015-16 season, Vardy has been in amazing form in 19-20 campaign. He scored 23 times last season to help the Foxes mount an unlikely challenge for the Champions League places.

Speaking to LCFC.com, Vardy said: “The journey that I’ve been on with this Football Club is hard to describe, and although we’ve accomplished so much together already, I know that I’ve got so much more to achieve with this team, so it’s a special feeling to be able to commit my future to Leicester City once again.

“I love playing my football in front of our fans at King Power Stadium and I’m delighted to continue this journey at such an exciting time for the Club. We’ve a fantastic team that I believe is capable of getting even better and I can’t wait to see what we can achieve together in the next few years.”

He defeated fellow rivals Pierre-Emerick Aubameyang, Raheem Sterling and Danny Ings to win his first Golden Boot of his Premier League career. Vardy also joined the exclusive group of players to net 100 goals in their Premier League careers with a strike against Crystal Palace.

It will come as a huge boost to Leicester City head coach Brendan Rodgers as he looks to bring in new faces at the club after they suffered an unlikely collapse in the second half of the Premier League campaign. The likely departure of star Ben Chilwell to Chelsea for a fee of £50m will need an adequate replacement as well.