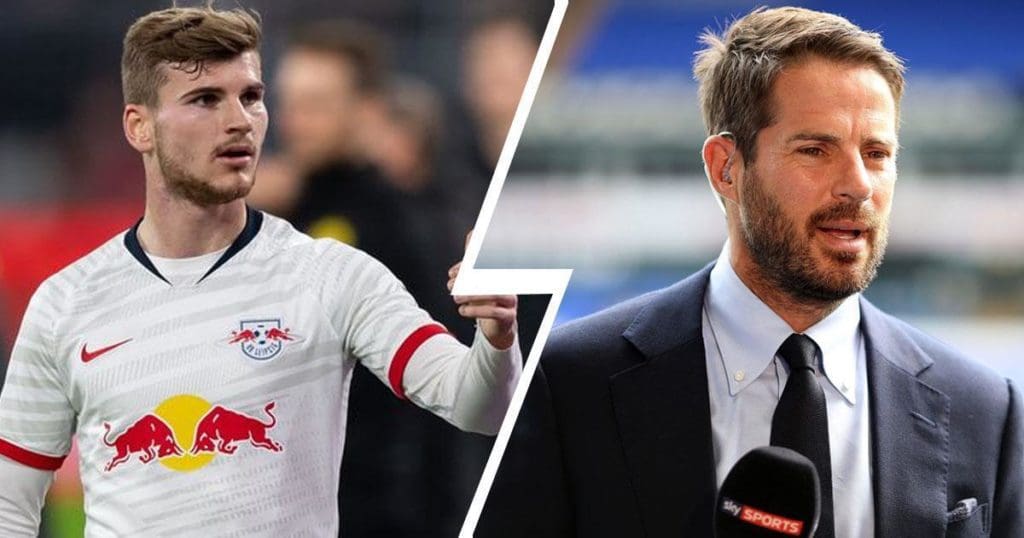 Jamie Redknapp has told Timo Werner to prioritise making Liverpool regret the decision to pass him on to Chelsea.

The German international is set for a move to Stamford Bridge if reports in the last few days are anything to go by.

Redknapp believes the acquisition of Timo Werner could play a significant role for Frank Lampard’s side in the coming years.

Liverpool reportedly pulled out of the race to sign the 24-year-old as they feel his release clause is too high, having watched him closely throughout the campaign.

However, the former Reds midfielder believes Jurgen Klopp and his side should be made to think about their decision not to sign the RB Leipzig forward for £54 million.

The ex-England midfielder said to football.london: “It’s a great signing.

“They have got Hakim Ziyech as well and he looks like a really good signing as well. Frank is building a really good, young side.

“Tammy Abraham has done well up front, but he can play in any of the three front positions. I think it just shows that they are doing good things at Chelsea. Frank has done a great job, especially if they get top four.

“If the deal is done without knowing that Chelsea are going to be in the Champions League, then it shows you that he was very impressed with what Frank and Chelsea are doing right now.

“He will probably look at that Chelsea front line, with Willian and Pedro out of contract this summer, and think that he can be a regular in that team.”

That guaranteed first-team football will be a major draw for Werner, Redknapp believes.

“At Liverpool, who is he going to replace? He’s a really good player, but we don’t know right now, is he better than Sadio Mane, Roberto Firmino, Mohamed Salah?” he said. “It’s one of the best front three [attackers] in the world right now so he doesn’t want to go somewhere and be a number two or a sub.

“Will they regret it? You don’t know but that is what he has got to do.

“He has got to make Liverpool regret that decision, or at least make them think: ‘I wish we had signed him!’”

Werner is currently enjoying one of his best seasons in his career as he found the back of the net 25 times for the Bundesliga side.