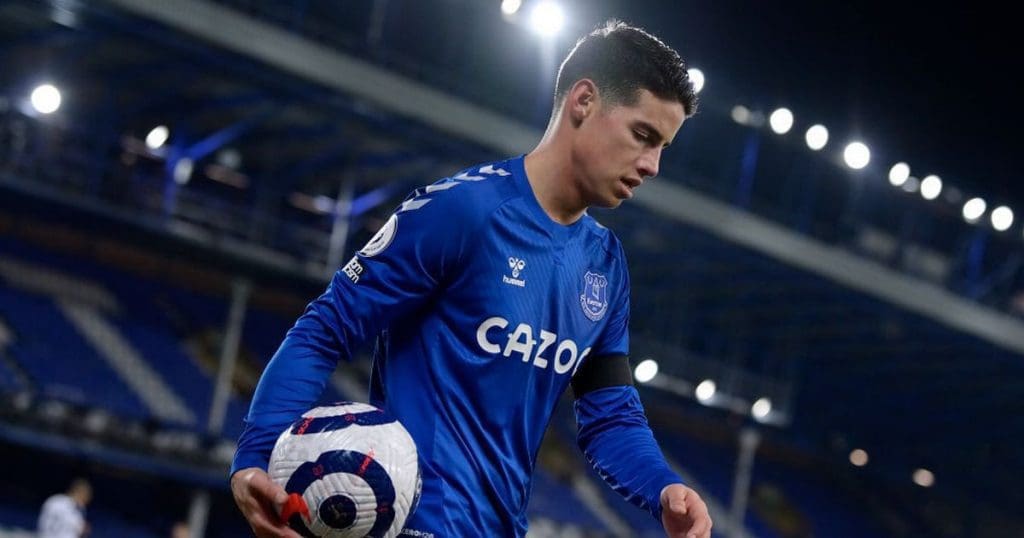 James Rodriguez was believed to be surplus to requirements at the Santiago Bernabeu after falling out with manager Zinedine Zidane. The 29-year-old was barely given a chance to prove his worth to the club after returning from a two-year loan spell in Germany. And that’s where Everton came in…

Ancelotti worked with the Colombia international while in charge of Madrid during the 2014/15 campaign, after the latter had enjoyed an impressive World Cup campaign with his country. Their time together at the Bernabeu also saw James produce his most productive numbers in a Los Blancos jersey in that same season.

Pouncing on an already established relationship, James Rodriguez moved to England and has since impressed in Everton colors with the Colombian International contributing an impressive six goals and nine assists in 25 appearances in all competitions.

With his contract running out in 2022, plans are already in the works to offer the Colombian a contract extension of one more season – keeping James at Goodinson Park at least until 2023.

Marcel Brands, Everton director of football, confirmed that Everton are already at work to try and get James Rodriguez to extend his current contract with Everton.

The Blues from Merseyside, although, has a lot of work ahead of them as – in addition to Rodriguez, Gylfi Sigurdsson, Bernard, Seamus Coleman, Jonjoe Kenny, Fabian Delph, and Cenk Tosun have their contract concluding on 30th June 2022. However, Ancelotti & the club are obsessed to get James to pen for another year.

Apart from James, Gylfi Sigurdsson & Seamus Coleman are the most important negotiations for the club, and talks with both of them are reportedly underway.

It’s no secret that Carlo Ancelotti wants to take Everton to Champions League and compete against Europe’s elite on regular basis. James is undoubtedly the pillar for that project & the Italian wants assurance that Everton are trying their best to match his dream of competing for the Premiership & Champions League.

Their finish this season would also be highly critical, as they still can get to the top four finish this campaign.

James is thirty and considering he sings one-year extension, will be thirty-two when that is up. He is at a stage where he is matured enough to plan his goals in conformity with the teams and considering this being his final bow in Europe before he takes off outstate (unless Everton offer him a new deal at 32) – He could leave alot for the Evertonians when he departs. 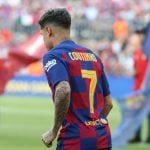 Everton to offer €40m for Philippe Coutinho; as they look to beat Arsenal, Liverpool & Chelsea
Next Article 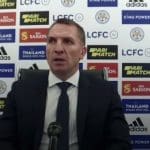 Brendan Rodgers NOT on board with fidget Spurs board; as he rules himself out of Tottenham job
Leave a comment