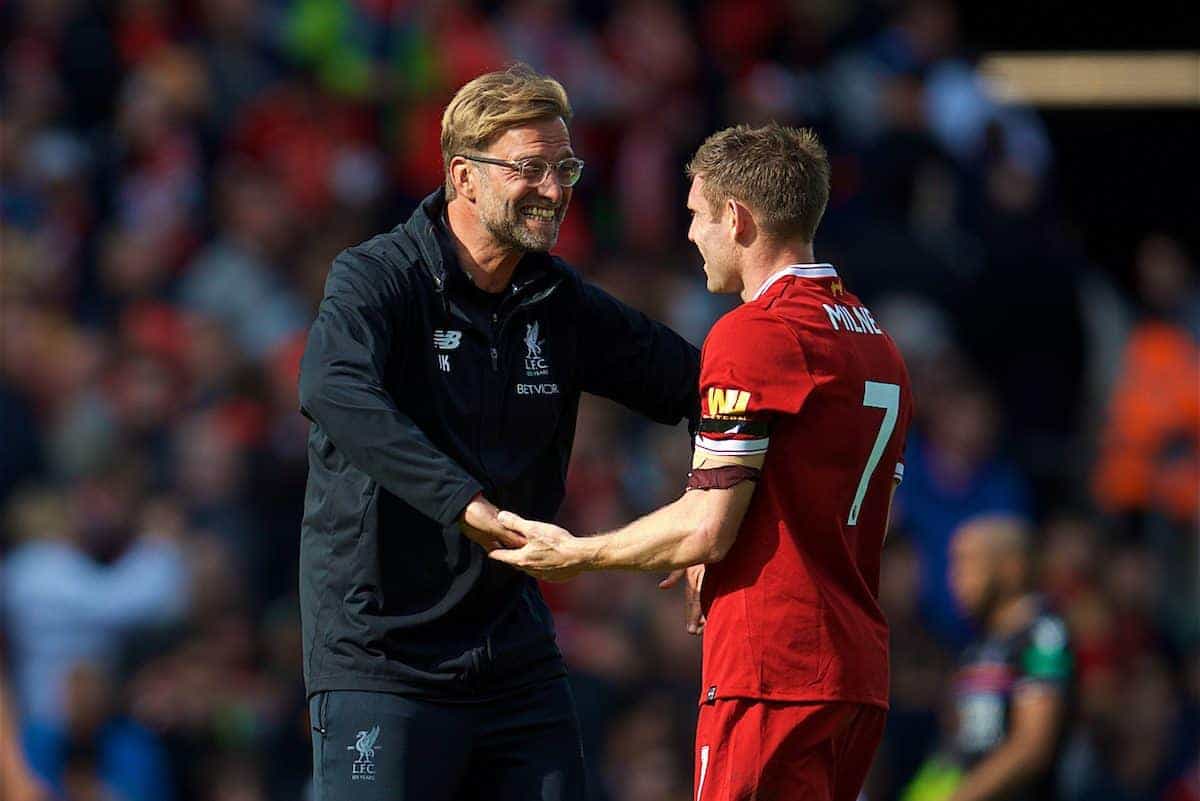 Back at the time, it seemed like a senseless decision to sign a 30 something-year-old who was written off by most critics and fans but little did they know that he had more heart in him than the doubter’s conviction.

James Milner is still going strong at the age of 34 and brings a lot of versatility to this Liverpool team though it may finally seem that his age may be catching up with diminished game time and injury scares but if we have learnt anything from the past is that you never write him off that easily.

Let’s take a look at what he brings to this Liverpool team:

Milner has been the unsung hero for a long time now, he has played all the position in the midfield and has also acted as a makeshift left-back or right-back whenever it has been needed.

He even notched up the most assists (8 assists in 11 matches) in the 2017-18 champions league season. Not too bad for someone who was written off, was it. But the stats don’t even do the justice to what kind of an effect he has on the team. His professionalism towards the game and his work is almost unparalleled.

If there was ever an old school midfielder who was a real beast on the field and a thorough professional of it, James Milner is your man. I mean as a Liverpool fan if you are reading this you must surely remember the goal line save by him against Bournemouth. I mean if that didn’t make you get off your seat I really don’t know what will?

He may not be the most athletic players on the filed but he has always been instrumental when it comes to breaking the attacks of the opposition with his sheer grit and all too well-timed tackles. He has time and again proved to be the worst nightmare for opposition players and an ideal role model for all the younger players in the dressing room.

No fancy haircut, no unnecessary controversy just putting his head down and getting to his work, again and again, day in and day out, willing to do the dirty work, putting in the extra miles and tracking back in the dying minutes of the game when everybody is just tired and wants to hear the sweet sound of the final whistle.