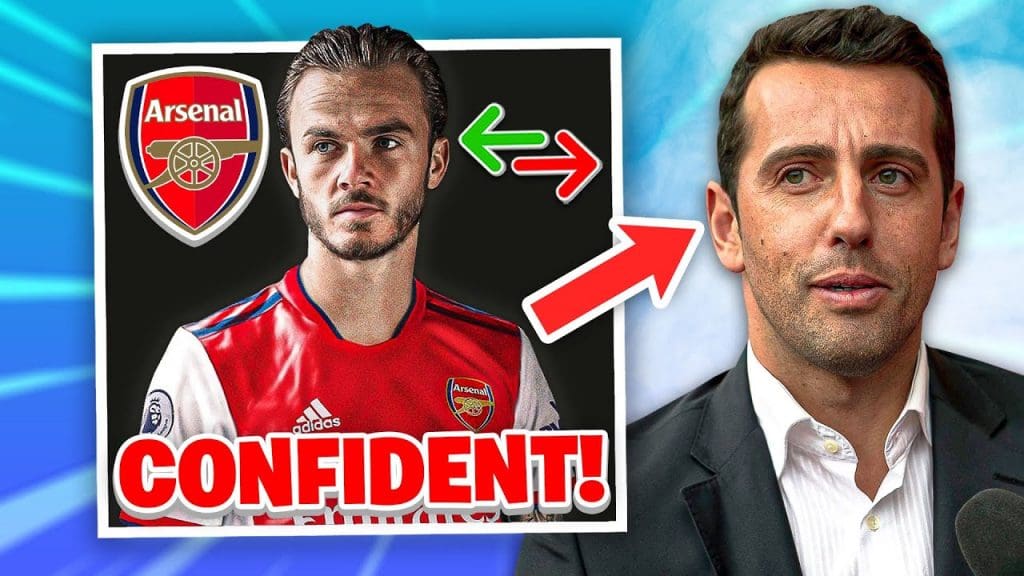 There has been some rumour going around concerning Arsenal’s interest in Leicester City’s midfield maestro James Maddison, despite several players been linked with a move to the Emirates consistently in the past few weeks, such as Martin Odegaard, Rodrigo De Paul, Jack Grealish, Albert Sambi Lokonga, etc. The latest revelation about Arsenal’s hidden agenda to lure England international Maddison to the club looks to be the kind of news that wouldn’t stop making the headlines until there’s an official bid or decline about the rumour.

Maddison’s inclusion might be a perfect fit in Mikel Arteta’s team, as his technical ability, versatility to play either as 10/8, passing range, goal-scoring threats, and the seamless ability to manoeuvre his way in tight spaces. His goal and assist ratio in previous seasons have been nothing short of joy. Last season, the Coventry-born midfielder scored 11 goals and assisted 10 in 42 games, which equals a goal or an assist in two games.

Though he created as little as 13 chances in the just concluded EPL season due to an early drop in form, his quality and technical abilities remain clear.

James Maddison’s signing could spur Arsenal’s manager Mikel Arteta to adopt a 4-3-3 formation, which is widely reported to be his preferred system (just like his mentor Pep Guardiola). Though Arteta had used the 4-2-3-1 system in most games, it could be argued that he might potentially favour a switch to a 4-3-3 formation if he has the required personnel to execute the system perfectly.

Meanwhile, arguments can be raised on how Maddison’s signing would be more beneficial to the team rather than the other attacking midfield targets like Odegaard (who seems to be staying with his parent club Los Blancos, despite Arsenal’s intention to make his loan spell permanent, after making a good impression during 2020/2021 season in the team), Fekir of Real Betis, Brandt from Dortmund and the likes, that have been rumoured to have drawn the club’s interest this summer.

Odegaard is thought to be the tested and trusted option among others, but what Maddison offers in terms of versatility (to play either 8/10 role) is claimed to be Arteta’s preference and the Coventry born man the top priority for the creative role.

With the emergence and performance of Emile Smith Rowe last season, Leicester City’s 24-year-old England international midfielder could feature seamlessly alongside Arsenal’s (CAM) academy youngster, considering the Hale End graduate’s ability to operate as an inverted left winger, giving room for Maddison to roam through the centre or interchange as the case may be, during transitioning.

Smith Rowe’s combination with Maddison could also yield another positive vibe as it does alongside Odegaard and hopefully give Pierre-Emerick Aubameyang some quality services, which Jamie Vardy enjoyed aplenty.

Considering the speculations about Leicester’s interest in Barcelona’s outcast and former Liverpool star Coutinho, The Foxes might be ready to cash in on their star player whom they signed from Norwich City in 2018 for a fee of around $24million.