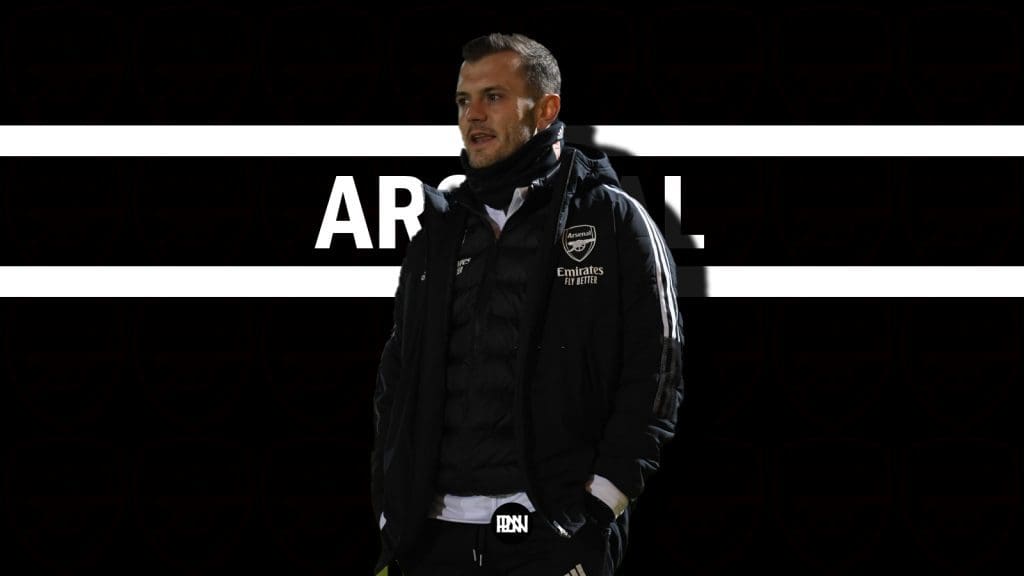 This was how the Arsenal faithful serenaded a 19-year-old Jack Wilshere after he’d put in a sublime display against Barcelona in the 2011 Champions League. The midfielder who came through the Arsenal Academy had dominated a Barcelona Midfield that comprised of Xavi, Iniesta & Busquets. His brilliance was such that Arsene Wenger described Wilshere as a player who had “Spanish technique with an English heart.” Wilshere had the potential of becoming an Arsenal midfield dynamo for years to come, but injuries plagued a potentially legendary career. Let us look at his career & how a return to Arsenal might be on the cards.

Born in Stevenage, England, Jack Wilshere developed a passion for football at a very young age. He joined the Arsenal Academy at the age of 9 in 2001. Wilshere underwent a period of tremendous growth in the academy with his sumptuous ability on the ball being clearly evident in his early days in the academy. He even went through a youth program at Luton Town before e was promoted to the Under-16 side at Arsenal. At the mere age of 15, he was named the captain of the Under-16 team and was even thrown into the Under 18 scene. After spending a season in the Under 18 team, Wilshere joined the Arsenal reserves before earning his long awaited promotion to the first team.

A career plagued by injuries

At the beginning of 2009-10, Wilshere was loaned out to Premier League outfit Bolton Wanderers on a season-long loan. Jack impressed during his loan spell at the club often playing as an advanced box to box midfielder. Although he was injured for a major chunk of the season, his performances caught the eyes of Arsene Wenger. After spending a season on loan, Wenger reintroduced Wilshere into the first team dynamic and soon became a regular starter in the heart of the Arsenal midfield.

Wilshere cemented his position as a box to box midfielder for the Gunners who could also play as a Number 10. Wilshere’s ability to play intricate passes, link up with the attackers & charge forward with the ball at his feet was a joy to watch. Wilshere stayed at Arsenal for 6 seasons before joining Bournemouth on loan in the 2016-17 season. The loan move was an attempt to get regular first-team action but even though there were some notable performances, injury severely restricted his playing time at the Cherries. After returning to Arsenal, Wilshere put in praiseworthy performances whenever he was on the pitch but after the departure of Wenger, Wilshere left his boyhood club in a permanent move to West Ham.

After making just 19 appearances in 2 seasons at West Ham, Jack left the club and is currently a free agent. Wilshere’s footballing brilliance was evident whenever he stepped onto the pitch but successive long term ankle & ligament injuries coupled with long, drawn-out rehabilitation plagued the playing career of the Arsenal talisman.

After his departure from West Ham, Wilshere signed a short term deal with the Cherries and even featured for the Cherries in the Championship. But after 6 months, Bournemouth released the player, leaving him with nowhere to play at. Wilshere has struggled with mental health issues throughout his career which is understandable for a player who has spent almost his entire career on the sidelines. In August 2021, Wilshere gave an interview to THE ATHLETIC where the former England International opened up on his Arsenal regrets & going through a period of depression while rehabilitating from injuries. He then started appearing on football talk shows as a Pundit while continuing his recovery and was then offered a chance by his boyhood club Arsenal to train with the first team while looking for a new cub.

Is a dream return on the cards?

Mikel Arteta reached out to Jack Wilshere after the midfielders life struggles came out in the public. The Arsenal manager had shared the dressing room with Jack during his playing career & offered him the chance to return to Arsenal and use the training facilities during his recovery. The Arsenal social media handles regularly feature photos of Jack training with the first-team squad and it’s evident that the 30-year-old midfielder is loving life back at Arsenal.

Arteta has been asked numerous times about the future of Jack & whether he plans to sign him for the club. Although the Spaniard has never hinted at a return for Wilshere, he has reiterated the fact that Jack can 100% play in the Premier League. Currently, it’s difficult to imagine a role for Jack in the Arsenal setup. With Xhaka & Thomas forming a solid midfield partnership & players like Odegaard excelling at the club, Wilshere’s best position in the team can be as a backup to the 2 central midfielders. If the training ground reports are to be believed then Jack certainly has a lot to offer on the pitch and if a dream move to Arsenal does take place, then the move could make perfect sense for the Gunners. Arsenal’s squad is full of young talented players & Jack’s experience can act s a pivotal factor in their development as a team.

In a recent interview with TalkSport, Jack mentioned the fact that the whole point of returning to Arsenal was to “build up his match fitness” & that “he doesn’t know what lies ahead.” His aim was to secure a move in the January Transfer Window and with the window now open, it’ll be interesting to see whether the Englishman will be offered a contract by a club. Wilshere deserves a chance to prove himself at the top level again & Arsenal might just be the perfect move for him. If a move does happen, then the Gunners faithful will definitely shower their love on a player who was once their shining star!