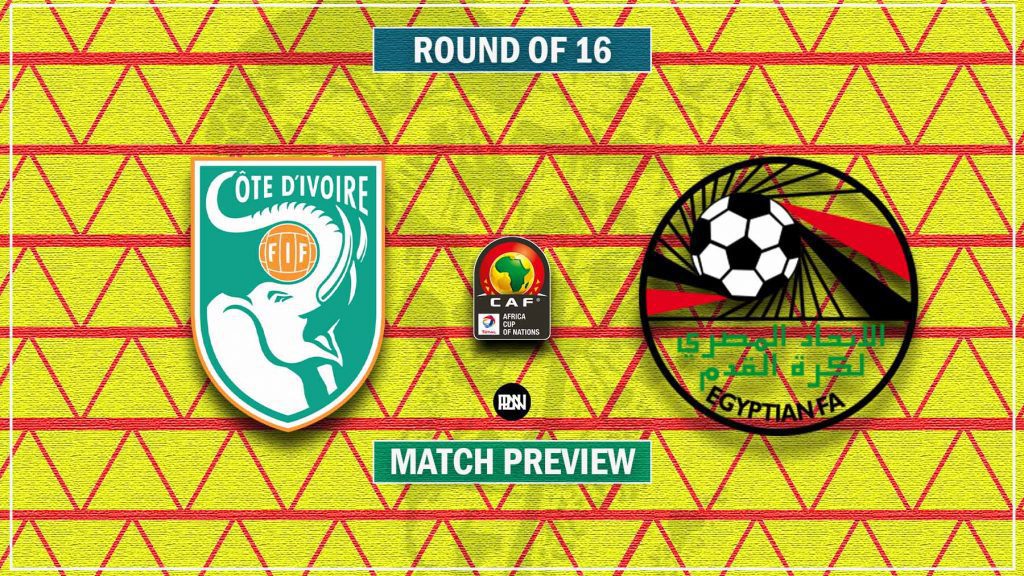 The Africa Cup of Nations has always been an event for a great display of African talents and the clash of heavyweights is always an opportunity to gain bragging rights on the continent. That will be the case on Wednesday, January 26, when Ivory Coast come up against Egypt in the last 16 stage of the AFCON.

Both teams were not regarded as strong favourites coming into the 33rd edition of the continental showpiece, but a run of good performances from Ivory Coast especially, have seen them jump to the ranks as one of three teams likely to lay their hands on the trophy.

The Elephants finished top of Group E, after failing to win just one match in the group stages. Ivory Coast won two games in their group including the emphatic victory over defending champions, Algeria – sending the North Africans back home.

Egypt, on the other hand, after failing to win their opening game, went on beat Equatorial Guinea and Sudan to ensure their qualification into the next round of the competition.

The record winners of the AFCON may not have the charm they used to have between 2002 and 2010, but they are not so far behind in terms of the recent quality we have seen on the continent.

The game at the Japoma Stadium is expected to be an intriguing one with lots of end-to-end staff also being tipped.

Eric Bailly suffered an injury in the 2-2 game against Sierra Leone last week and missed the final group encounter with Algeria. However, the Manchester United central defender should be back in time for the last 16 game against the Pharaohs on Wednesday. Wilfried Zaha is in line for a starting berth after a good game against Algeria while Max Gradel will also look to have a place in the team. The Elephants have no suspensions or injuries heading into the game.

Egypt will be without Akram Tawfic and Ahmed Fatouh for the game but Carlos Queiroz is confident of masterminding victory for seven-time champions. Mohamed Salah surely gets the nod on the right flan while he will be supported by Mostafa Mohamed and Omar Marmoush in the attack.

The Elephants scored the second-highest goal in the group stages of the competition (6), one behind Cameroon. Sebastian Haller looks to have found his scoring boot and was involved against Algeria more times than he played shots on target against Equatorial Guinea in the opening group game. Ivory Coast’s options on the flanks will be key to breaking down the defence of Egypt, who have been good defensively in the competition.

For Egypt, they know it will take some good work collectively to advance ahead of the West African side. The Pharaohs have recorded two clean sheets in the competition so far while also scoring just two goals in their two wins. The quality of the team will have to be evident against Ivory Coast, one of the highest-scoring teams in the group stage of the competition. Mohamed Salah has not enjoyed the best of tournaments but never rule out the quality he commands.

Should Eric Bailly be fit in time for the game, which is very likely, it will be a good battle for Premier League fans to watch as he will come up against Mohamed Salah in a United versus Liverpool tussle. The rivalry between these clubs could come into play in the ongoing AFCON, giving it much more interest. Crystal Palace’s Wilfried Zaha will also be playing for Ivory Coast in that fixture while Willy Boly is yet to make an appearance since the competition started.