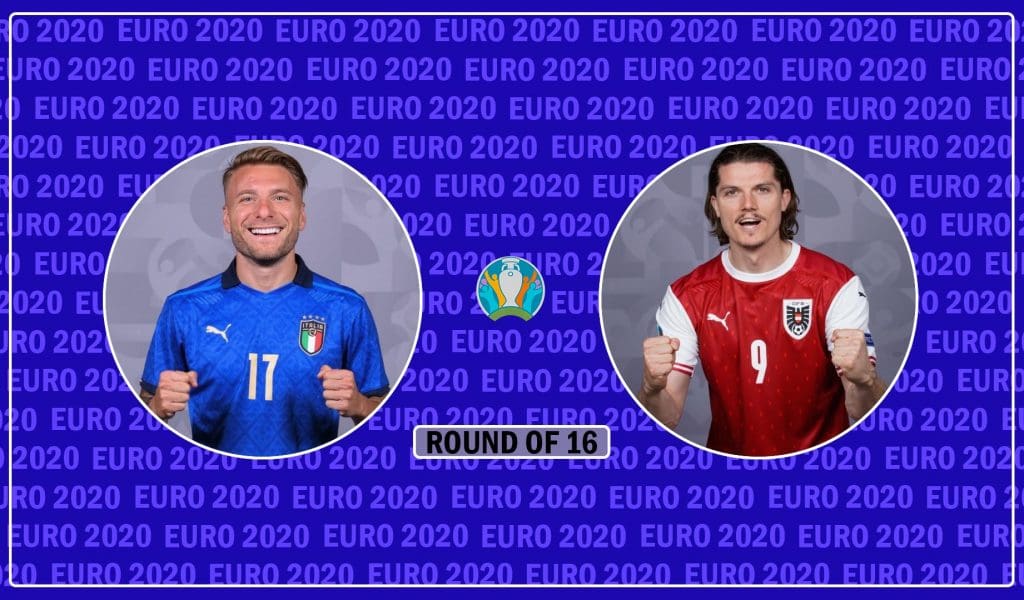 The group stages of the Euro 2020 have finally come to a thrilling end, and we now have only 16 teams remaining in the competition. The Round of 16 has thrown up some exciting fixtures, and fans cannot wait for the knockout stages to get underway. One of these fixtures sees a resurgent Italy take on a well-prepared Austria at the Wembley Stadium on Saturday.

Italy comes into this game having exceeded all expectations. No one predicted the Italians to be so dominant. They are one of only two teams who are yet to concede a single goal in the tournament so far, and their clean sheet run goes back to 10 games. Coach Roberto Mancini deserves massive credit for masterminding this overturn of fortunes. After a dark few years, Italy have proved that they are once again one of the superpowers of world football and that the Italians are here to compete for major trophies. Their commanding group stage performances have quickly made them one of the favourites to reach the UEFA Euro 2020 final.

They showed that they have enough talent and squad depth with their 1-0 win against 10-man Wales after coach Mancini made eight changes to the starting lineup for the game and resting several key players. That did not faze the Italians however, and they were up to the task, playing as good as the first-choice team. It will be an interesting matchup against the Austrians, and although the Italians were astonishingly miles ahead of the rest of the teams in the group stages, they face tough opposition in the Round of 16.

Austria were nowhere near as dominant as Italy in the group stages, but they got the job done with 2 wins and a loss. They had a relatively easy group and were predicted to progress to the knockout rounds. However, for a team who had a very poor record of just 2 points and 2 goals in the last two Euro tournaments, they did well to not let the ghosts of the past haunt them and progressed to the round of 16 of the Euros for the very first time in their history.

Coach Franco Foda has assembled a well-coached team with talented players like David Alaba, Marko Arnautovic, and Marcel Sabitzer. The Austrians know that getting past Italy will be very difficult, and the Austrian defence will need to be on top form to stifle the Italian attack.

Austria last were in action against Ukraine in the final group stage game, in which they won 1-0 thanks to a first-half goal by Christoph Baumgartner. Austria’s record against Italy in major tournaments is poor, having lost all 4 meetings against the Azzurri. The Austrian fans will be hoping for a miracle on Saturday that sends Austria to the quarter-final against what is a very superior opposition.

Italy could be without veteran defender and captain Giorgio Chiellini who has reportedly picked up a thigh injury and remains a huge doubt for the game against Austria. AS Roma fullback Alessandro Florenzi could also miss out on Saturday with a calf injury. Marco Verrati returned to the side against Wales after injury and could be in line to start again at Wembley Stadium after his performance was applauded by many.

Austria will be without midfielder Valentino Lazaro who has picked up a thigh injury and has been ruled out. Christoph Baumgartner was substituted soon after he scored the goal against Ukraine, and could miss out on Saturday as well. There is also doubt on the availability of Konrad Laimer.

Immobile is the one leading the Italian attack, and he will be the one who is expected to get the goals to fire them ahead into the quarterfinals. He has two goals and an assist in two appearances in the competition so far and the 31-year old’s displays certainly show that he will get a few more. Ciro Immobile is able to exploit the empty spaces very well and is deadly in front of the goal. He will have plenty of service with a supporting cast of Berardi, Insigne, Locatelli, etc, and Italy will be hard to stop if Ciro Immobile is scoring. 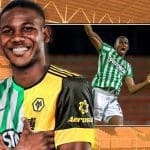 Yerson Mosquera: The first addition to Wolves in the Bruno Lage era, who is he?
Next Article 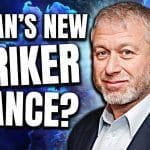