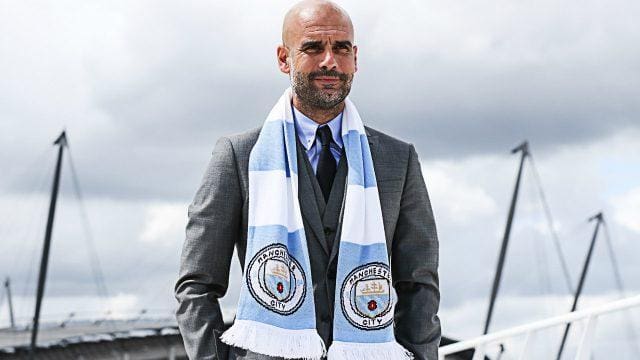 Manchester City have spent large sums of money trying to assemble an all-star squad which means that they have constantly come under the radar of the FFP but I guess even the what is the most prominent board in football cannot touch the likes of the people who own Man City. We shall leave that discussion for another day but today we will take a closer look at what makes Pep Guardiola such a notable name in world football.

Over the last decade or so Pep has gained more of a cheque book manager status by many people and we can understand that point considering that he has now spent in excess of 300 million only on his defence.

One must also remember that he managed to make Barcelona one of the best teams in the world without spending the crazy amount of money that he spends today but you can again argue that La Masia has one of the greatest academies in the world. But do not be fooled they were going in a downward spiral and he created a structure and philosophy which meant that they sat at the pinnacle for a good number of years.

While this may be true it still takes something special to mould and shape your academy products to perform at the biggest stage and Pep has certainly done an admirable job bringing to the front the likes of Busquets, Messi and others.

What you should also remember is, that when Pep came to England, he had a decent set of players but by no means would they be able to achieve what they have in the last few years by winning the domestic treble and back to back Premier Leagues.

To be honest you can have all the great players but integrating them into a squad can still be quite a challenging task and while money may be a big advantage if it were the most important thing in the world of football then I’m sure that we would have seen the likes of PSG or even Barcelona play more finals in the last few years.

Another factor to be taken into consideration is that the fans, the board and the owners of major clubs have become very impatient and want quick results which is why more and more money has been spent on quick short-term fixes rather than grooming and creating a squad for the future. Let us remember that even Jurgen Klopp took 4 years to create the kind of team that is feared by England and European teams alike.

Guardiola has imprinted his philosophy and brand of football and you need certain kind of players to execute his system and while he may have spent a lot of money I personally feel that branding him as just a cheque book manager is an insult to all the great things that he has achieved earlier in his career. One should also take into consideration that no one really took City seriously at least in Europe before Guardiola arrived.

For all his credentials and impressive trophies in his resume I believe that his inability to find the perfect defensive partnership at man City after spending more than one could imagine shows you that he is human after all and though the board has backed him until now I feel that you may very well see a change of manager pretty soon if he does not give the team any European accolades in the near future.

Manchester City’s failure to replace David Silva & Leroy Sane has made them predictable?

Spurs field with optimism, as Mourinho gets better of Pep!

Are Spurs a better team than Manchester City this season?

Manchester City’s failure to replace David Silva & Leroy Sane has made them...

Why Marcelo Bielsa style may not sustain in Premier League?

Is Harry Kane ‘The Best Striker’ In The World Again?

The Southampton system that is doing wonders this season

Are Spurs a better team than Manchester City this season?