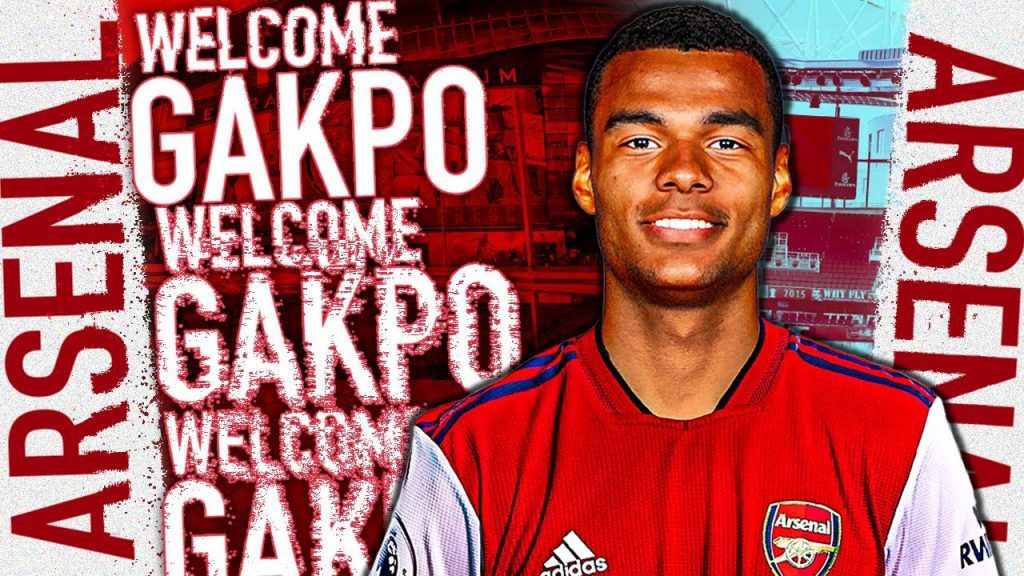 PSV Eindhoven’s 22-year old Cody Gakpo is the latest player from the Eredivisie to cause a stir amongst the European clubs.

Arsenal are said to have been leading the race to sign Gakpo with the likes of Liverpool, Barcelona and Bayern Munich also interested.

The North Londoners are now hunting for a new forward after the exit of Pierre-Emerick Aubameyang to FC Barcelona during the January transfer window. Also possibly following the Gabonese striker are Alexandre Lacazette and Eddie Nketiah whose contracts are up in the summer.

The links to Real Sociedad’s Alexander Isak have now started to fade away while Dusan Vlahovic has now joined Italian heavyweights Juventus for a fee around €70 million, plus €10 million in performance-related bonuses. Other targets like Aston Villa striker Ollie Watkins and Everton’s Dominic Calvert-Lewin are also linked for a move to the Emirates Stadium.

PSV Eindhoven along with their rivals AFC Ajax are renowned to churn out talents from their academies or signing players with high potential from a very young age. Some of Boeren’s academy prospects include the likes of Arjen Robben and Memphis Depay while Donyell Malen and Spurs forward Steven Bergwijn have made their bright starts to their professional careers through PSV. Cody Gakpo seems to be the latest prospect to join this list.

An Eindhoven-born Dutch national, Gakpo joined PSV’s youth academy in 2007 and progressed through the club’s various youth sides. From a very young age, Gakpo has demonstrated the potential of becoming a renowned goalscorer scoring 17 goals in 26 appearances across three seasons for the Jong PSV, the club’s reserve team. First-team coach, Mark van Bommel noticed his talents and decided to hand him his first senior start even when he was a teen against Excelsior Maassluis in the KNVB Cup, scoring on his debut. The following season Gakpo had seven goals and as many assists in 25 league games of 2019-20 season in what be his breakthrough campaign. Even Frank de Boer could not ignore his performances and he was included in the Dutch’s 23-man squad for UEFA Euro 2020.

Standing at an enormous 6 ft 2 in, you will be forgiven to think that Gakpo is just a target man. He is versatile, unpredictable and his movement on the pitch makes a difficult player to mark. His flexibility to play in any position in the front line means he fills up multiple holes if the manager decides to. Along with excellent spatial awareness, he is an excellent dribbler of the ball, completing 3 dribbles per match.

WILL HE FIT THE WAY ARSENAL PLAY?

The signs are already there for Gakpo to be a future superstar. His 9 goals and 13 assists have helped PSV just be two points behind the much more talented AFC Ajax side. It seems like Arsenal’s number one priority will be to sign a forward who will complement the likes of Saka, Martinelli, Ødegaard & Smith Rowe. Alexandre Lacazette has done an excellent job in doing so, becoming more reserved as a striker and allowing his teammates to focus on their offensive game.

The Gunners under Arteta are clearly expected to press high and hard, dominate possession, and spread evenly horizontally and vertically across the pitch in Guardiola-esque demarcated zones, with plenty of positional rotation used to confound the opposition. While Cody Gakpo is clearly a great offensive player but his defensive side of the game clearly needs some enhancement. Even PSV Director of Football, John de Jong, told Dutch newspaper De Telegraaf,

“If you look at Liverpool players like Mane and Salah, he still has a lot to learn. They are not only great footballers, but they also defend, Gakpo still has to improve on that point.”

Lacazette clearly works very hard for his team making 2 tackles & interceptions while Gakpo’s defensive output sits at just 1.2 per game. Also the French forward has made 308 pressure with a success rate of 31% while Gakpo has made just 57 pressures with a success rate of 28%. So clearly it seems like Gakpo is not instructed to do a lot of pressing in his team while Lacazette is instructed to do so. But Arteta can mold him in the player he wants and at the tender age of just twenty-two, he is ready to step up.

He still has a contract up till 2026 and Transfermarkt values him at £22.50m. Instead of pursuing more expensive options like Isak, David and Calvert-Lewin, Edu can once again strike a bargain deal and bring this talented forward to the red side of North London before someone else does!

Talking about bargain deals, Arsenal are also targeting another striker who can prove a bargain in Ivan Toney, and he can just be one of most under-rated option in papers!