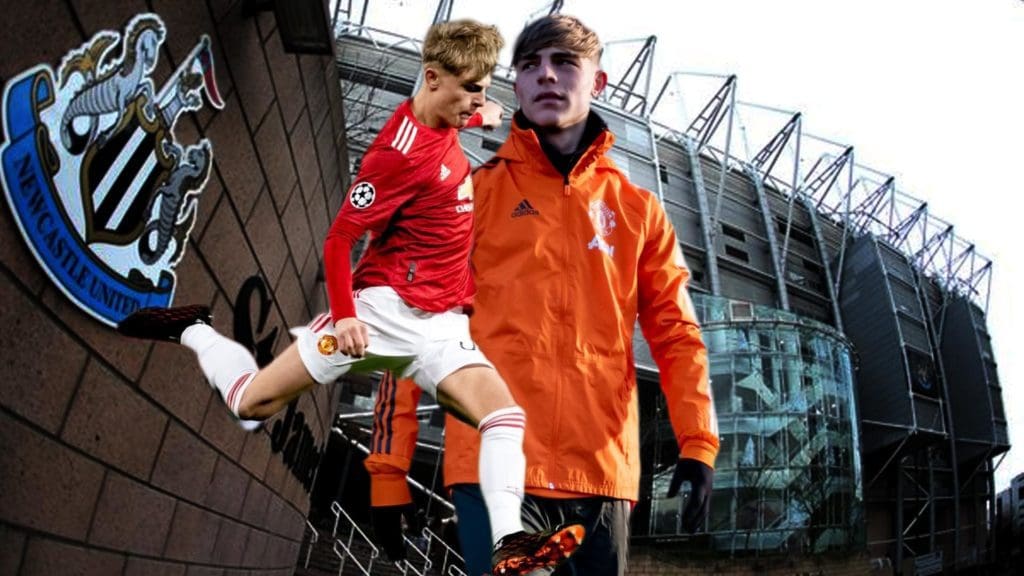 According to the Shields Gazette, Newcastle United have agreed on the ‘framework’ to a loan deal until the end of the season for highly-rated Manchester United left-back Brandon Williams. It is believed that deal between both parties has been agreed upon in principle.

The tenacious left-back is said to be highly rated by Newcastle United head coach Steve Bruce and as he has already stated in his press conferences that minimal business is expected in these unprecedented circumstances.

Brandon Williams is an excellent Manchester United prospect who is in need of game time. The player has only had six minutes of premier league action this season. Last year he broke onto the scene when he made thirty-six appearances for the red devils and also scored a goal against Sheffield United. But Since the addition of Alex Telles and return of Luke Shaw has derailed the growth of the promising youngster.

The 20-year-old full-back has a bite about his game, likes to tackle, and loves the physical aspect of the game, also is a decent dribbler and handy in carrying the ball forwards. Last season he executed 0.8 Key passes per game, completed 0.9 dribbles, and took 0.4 shots per game. Decent, but the energy and physicality he brings to the game are unmatched, most importantly he is young and improving rapidly.

He gives his all and ‘Can put a foot in’ at crucial moments, though he concedes fouls too often, doesn’t fear while tackling inside the box. That is why he is a kind of liked at Old Trafford. A ‘Warrior‘ dud kind of player.

If Newcastle can pull this off, Brandon would be a magnificent addition, a ‘gem‘ of a signing considering his versatility but the problem is that the Magpies already own a player with similar profile in Jamal Lewis. If you compare the stats and nature of both players you will find both exactly similar. Also, it’s only last summer we paid hefty fees for Lewis and Mike Ashley would try to make sure that the value of his asset should not depreciate.

No disrespect to both the players but Jetro Willems is head and shoulders above them in offensive aspects (he has more shots, goals, assists than both of them combined) and he has very good chemistry with Saint-Maximin and he is a Bosman – it should be a no brainer for the Toons. I do think he will add an extra threat to attack with his powerful drives.

Also, the fact that Brandon Williams recently signed a new deal at Old Trafford worth £65,000-a-week makes him an expensive loan addition to any mid-table club.

Anyways, If Steve Bruce does want to bring Brandon Williams to St James’s he needs to move quickly because other rival clubs like Southampton, Crystal Place, and West Brom are hovering about the bait.

Do let us know in the comments who Newcastle United should go for in the current transfer window.