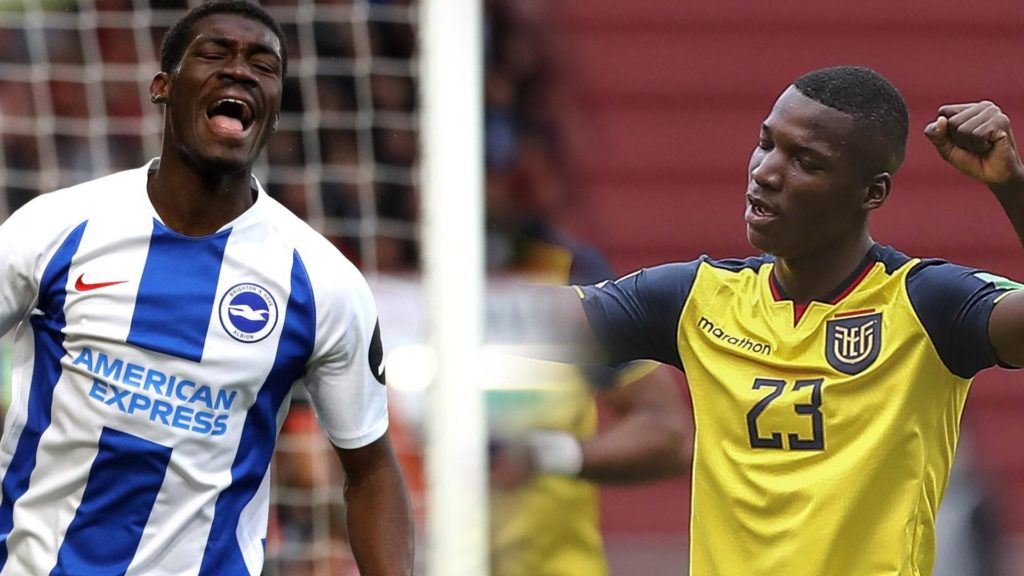 Graham Potter’s Brighton has had far from an ideal start to the season sitting seventeenth with just 3 points clear of the relegation zone. But the results are far from the performances they are putting up and Malian midfielder Yves Bissouma is a central figure with & without the ball.

Bissouma received lots of praise from fans and pundits alike for his spectacular performances week in week out. His performances have been rewarded with links to top clubs in the Premier League notably Arsenal and Manchester United.

Another midfielder flourishing in the Ecuadorian top tier with Independiente del Valle is Moises Caicedo. He has been performing well in a promising Independiente and has been likened to N’Golo Kante with rave reviews coming from Ecuador. Caicedo has been linked to clubs like Manchester United and Chelsea but it looks like Brighton has captured the Ecuadorian starlet with a 4.5 million pound deal set to be agreed.

Now, with Bissouma linked with a move away from Amex – Caicedo will likely fill in his shoes if Yves moves on.

Yves can play as a defensive midfielder and also as a traditional number six. Bissouma has played in both the positions for the Seagulls and has performed considerably well irrespective of where he is placed.

He relishes opportunities to shoot from long range, and these have reaped benefits as seen in his goal vs Burnley. He averages a modest 1.1 shots per game and ranks third in the Brighton squad for shots taken behind Neal Maupay and Leandro Trossard. Bissouma’s shooting accuracy rate is a measly 16.9% but we have to consider the fact that most of his shots come from outside of the box.

Yves Bissouma is outstanding in terms of his defensive output. He posts a mammoth return of 3.06 tackles per match and ranks third in the league for tackles only behind N’golo Kante and Oriol Romeu. The Malian has 14 interceptions which is a decent tally but this comes with a downside. He lunges into tackles and gives away fouls easily which puts his team in a rough spot. Bissouma has given away 28 fouls leading to 5 yellow cards and 1 red card.

Bissouma has the tools to become one of the best midfielders in the English top flight.

Caicedo can play as a proper defensive midfielder or as a part of the pivot. He regularly plays in a double pivot due to his mobility and passing ability. Caicedo is very comfortable with the ball at his feet, likes to control the tempo of the game, and plays passes that gradually break opponents’ defensive lines.

The Ecuadorian starlet can break up play with ease although he is not a physical specimen. He displays a lot of strength and stamina and uses his technique and his astute ability to read the game. Moises averages a huge total of 4.68 successful defensive duels per game and has not been in the referee’s ears frequently. This is proof of his discipline and tackle success rate.

He averages a commendable total of 5.08 interceptions per game. These stats are a testament to his command of the defensive sector of his game.

Caicedo also possesses the ability to dribble the ball and can find pockets of space and exploit them with his speed and mesmerizing passing skills.

Layoffs to add to his attacking habits he loves to do flashy tricks. He is good with fundamentals and is an exciting prospect. I am awaiting his arrival at Brighton and in Premier League.

So, Let’s compare Bissouma & Caicedo in terms of their playing styles and find key differences and similarities in their gameplay:

– Both Bissouma and Caicedo have great command over the defensive sector of the game. They average a hefty amount of defensive contributions per game.

– Both like to dribble the ball with great success

– Both can play passes that break defensive lines

– Caicedo is a cleaner player compared to Bissouma. The latter committing many fouls compared to the Ecuadorian starlet.

Caicedo is very similar to Bissouma in many aspects of the game and is a perfect like for like replacement. I think Brighton can capture a gem and he can flourish in Graham Potter’s system. Lets see how things pan out for these wonderful footballers.