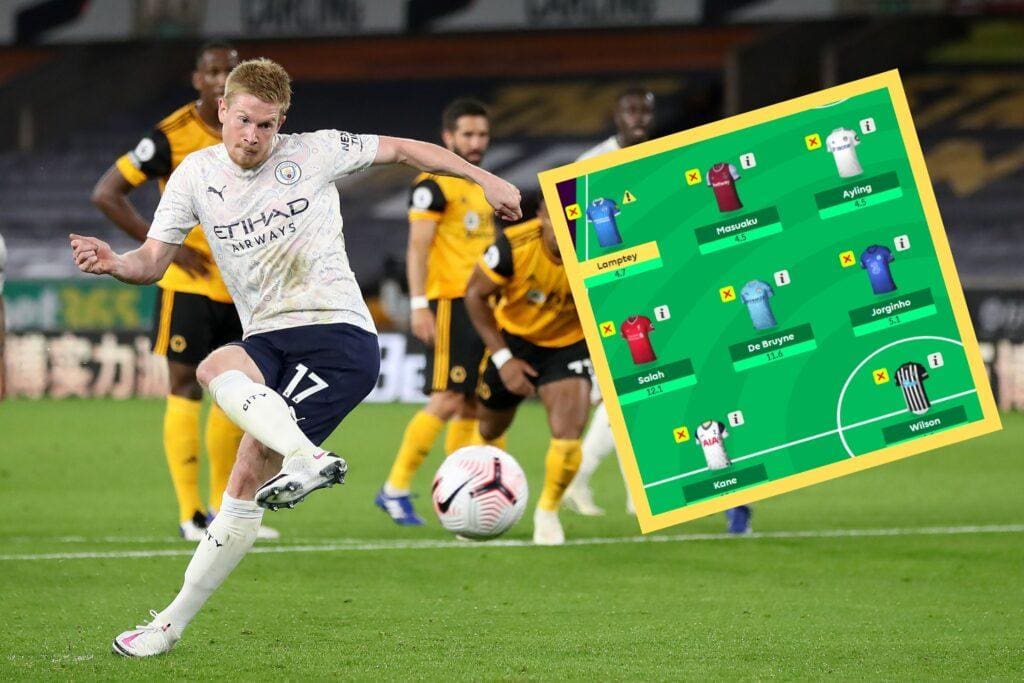 One reason for the increase in the number of goals is the amount of penalties that have been awarded by referees this season. This can be put down to a change in the handball rule and some bizarre decisions that were given by VAR. The rule will stay the same, however referees have been advised to be a bit more lenient in their decision making.

There have been more penalties awarded this season (25) than any other season at this stage. At the current rate we could see an estimated 125 penalties awarded come the end of the season, higher than any season so far.  This has led to a new strategy amongst Fantasy Premier League managers having three or four penalty and set piece takers in your Fantasy team. This increases the chances of earning more points in the gameweek and also provides some interesting captain picks. Not all penalty takers are guaranteed points however, as missing a penalty will result in points deducted.

There are three guaranteed Penalty takers that you should include in your team, having all three of these might need steep investment but the reward will certainly be worth it. These players not only have a chance of scoring from penalties and set-pieces but are also a threat from open play.

No surprises here, Manchester United are notorious for winning penalties and have already been awarded 3 with all three of those converted by Bruno Fernandes. He is yet to miss a penalty in the Premier League and his record when it comes to penalties even prior to joining Manchester United is impeccable. Scoring 30 penalties in his career. The pace and trickery of the front three will see more penalties being awarded to the Manchester club and Fernandes will be the one to step up and take them himself. He is also a goal scoring threat from set-pieces and open play and his ability to make defense splitting passes make him an outstanding pick.

The poster boy of Tottenham has been in fine form this season, not only scoring goals but also getting more assist this season. Kane has the most number of assists (6) so far this season. He is guaranteed points and even on a day when Tottenham fail to play well, Kane pops up with a goal or an assist. He is the Penalty taker for Tottenham and has an incredible conversion rate from the spot. There is little to no reason for not including Kane in your side. Kane has converted from the spot 21 times in the Premier League alone.

The third most obvious pick that should be a mainstay in FPL managers teams is Mohamed Salah, the Egyptian is the number one Penalty taker at the club currently. James Milner who was on penalty duties has handed over the responsibility to Salah. The goal machine has already put away one from the spot as he scored a hattrick on opening day, and he is always a goal threat. He was the only goal scorer for Liverpool in their defeat to Aston Villa in gameweek 4. He is also an extremely good candidate for captain in any game week.

Budget Picks: Having these three in your team might deplete funds quite a bit, so here are some alternative penalty takers that managers could pick up if they find themselves feeling short of funds.

Mateusz Klich: Priced at just £5.6m Klich is a great option and very underpriced for a regular starter that is on set piece duty. He can be an incredible asset and one that starts regularly for Leeds United and should be a priority over other Leeds midfielders.

Danny Ings/ Raul Jimenez: Two strikers that are always in amongst the goals, FPL managers can pick between these two lethal strikers depending on the gameweeks. The striker that looks to have a more favorable run of games can be included in the team.

Neal Maupay/ Callum Wilson: There is not much to separate these two strikers and if you are looking for players in the £6-7m category, Maupay and Wilson should be on your radar. Both the strikers are in form and currently given the responsibility of taking penalties. As is the case with Ings and Jimenez the inclusion depends on the upcoming fixture list.

Chelsea midfielder Jorginho is a huge shout for inclusion at £5.1m but he is not a guaranteed starter and unless there is an injury crisis at Chelsea. Jorginho might not get a good run of games. Jamie Vardy is another striker that rarely misses from the spot, but the funds needed to bring in Vardy(£10.1m) could be immense. Kevin De Bruyne is a similar story, an expensive asset that will need a lot of funds to be put aside £11.6m to be exact. The overall threat that these players possess however cannot be underestimated.

This season seems to be blessed with penalties and FPL Managers will want to maximize their points potential which is the reason, multiple Penalty & Set Piece takers have found their way into many teams.