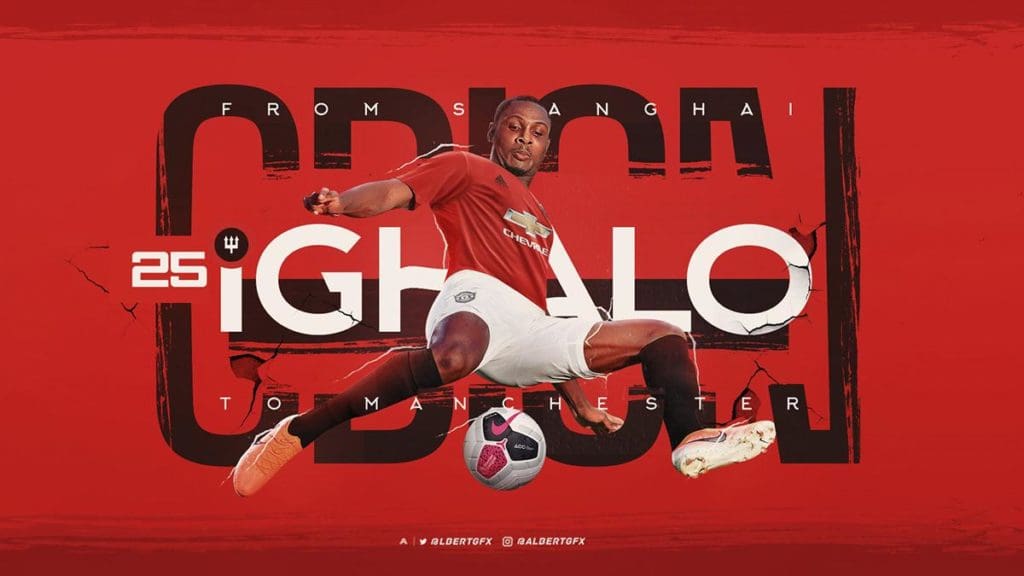 Odion Ighalo expressed his gratitude and excitement after seeing his loan from Shanghai Shenhua extended till January 2021.

Ighalo says he is determined to continue with the club and help them move higher on the Premier League standings.

United confirmed the deal after long talks with his parent club who were looking to get him for the restart of the new Chinese Super League season.

The deal will see the 30-year-old continue under Ole Gunnar Solskjaer till January 2021 and has expressed his delight after the club made it possible for him to relish his dream.

“I’m really happy. It’s a dream for me to be here. I’m buzzing and ready to go,” Ighalo told MUTV. “The last few days have been difficult as there have been different talks about it but now I’m really happy so I need to concentrate fully. I’m here until the end of January, so it’s good for me.

“I decided I want to stay and I’m happy. Since the first day I arrived, I made it clear that I wanted whatever it takes to continue that work. It was very difficult, there were some talks, but I’m happy they finally agreed and got everything done. Everything is official now.

“I’m sending thanks to the Shanghai president and director for the support because they know this is what I want. So I’m thanking them and I’m happy that this has happened. They wish me all the best too.

“Like I’ve said, since I was young, I’ve been supporting this club and playing for it is a dream. Now I’ve extended my loan, it makes it even more clear and I’m committed as I know, in my head, I’m here until January ending. I just want to work hard and enjoy it, support the team and do whatever I can to make us go higher and higher.”

Ighalo, who has been a die hard Red Devils fan since childhood was signed on deadline day of the January transfer window and has repaid the faith entrusted in by scoring four times for the club.

“It’s different from where I’m coming from and different to where I was before,” he said. “It’s something I’ve never seen before and it makes me wonder if I’m dreaming or it’s reality.”