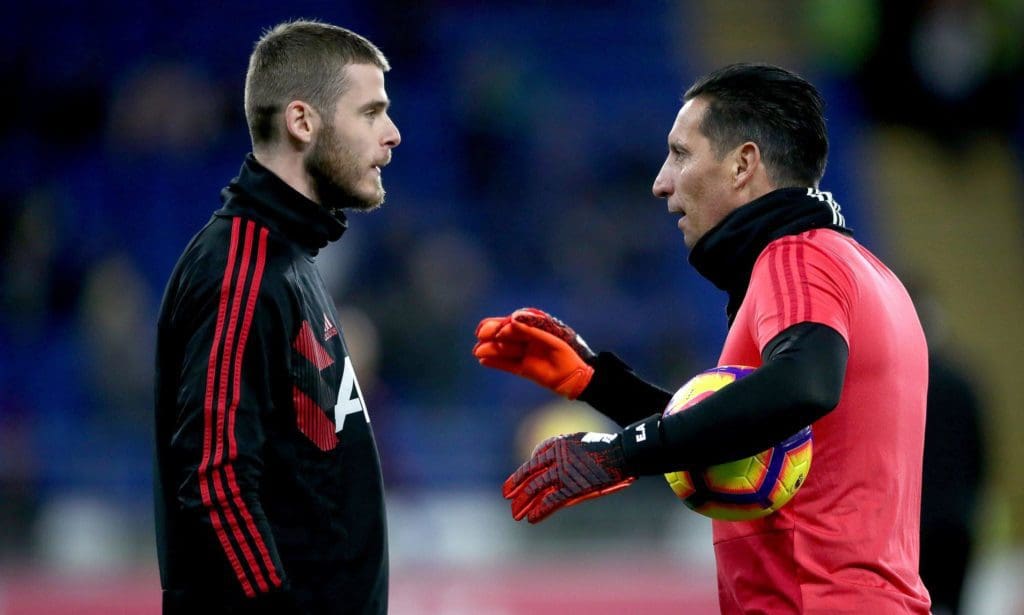 Former Manchester United goalkeeping trainer Emilio Alvarez has revealed his decision to leave Old Trafford was as a result of a fallout with David de Gea over the latter’s future at the club.

Alvarez also acknowledged that it was a decision he took on his own contrary to reports suggesting the 48-year-old was released from his role in the team.

The United shot-stopper put pen to paper on a new long term deal with the club last September and his extension will see him continue with the Red Devils until the summer 2023.

The trainer was a part of Jose Mourinho’s coaching team during his spell at helm of United, with Alvarez now confirming that his exit was based on the fact that the Spaniard went behind him to fresh terms with the Premier League side.

“It’s not true that Manchester United relieved me of my duties,” he told AS.

“In fact, once De Gea renewed, United put an offer on the table for me. It was me who asked to meet with the club so I could tell them I wanted to leave the club. It was at this meeting they asked me to renew. I told them I was going but not because I wanted to leave United. I wanted to stop coaching De Gea.

“Aside from being his mentor at Atletico Madrid, where I backed him strongly, I was the person who convinced him to sign for United. I was his right-hand man in Manchester.

“I came to United thanks to the great work of Jorge Mendes and because Mourinho wanted to sign me to help David develop and to keep him at the club. At that moment, he wanted to leave United.

“After almost three years with lots of work and meetings with United to renew him and to make him the best paid player in the world, I learned that he had renewed behind my back. Honestly, it felt like a lack of loyalty.

“During negotiations, he also had a falling out with the person who had carried out all the talks in order for him to be paid what he was paid. At the last minute, someone else meddled. I insisted that I didn’t like that because it seemed disloyal.

“I asked David why he didn’t say anything to me and he said that he was told not to say anything to anybody. This had an impact on me. The way I understand my profession is that you can’t help someone develop if you do not have total confidence with them and that’s why I decided to leave United.”