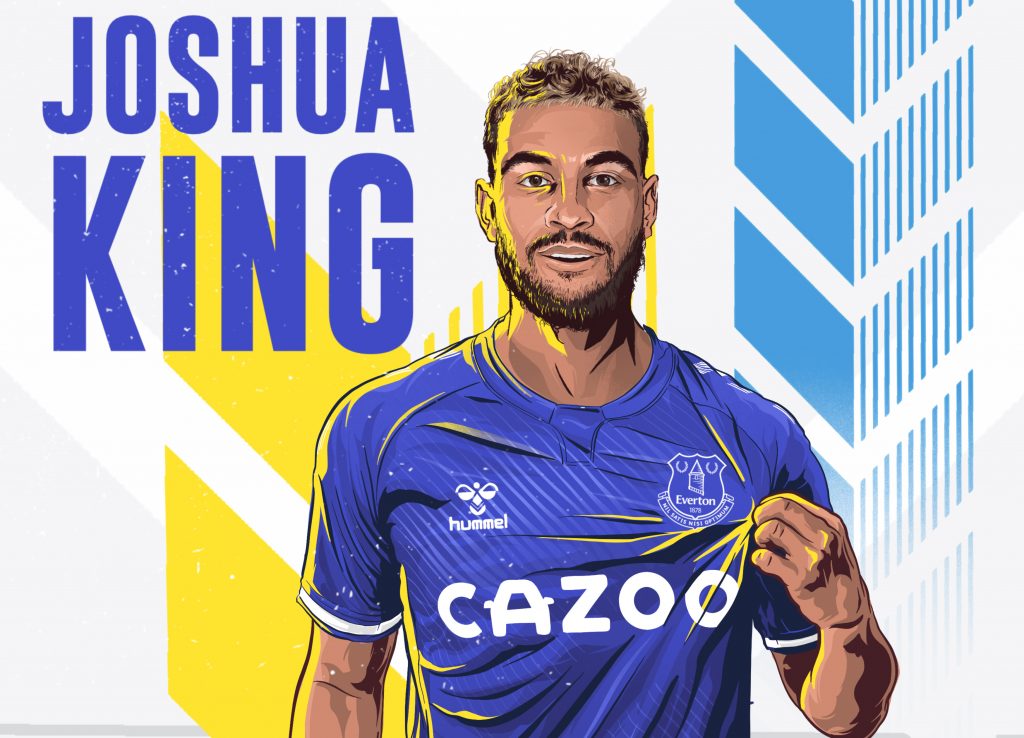 With the sale of Cenk Tosun to the Turkish outfit, Besiktas, and Anthony Gordon being sent out on loan to Preston, Everton lacked depth in the attacking areas. Several options were being considered like Arkadiusz Milik, who has since joined Marseille, and Hirving Lozano, who would have cost the Toffees a hefty fee.

Instead, Everton went for Joshua King from AFC Bournemouth. Unlike most Premier League players, the relegation to the Championship has not been the best for the Norwegian. He has failed to score in his 12 appearances for the Cherries this season. However, he does provide the attacking depth and experience that Ancelotti’s squad needs.

Here are some of his abilities and strengths that make him an important signing for the Merseyside’s blue end:

King is a very versatile player with the ability to play and provide in various positions. The 29-year-old can be a replacement for Dominic Calvert-Lewin, Richarlison, or James Rodriguez, who are the key attacking players in Everton’s set up. He has the creativity and the vision to play as a number 10, but also has the attacking instincts of a number 9.

King has also spent majority of his career playing in the Premier League and hence is familiar with the style of play involved. This is a major boost as a new signing being familiar with the league always helps the player adapt faster and helps them understand the expectations.

Joshua King has played as a second striker alongside a target man for most of his career providing some extra creativity and goalscoring threat to the team’s attack. He can also play as the main striker or on either of the wings providing the attacking support when required.

While one cannot expect King to start every game for Everton, he is the perfect rotation option for Ancelotti’s front three. He can also be used in the FA Cup fixtures when either DCL, Richarlison, or James are to be rested or remain unavailable.

King is a low-risk-high-return option as he has cost the club just 11 million pounds, which is a fee that is good enough for a quality player who is in the final years of his prime. The Norwegian has also scored 42 goals over his four seasons in the Premier League which is a better return than most players who have played for a bottom-half team.

He can be expected to play in the upcoming games against Fulham, Manchester City, and Liverpool as Everton face these fixtures in just five days. It is a hectic schedule and either DCL (with his recent Hamstring problems), Richarlison or James can be expected to be rested for one of these games which in turn would mean a guaranteed start for Joshua King.

Carlo Ancelotti has also mentioned that Joshua King has been signed to provide the right experience, depth, and quality to Everton’s squad. He has been signed not only to score goals but also to create opportunities for his teammates and provide a reliable option on the bench.

No matter the role of Joshua King in this Everton squad, he is surely the creative force and the quality on the bench that Ancelotti’s squad requires to make their final push for the European spots.