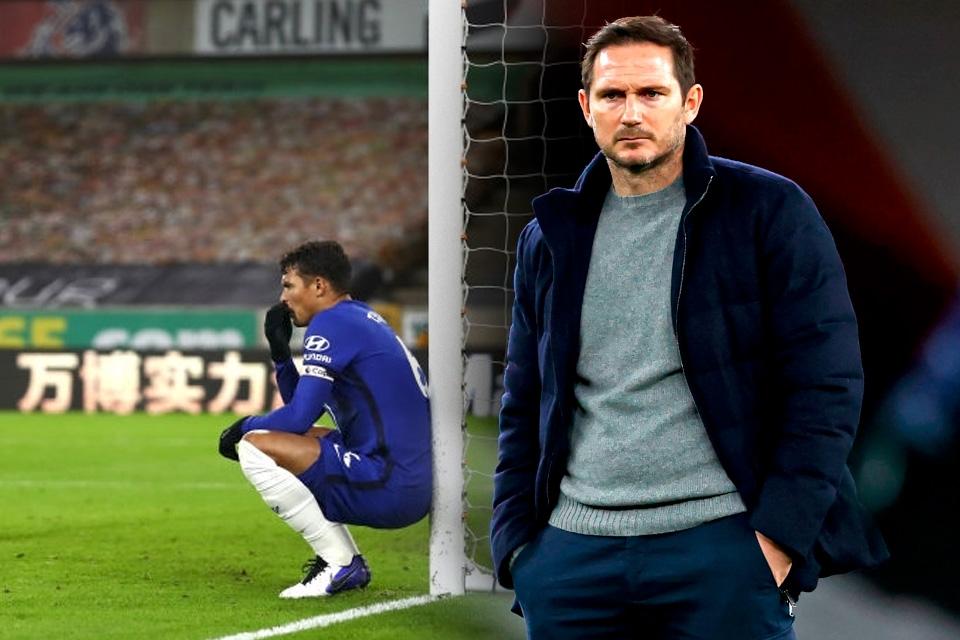 We enter the New Year with new expectations and highs but Chelsea continue to go down. There is no hiding to the fact that a sword is tied up next to Frank Lampard’s head and he could join the pedigree of Chelsea managers who have been sacked in a very short span of time.

He currently has the worst points per game average among managers appointed since the Abrahmovic era. After an emphatic 16 game unbeaten run, Chelsea now have secured another streak for them but this time it is the worst they could have imagined. They have 1 win in their last 7 games and with this, once termed as potential title contenders have now fallen as a mid-table team. But what should the board really focus on?

Here we list some of the ways to FIX Chelsea:

‘Trust the Process’ is the most common phrase in the modern day football but fans just remember the same in their good phases and do not actually mean it in their bad phases. Chelsea did spend a huge amount in the summer but they did invest into a team for the future and they never expected to get off to a flying start so early. Frank is under the radar since he and his team were have a winning streak but now they have dropped form immensely. This season has not been that bad overall.

All the Chelsea signings were termed as ‘Lampard Signings’ and thus the board needs to give him time with the new squad. Any manager in the premier league has not achieved the greatest heights. For reference in his first two seasons, Klopp did not achieve everything. With time now he has a squad which is not just the best in England but also the best in Europe. And comparitively, Frank has already secured much more than him in his first two seasons and was able to get better off him, Pep Ancelotti, Brendan and many others that too not just once.

Chelsea has a legacy of sacking managers when they have a short span of rough games but for the club of their stature they have to change this ideology and have to be consistent with the managerial position to earn consistent success. This is the best time to do that as Frank being the legend can be the one to rely on and with this sort of backing in the window and by the board he can lead the cubs to greatest success.

Sticking with Frank certainly doesn’t mean that Chelsea do not need a revamp in approach. The team is currently playing in a 4-3-3 with two no.8s but are not getting the best results at both ends of the pitch. Neither the 8s are helping to create an overload in the middle while attacking nor are they able to track back runs from opposing midfield. Chelsea’s recent approach of attack has been majorly through the flanks and that has become too predictable. They must now get the best output of the formation or change the formation.

A change in the tactics will be a new spark amongst the players and thus they could give their best. A formation with two strikers could work with experience of Giroud linked with the pace of Werner. Also they could work well on the current 4-3-3 formation in training as this kind of formation requires a lot of passing and good link up plays at various ends of the pitch.

Any team that needs to succeed must know their Best XI despite having great back-ups in the squad. Frank has not yet figured out his best front line up front and in the midfield. Due to injury concerns and players being out of form, he has played with a number of combinations up front. Chelsea squad currently has 3 main strikers who are being rotated heavily and thus none of them is finding their feet in the games, completely opposite to other top teams in their league who have a dedicated marksman.

Along with a strong XI the team must have great back-ups and Chelsea does have a very good squad for the same but still the manager has to put this fact in the heads of players that when and how they are assets for the club. Each player must be defined the role they have to play and should not wait before each game to guess if they play or not.

Chelsea did acquire services of as many as 7 players this window but the one thing that they did miss was their inability to offload players. In the January they must get rid of a number of players or send the youth on loan to have breathing space. This helps the squad to eliminate the problem of many and also gives player confidence on their role.

Currently, Chelsea has 5 center backs, 3 left backs, 3 goal keepers and a stacked midfield in the senior squad but lack depth at wings. This all needs to be sorted and a judicious use of the window is must. Few arrivals could also be lined up but not before the offload of many.

One thing Frank has always focused is on playing players on merit but now this has led to a problem of many. No player is backed enough to know that they are certain to start each week and thus a panic is always seen amongst the players.

Something similar happened with Kepa Arrizabalaga the last season. The season prior to Lampard’s appointment, Kepa single handedly helped Chelsea to win the Europa League and was full of confidence. But his bad phase in the Lampard era led to him being dropped and him being pushed as the second choice. The Spanish International since then was never able to pick up confidence. Frank and the fans have to back the players as much as they can to help them keep their heads high.

Chelsea is full of star players but none of them is showing up in big games. Backing of fans to the youth players could help them with confidence which each player at their age wishes for. Likes of Havertz, Odoi and Werner must be given assurance of their roles and Chelsea must try to get the best out of them. Senior players too have to take charge on the same.

In all we at Premier League News Now think Chelsea has a great set of players but they will have to learn to play as a group. This is a tough phase for the group but they must get out from it the earliest and get back to winning ways.