Leeds United finally landed the signing of their long-time target, Dan James. After seeing a move for the Welshman collapse at the last minute in January 2019, James moved to historical rivals Manchester United six months later in June 2019. However, the Yorkshire club were still admirers of the winger and courted a move for him even after his move to United. Their efforts finally came to fruition on the last day of the transfer window in August 2021, after the Reds from Manchester accepted a bid for him and ending the Peacocks’ pursuit of the young Welsh winger.

Leeds fans and pundits were generally excited for the arrival of James, and for what he can add to the squad. With manager Marcelo Bielsa admitting to being a fan of the young winger, this move could be hugely beneficial for both the player and club. James, who is in search of regular playing time after falling down the pecking order at United owing to the arrival of Jadon Sancho and Cristiano Ronaldo, will have much lesser competition at Leeds United. 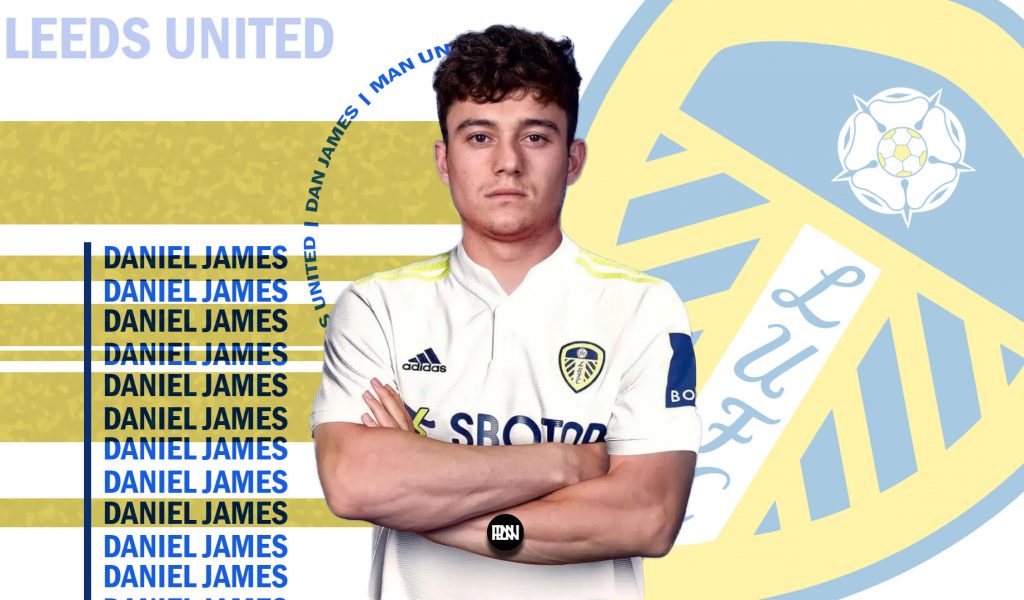 Bielsa’s playing style is that of high energy, high intensity and he asks for maximum fitness from all his players. James has shown his energy with his displays at United and even Swansea earlier, and his never-ending stamina is evidenced by his ability to run at full speed even in the last-minute of a game, after playing the full ninety. The Welshman is hardly injured and has wonderful fitness levels, which is why Bielsa pushed for his signature for more than a couple of years. The young winger, who is nicknamed ‘the Welsh Sonic’, is a perfect player for Bielsa, and will fit into his system effortlessly. The Argentinian coach is known for improving players and will no doubt improve James as well. At times in his United career, he appeared trigger-shy, often giving up the ball in promising positions instead of shooting. There is a general feeling among Leeds supporters that Bielsa will work on this aspect of the Welsh wizard, and they will be hoping the £20 million or so fee they paid for him turns out to be a success.

HOW CAN LEEDS UNITED LINEUP WITH DAN JAMES?

Daniel James’ best position is as a winger or a wide midfielder, a position where he can use his devastating pace to good effect. He still needs to develop his dribbling skills a bit more, but he is terrific when he is allowed to run behind opposition defense, and he has the ability to leave a defender behind with his pace. With Marcelo Bielsa adopting his old 3-3-3-1 formation after the 5-1 thrashing at the hands of Man United, the Welshman can either replace Jack Harrison or Raphinha on either wing. James is capable of playing on both flanks and is equally good in both positions. If Bielsa persists with this formation, James will have to compete with Harrison and Raphinha. Additionally, we could see Raphinha’s position changed to fit in James, with the Brazilian also comfortable playing just behind the striker, as a no. 10.

This is Bielsa’s beloved formation, which brings out the best of his midfield. With Kalvin Phillips in the sole holding midfield position and with two number 8’s in front of him, it allows him to dictate play and smother opposition midfield by sheer numbers. The 4 in the midfield are crucial to Leeds’ build-up play, and James like in the 3-3-3-1 will have to compete with Raphinha and Harrison for a spot. Bielsa is known for changing players’ positions to what he best feels will help the team, and astonishingly, pundit Danny Mills has claimed that Bielsa could even change James’s position to an advanced midfield role. Although surprising and fairly unlikely, Bielsa is renowned for his “crazy” decisions which benefit the team, and we could see yet another decision like that. With that in mind, James could lineup as a no.8 or a 10 and that could see him compete with the likes of Rodrigo and fellow countryman Tyler Roberts

This is a formation in which James played a few times in his first season at Manchester United. This setup will be memorable to the 23-year-old particularly for the game against Liverpool at Old Trafford in 2019, where James blasted down the flank to assist Marcus Rashford for the opener. The Welshman played in the front two alongside Rashford and at times Anthony Martial, and used to bring the ball up the pitch with his terrifying speed. James will be familiar with this formation, and Bielsa could use it to his advantage to play the youngster alongside the main striker Patrick Bamford. Although Bielsa has not used this formation many times in his Leeds career, the arrival of James could make him change his mind and adopt this formation. Everyone is aware of how lethal James can be on the counter, and this formation could be the best for him with his ability to get past an opponent using his pace.

Have Arsenal really been that bad? Perhaps not!
With interests from Turkey; Should Arsenal cash-in on Mo Elneny?
To Top