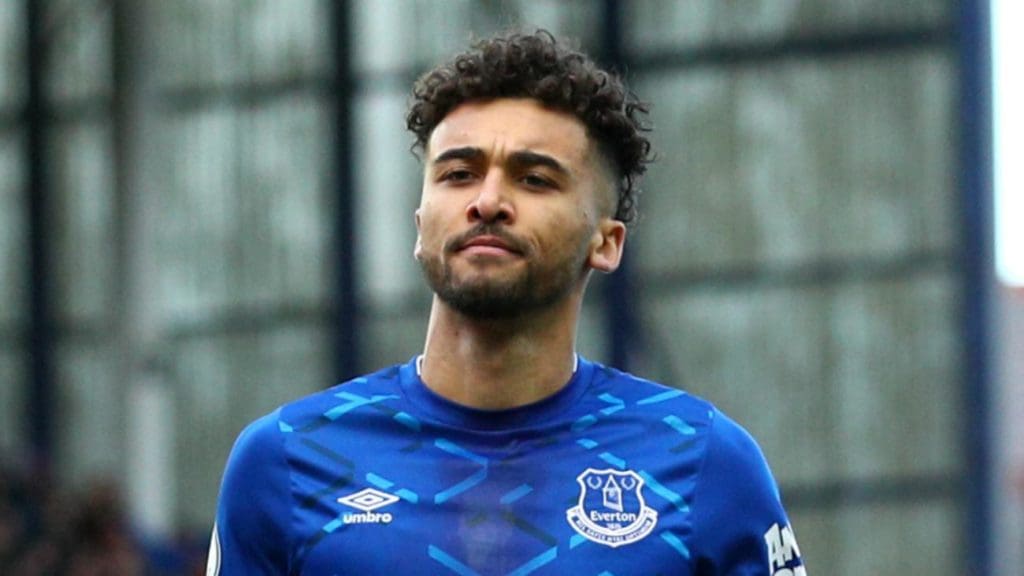 Dominic Calvert-Lewin is a man who looks to have found his scoring boots since the appointment of Carlo Ancelotti at Everton.

The young English forward has had a big impact at the club with the change of manager and looks to have found his mojo in front of goal.

Up against Norwich City who have conceded 55 goals in 30 games in the Premier League, Calvert-Lewin will definitely be raring to go against such defence. Daniel Farke’s side have been one of the worst defence sides in the league in terms of the number of goals conceded – only Aston Villa have shipped in more goals (58).

With 13 goals and one assists in 28 appearances for the Toffees, Calvert-Lewin is a threat for the Canaries on Wednesday. 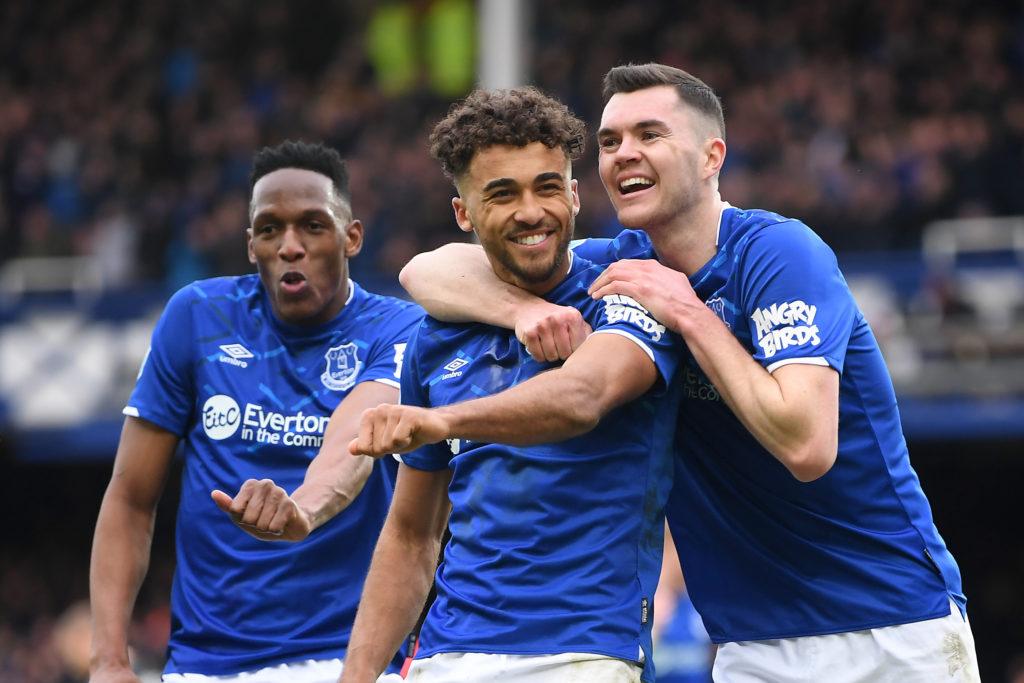 Here, we take a look at how Norwich can keep the 23-year-old at bay and come out on top against Ancelotti’s team:-

Most often since the Italian took over at Goodison Park, he has gone with a traditional 4-4-2 formation with Calvert-Lewin and Richarlison playing as the front men.

At 6ft 2, the England international posses a physical threat up front for Everton. He is bold and always determined to go head-to-head with any defence he has come up against.

Not short of strength as well his quite impressive height, these qualities make it difficult for defenders to play against him.

There is no doubt Farke will have to tell his centre-backs to deploy the best physical side of their game as much as they can on Wednesday. 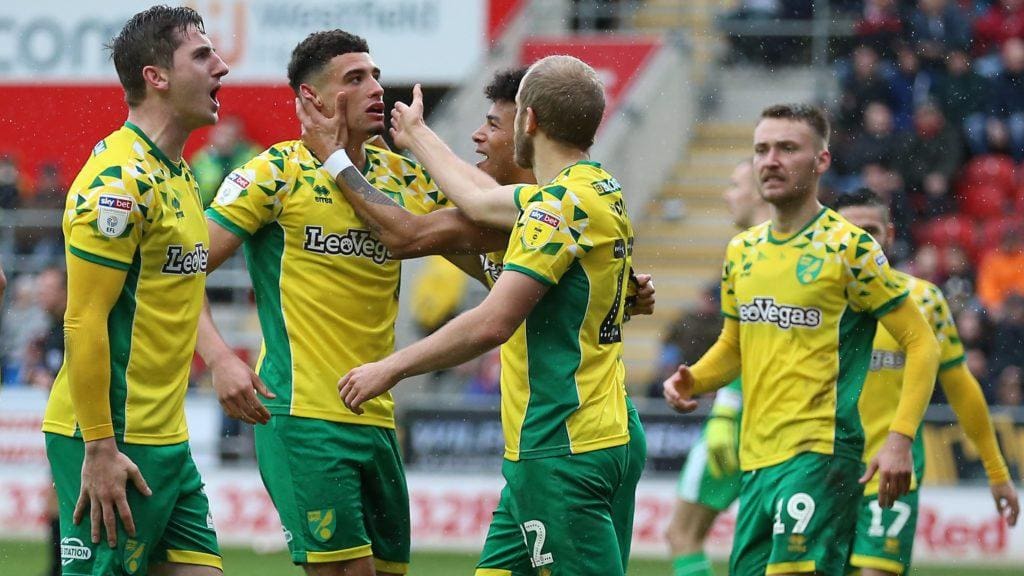 With Grant Hanley out, Ben Godfrey and Timm Klose are set to continue their partnership at the heart of defence. Coming against an exciting forward in Calvert-Lewin, they will need to be on top of their game to prevent the player from adding to his goal tally.

Another threat from the Englishman the Norwich backline will have to be wary of is his great and understanding partnership with the Brazilian Richarlison. Both have combined pretty well on a number of occasions for the away side.

Calvert-Lewin has scored twice from a Richarlison assist in the 2019/20 Premier League – against Bournemouth and Newcastle, while former’s only assist in the league had come for Richarlison.

It shows how both players are forming a likeable duo for Ancelotti and a joy to watch for Everton fans. 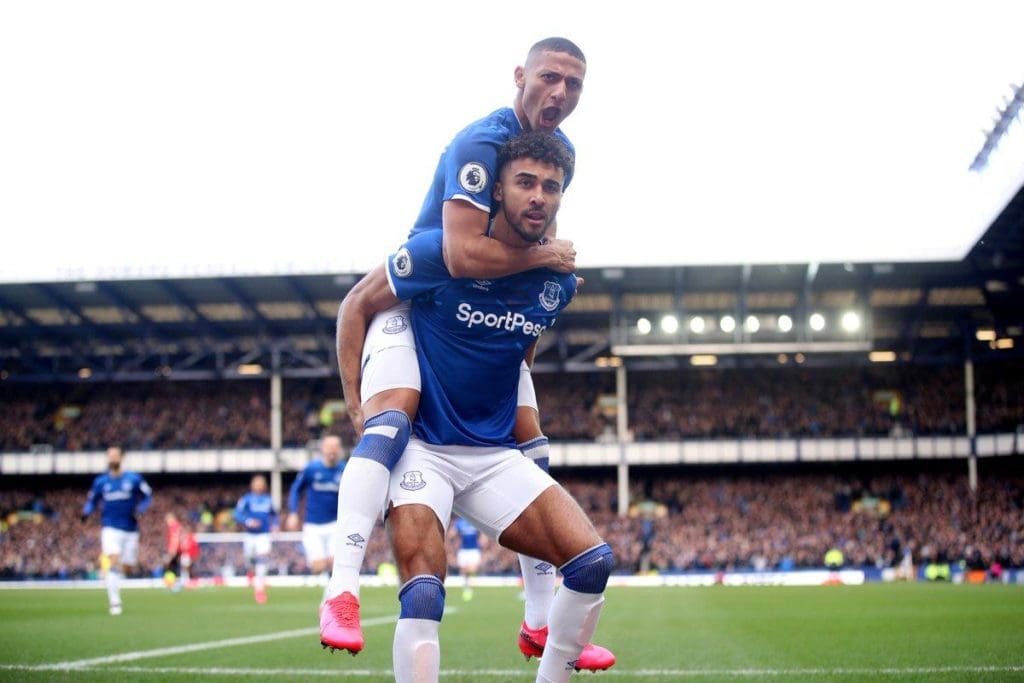 Norwich’s back four will have to ensure that the pair don’t get as much time on the ball than they usually do in the game. To keep the No.9 quiet, they will need to cut the supplies from the Brazil international and keep a close eye on him.

They will also have to be too good in the air from set-pieces and crosses as Calvert-Lewin has that perfect instinct to be at the right place at the right time.

Should Norwich stay too this plan, the threat from Dominic Calvert-Lewin will likely not surface, and will give the defenders a a stress-free game.

However, they will likely be punished by the 23-year-old should they leave little spaces in behind their back and not close in on Richarlison.