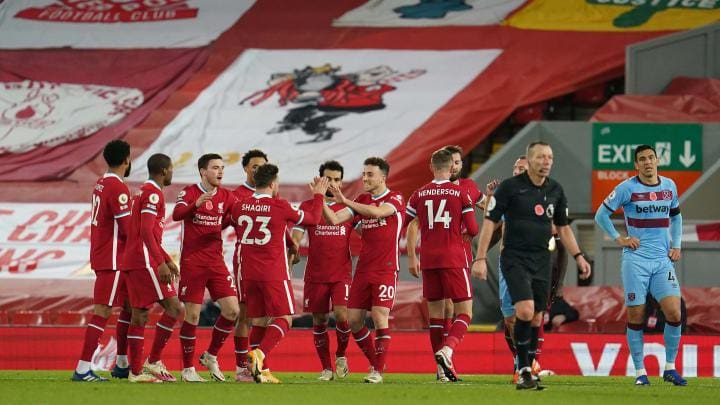 First Takes on Second, Challengers Take on Champions, Tottenham head to Anfield for an early preview into how the title race might be played out. A late Kick-off on Wednesday Night sees the Current Champions come up against one of their Challengers, an opportunity to show the rest of the League exactly why they are Champions. Right now only goal difference separates the two sides heading into the Game, Liverpool and Jurgen Klopp would love to get some breathing space between themselves and their Title rivals.

2000 of The Anfield faithful will be allowed to witness a top of the table clash but they will sing at the top of their lungs for their Side. The stadium might look like it’s only 2000 full but the Cheers will be 53,000 Loud.

Both Teams head into the game having dropped crucial points at the weekend, and lost a chance to go clear of the other. Liverpool are unbeaten in 8, Spurs haven’t lost a game since the opening day of the season. A feisty encounter between two of the best managers Currently in the Premier League, who will come out on top in this tactical battle.

A List that has been growing for Liverpool since the start of the Season, Allison’s return has brought some joy to the Red Half of Merseyside, but that joy quickly evaporated when it was confirmed that Diogo Jota will be out for at least 6 weeks.

Joel Matip remains a Doubt after being taken off at Half time against Fulham on Saturday but Jurgen Klopp  has hopes that he could recover from his back spasm in time for this one.

The Liverpool No. 1 returned back last week after an Injury and will now be Liverpool’s first choice going forward.

Trent’s return to fitness is a huge boost for Liverpool ahead of a very crucial game and his tendency to join in on attacks could help Liverpool breakdown a Tottenham defense that has been very unyielding this season. Matip does look like he will be able to recover for this Wednesday, But Nat Phillips could take his place if Matip isn’t fully fit. While Robertson will be one of the first names on the team-sheet.

Liverpool haven’t had their Leader in defense this season, but even before that the Red’s were conceding at an alarming rate, will the Liverpool Defense be able to handle Two clinical finishers in Kane and Son?.

The Midfield three are Likely to remain the same from the Fulham game as Liverpool will once again look to dominate possession in the center of Midfield. Jurgen Klopp loves a hardworking Midfield and in Jones, Wijnaldum and Henderson he certainly has that. The Problem will remain creativity and against a Tottenham team that is going to sit back, Wijnaldum and Jones will have to drive the attack forward and find spaces to move into when they are in possession.

Liverpool’s trusted front three that is glittered with so much talent will have to come up with some individual brilliance if they are to breakdown the collective Tottenham defense. Mane hasn’t found the net now in 7 Premier League games and an occasion like this seems like the perfect time for the Senegalese to step up to the plate. Salah has been providing the cover however scoring in each of his 5 appearances for Liverpool, his involvement will be pivotal in this game if Liverpool are to get a positive result out of this game. Firmino dropping back deep like he usually does could open up the spaces for the Salah and Mane to run into and for the Runs from Midfield from Jones and Wijnaldum. 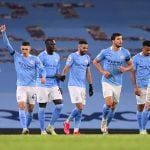 Dissecting Manchester City & their troubles this season
Next Article 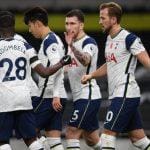 How can Tottenham lineup against Liverpool? | Premier League 2020/21
Leave a comment