Arsenal loanee Henrikh Mkhitaryan has insisted he remains keen on a permanent move to AS Roma despite claims by Mikel Arteta that he could still have a chance at the Emirates Stadium.

Arsenal sanctioned a loan move for Mkhitaryan to Roma last year after attempts to impress then manager Unai Emery backfired.

The Armenia international had scored six goals and assisted three times in the Serie A before the suspension of the league, contributing to the club’s fight for a top four finish.

The playmaker is yet to play under new manager Arteta though the gaffer made a suggestion the 31-year-old could be back at the club in the summer.

Arteta said: “He is the kind of player who can fit in any team when he is at his best. He needs to do it consistently and here he had moments and that’s what we need to assess.” 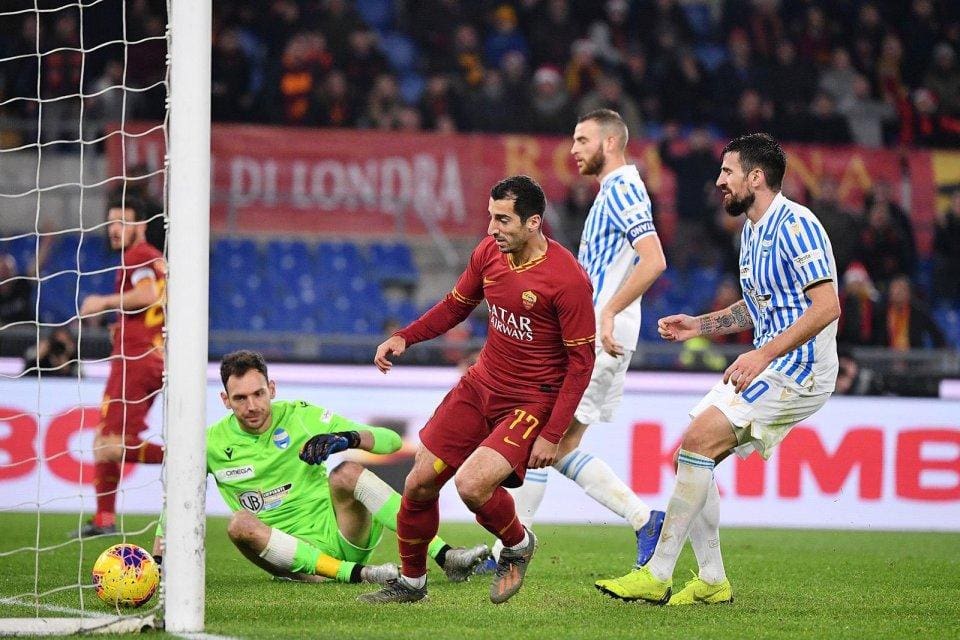 However, it is being reported that the two clubs are in negotiations to examine the possibility of Mkhitaryan making his stay in Italy permanent, with the player admitting that he would love to stay in Rome.

“Of course I would like to be at Roma next season, not only next season but for another few years,” Mkhitaryan said to Grant Wahl on Futbol. “But I still have a contract with Arsenal and it’s not up to me. It’s up to Arsenal and Roma if they will agree terms of the transfer fee.

“So my thinking is to train hard, to play hard, to look forward to what’s going to happen. Of course, if I’m not going to stay at Roma I have to go back to Arsenal.