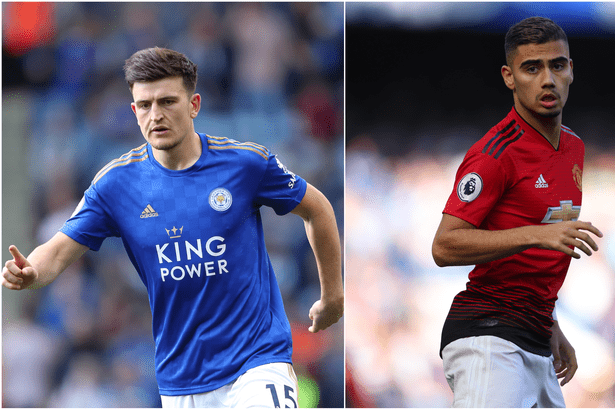 Manchester United are set to offer Andreas Pereira as a part of bid for the signature of Harry Maguire from Leicester City, according to reports.

Leicester City defender Harry Maguire is one of the most in-demand players in England and United are also willing to offer the player £350,000 a week in wages to tempt the player to join the Red devils.

Mancity were touted as the favorites to sign the player as the player preferred a move to the Premier league champions.

However, Leicester City are not willing to sell the player for anything less than £90 million and have only rejected number of offers from Manchester United and Man City.

United are aware that Leicester manager Brendan Rodgers is a big fan of their rookie midfielder Pereira, 23 and could use Brazilian ace as a sweetener in their bid to land Harry Maguire.

A product of the club’s youth system, Pereira established himself as regular member of Solskjaer’s squad last season.

Manchester City may turn their heads to Harry Maguire in bid to replace legendary Vincent Kompany and would certainly be a better option for the Englishman.

Will Manchester United be able to lure Maguire without Champions League football? And will Leicester want Pereira in their ranks? All questions could be answered in the coming days as the build-up to the next season continues in full swing.