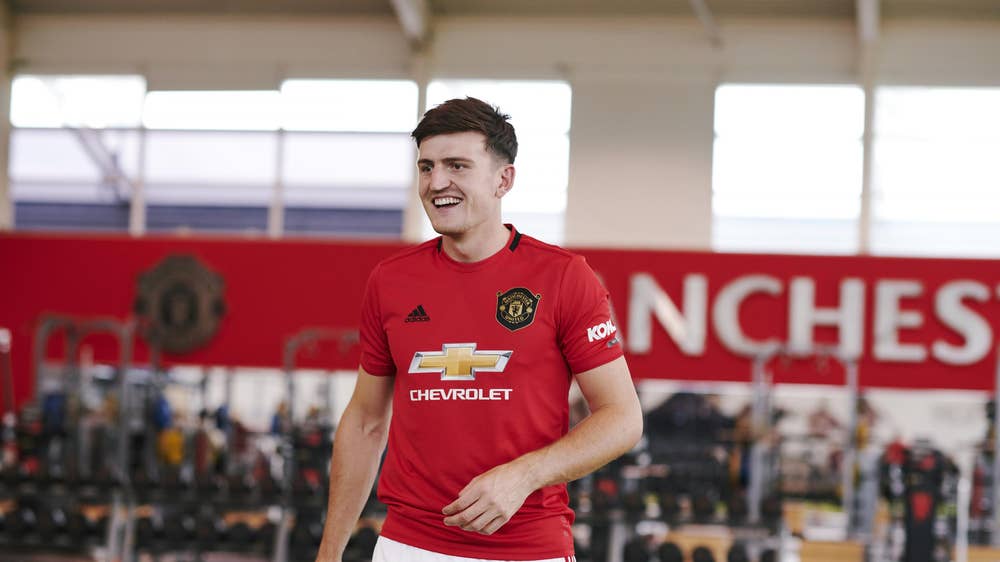 Manchester United signed Harry Maguire for a six-year contract win an option to extend for one more year. The Premier League club broke all the record of acquiring most expensive defender after signing Haguire for £80 million deal.

The English international was head over heals after signing for the club.

Harry Maguire said: “I am delighted to have signed for this great club. I have thoroughly enjoyed my time at Leicester and would like to thank everyone at the club, and the fans, for their fantastic support over the past two seasons. However, when Manchester United come knocking on your door, it is an incredible opportunity.”

“From my conversations with the manager, I am excited about the vision and plans he has for the team. It’s clear to see that Ole is building a team to win trophies. I am now looking forward to meeting my new team-mates and getting the season started.”

Ole Gunnar Solskjaer said: “Harry is one of the best centre-backs in the game today and I am delighted we have secured his signature.”

“He is a great reader of the game and has a strong presence on the pitch, with the ability to remain calm under pressure – coupled with his composure on the ball and a huge presence in both boxes – I can see he will fit well into this group both on and off the pitch.”

“He has a great personality and is a fantastic addition to the club.”

“I would like to welcome Harry to Manchester United and we are looking forward to working with him as we prepare for the new season.”