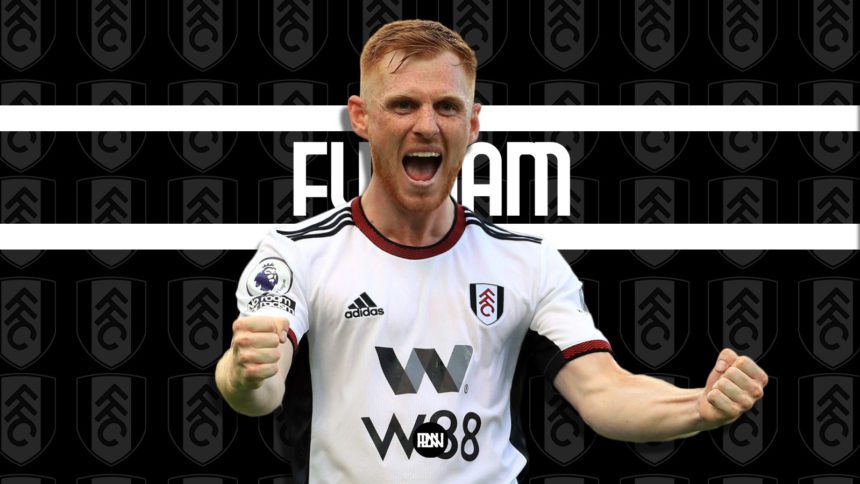 As Fulham was promoted to the Premier League, the consensus and prediction ahead of this season were negative, both in the media and among the Premier League supporters. Running jokes of Norwich City and Fulham swapping places in England’s top two footballing tiers once again resurfaced on the internet.

But Marco Silva and his side buckled down and were certainly ready for the ride this time around. The Cottagers are flying high as they currently occupy the European spots and have impressed everyone with their high-octane attacking football. With a more settled squad combined with Silva’s tactical flexibility, Fulham is no wonder attracting attention.

Aleksandar Mitrovic and Joao Palhinha have been credited with Fulham’s results and rightly so. However, Harrison Reed has been the heart of the team and his performances have massively gone under the radar. Signed from Southampton in 2019, Reed has been ever present in midfield under both Scott Parker and Marco Silva. This article focuses on what makes him tick and why he remains one of Fulham’s important players.

Harrison Reed was a part of Southampton’s famous academy, and his ever-present technical ability unquestionably comes from his time on the south coast. Mauricio Pochettino handed his debut when he was 18, but his appearances for his boyhood club were limited. As a result, he was subsequently loaned to Norwich City and Blackburn Rovers in 2017 and 2018 and his performances caught the attention of Parker and Fulham the following year.

After impressing at Fulham and playing a major role in their promotion campaign, his loan move was made permanent as he finally settled at a club. Reed was impressive under Parker and developed into a player who keeps the ball moving quickly and controls the tempo of the game. Additionally, Reed has bundles of energy and his ball-winning ability was also on display both in the Championship and the Premier League.

While Fulham’s transition to the Premier League in 2020 was rough, Reed had a solid season under his belt. He was used in a double pivot, with Andre Frank Zambo Anguissa regularly featuring alongside him. Anguissa was given the license to carry the ball forward, whilst Reed stayed deeper to mop up the loose balls and let the flow of the game continue.

In fact, he topped the charts among Fulham players in terms of passing accuracy and short passes completed. Further, he also led the distance (in yards) of progressive passes completed and the passes received stats, citing Reed’s importance in progression and his teammates’ trust to provide the ball and let him dictate the play. 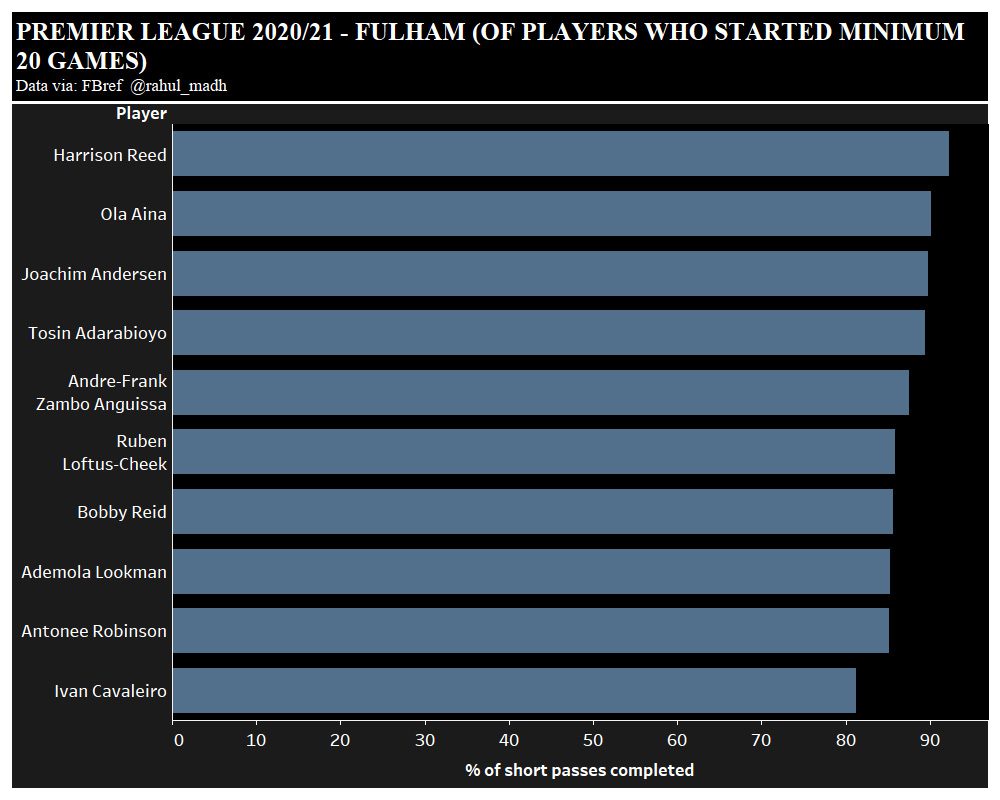 Part of the reason, Parker entrusted him with this role, is his ability to retain the ball in tight spaces. The former Southampton man also prefers to take one or two touches before spreading the ball, which is a key factor in keeping Fulham moving towards the forward areas. Reed invigorated the midfield and acted as a link between the defense and attack as well.

The Englishman improved his game under Parker and credits his former manager for his contribution to developing him tactically. Speaking in 2021, he said, “In the academy it was very technical but I felt the side of the game I needed to improve on most was the tactical side of it. My understanding of the game and reading of the game – and I think that’s what Scott’s given to me massively.”

“I listen to every word he says. He’s on the sideline and he can probably see every picture I’m going to see and he knows where the pressure is going to come from.”

A new role under Marco Silva

Marco Silva’s arrival in 2021 sparked a change in role for the ever-improving Harrison Reed. Previously utilized as a defensive midfielder, Silva spotted Reed’s technical profile combined with his energy and started playing in a box-to-box role. Despite taking time to get used to his new position, Reed has certainly enjoyed the freedom to drive forward this season.

“It is a little bit different. You’re receiving the ball with your back to goal lot. There are different movements and I’m having to do a lot more running off the ball than what I’m used to. So it’s just adapting to that and I feel I’ve done that relatively fast. I do also feel like there’s a lot more to come, in terms of creating chances and chipping in with goals and assists,“ revealed Reed after the Portuguese manager converted him into a number 8.

With that said, he has the freedom to drop deeper when required to aid the buildup through the first phase of the game. With the arrival of Palhinha, Reed has been drifting into the half-spaces more often than not, which is helping Fulham to create numerical superiority upfront. The game against Nottingham Forest recently captures this.

When Issa Diop – Fulham’s left-sided center half has the ball, Reed usually holds his position alongside Palhinha as a double pivot, therefore providing an option for the ball carrier. Notice how Mitrovic has the attention of center half, Scott McKenna, during the buildup. 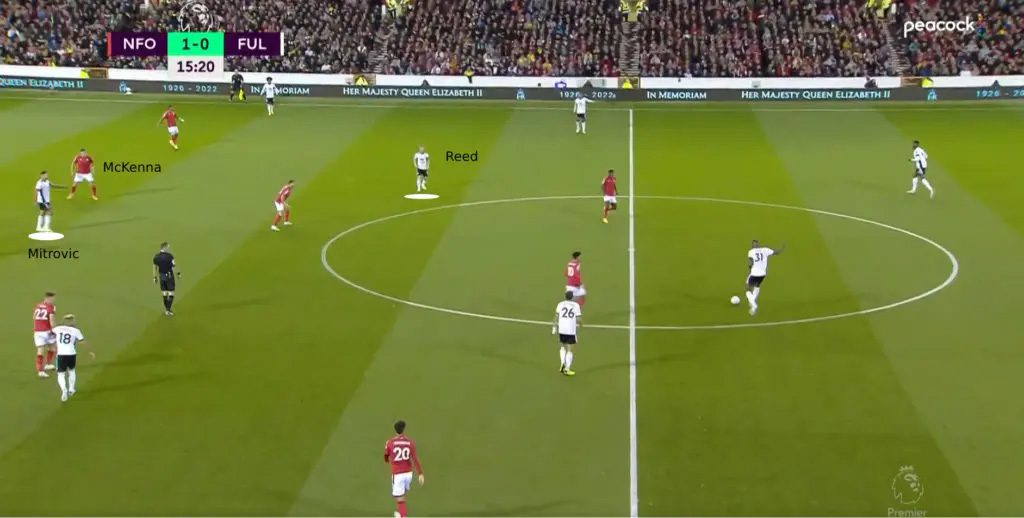 As the ball moves to the right, Reed positions in the half spaces and drifts across his marker in midfield. McKenna now jumps onto Reed to get tight to him, but Mitrovic now has the space to run in behind McKenna, which eventually ends up in a shot on goal. Reed’s presence forward, hence, created an overload here. 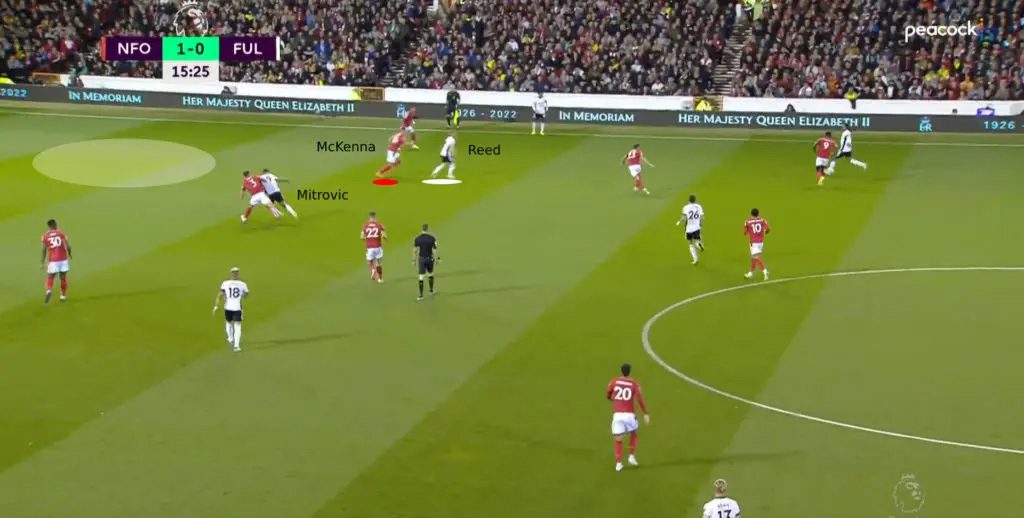 In the same game against Nottingham Forest, he developed an instant understanding on the right side with Willian. Their positional rotations caused problems to Forest’s backline. In the clip below, Willian drops into the half spaces, while Reed makes a run into the vacated space in the wide areas. He then crosses it across to Mitrovic, who has a pop himself. Willian has just started once, but it is evident that his partnership with Reed provides balance to Fulham on the right side.

During Fulham’s 2-1 victory over Brighton & Hove Albion, Reed did well extremely well in finding spaces while Fulham were in possession. Graham Potter took a man-marking approach, but his team was caught in surprise due to a couple of tactical tweaks by Silva. First, Mitrovic dropping deep meant that Fulham overloaded the midfield with Reed constantly finding space in between the lines.

With Reed’s potential to retain possession and swift one-touch passing, Fulham were able to break Brighton’s press with precision. The likes of Andreas Pereira, Kebano, and Decordova-Reid stretched Brighton’s defense and created several chances until Potter ultimately changed his setup. Furthermore, Reed also drifted across to the wide areas, dragging the center halves out of position, which provided the space for the winger (Decordova Reid) to run in behind into the vacated space.

His understanding of the game has been on the up ever since he joined Fulham and he is now proving at the highest level. But for a player starting higher up the pitch, Reed’s goals and assist tally are on the lower side. He did not trouble the net last season and has undoubtedly struggled in that aspect of the game. Having said that, the 27-year-old has vastly improved in terms of arriving in the box at the right time. In the below clip, he miscued the shot, but his instincts around the box are developing by the looks of it.

And he finally scored his first goal for Fulham against Nottingham Forest. Once again, a late run into the box, but this time, he finished it with composure. Well, the Fulham faithful will hope that this is a sign of things to come.

Harrison Reed is still just 27, but his all-round game is on the rise. He is competent as a defensive midfielder, winning duels and controlling the flow of the game (something which the England national team lack) and now has raised the bar as a number 8, playing in a box-to-box role. If he carries on this form, the bigger clubs will surely come fishing for him next season. But for now, Reed is admittedly enjoying life under Marco Silva and the highly ambitious Fulham. 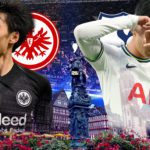 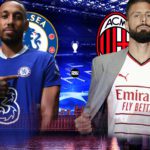