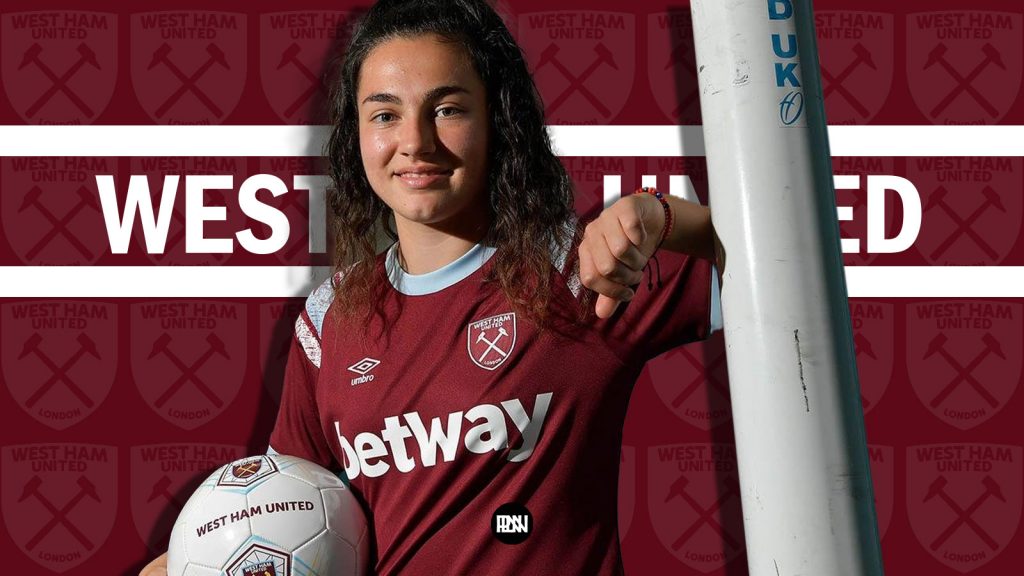 West Ham United have confirmed the signing of 17-year-old wonderkid Halle Houssein from fellow Women’s Super League club Arsenal. After this was announced, Lisa Evans was announced 3 hours later, and so her former teammate from Arsenal and also during her spell at West Ham will be with her for next season.

After signing with the Hammers, she said: “It’s a great feeling and a real honour to sign permanently with the club. West Ham is a hard-working, family Club and I think playing here will provide me with the best possible chance to develop and learn as I continue to grow as a player. Deep down, I’ve always wanted to wear the shirt because I support West Ham, and I achieved that last season – but to have signed here permanently is an amazing feeling. I can’t wait to get going again and see what next season will bring.”

Houssein was part of a dual registration deal with the Irons last season, where she started to get some game time for the senior team, which is brilliant for her development and was something she couldn’t and didn’t really get at Arsenal. She scored her first goal for the club in the League Cup against Chelsea, which must have been a lovely moment for her and her family.

New West Ham manager Paul Konchesky said that “It’s fantastic that we’ve been able to bring Halle back to this football club. A big part of our ethos at West Ham is our desire to give young players the opportunity – whether that be through our own academy or from elsewhere.

Last season, Halle was the perfect example for that as she made her WSL debut and scored on her debut in the Conti Cup. Every time she puts the shirt on, she gives 110% – something every West Ham fan loves. We’re really pleased that Halle is back with us and we are all looking forward to seeing her continued development throughout the upcoming season.”

This signing is one which makes a lot of sense, especially long-term, as Halle is a brilliant prospect and is one who could definitely be a good squad member now, and an excellent player and captain in 4-6 years’ time. Houssein supports the club, so it makes her more likely to extend her contract and try her hardest, something which is always a bonus.

West Ham typically use Houssein in a midfield three, as the player either left or right of the central player. With the likes of Kateřina Svitková and Zaneta Wyne leaving the club, she could take on a different starting role, especially if West Ham doesn’t sign another midfielder. However, for now, all we can really do is speculate, and any in-depth analysis would be premature considering we don’t know how many more signings we’ll see from them this summer.

Halle Houssein became a good option from the bench and an option to start matches, and Konchesky will hope that she only continues to develop as a player and as a person. With the likes of Lisa Evans, Kate Longhurst and obviously manager Paul Konchesky to learn from, she should be a lovely addition to this West Ham squad. 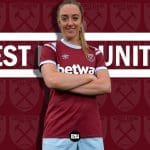 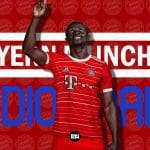 Sadio Mane to Bayern Munich, HERE WE GO – What can he bring to the Bavarians?
Leave a comment